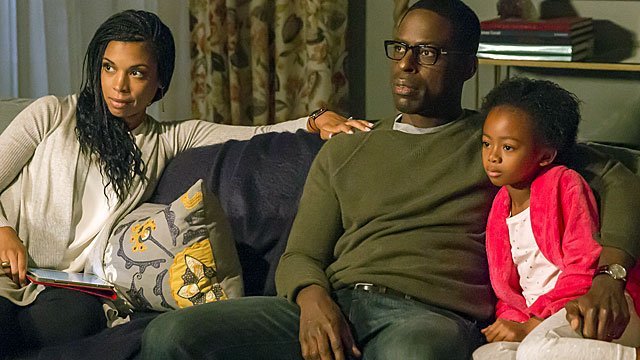 Susan Kelechi Watson and Sterling K. Brown play a happy couple in the new show “This is Us,” which portrays the daily struggles that each person faces in his or her life.

Yael Ben-Shachar
Lifestyle
October 5, 2016
Fall has just begun, and with this season comes cozy sweaters, fallen leaves and most importantly, the fall television season –– which is when many new shows premiere their pilot episode.

Created by Dan Fogelman, “This Is Us,” is a tear-wrenching story that follows a group of seemingly unconnected individuals on their 36th birthdays. The show opens with Jack (Milo Ventimiglia) comforting his pregnant wife Rebecca (Mandy Moore), just as her water breaks. Later, Randall (Sterling K. Brown), a successful businessman and doting family man, is seen uncovering the whereabouts of his adopted father. Kate (Chrissy Metz) is introduced as an obese and insecure woman attempting to lose weight. Kevin (Justin Hartley), a handsome actor, begins to question the bachelor lifestyle in which he has immersed himself.

Each actor is captivating in their respective role, allowing viewers to connect with and become invested in the characters. Furthermore, the transitions from character to character, which are often choppy in television shows and movies that follow several storylines, are seamless.

While “This Is Us” is full of great acting and plot points, the ending of the pilot episode leads to questions of how the season can continue in the same positive direction as the first episode. Additionally, some of the characters appear a bit one-sided — Kate believes that all her problems will subside once she loses weight, and Jack continues to be unrealistically optimistic even as many problems arise during Rebecca’s labor.

Although “This is Us” has its faults, its characters are extremely relatable, making the emotions introduced in the story feel real. As a result, the show is perfect for anyone looking for a good, cathartic cry.

What happens after death? That is what Eleanor Shellstrop (Kristen Bell) discovers after a fatal accident in the parking lot of a grocery store in “The Good Place,” the brainchild of Michael Schur. Eleanor finds herself in “The Good Place,” where only the very best people go after they die; even Mozart did not make the cut.

However, Eleanor, a self-centered, deceptive, former saleswoman, undoubtedly does not belong in “The Good Place.” In fact, Eleanor is only there due to a mistake caused by Michael (Ted Danson), the architect of her afterlife town. Consequently, Eleanor pretends to be as righteous and kind as the woman she was mistaken for with the help of her “soulmate,” Chidi Anagonye (William Jackson Harper).

While Kristen Bell, who is known for being extremely genial, seems like an odd choice for such a narcissistic character, Bell plays Eleanor in a way that makes her unlikeable character relatable to the audience. Additionally,  Harper acts in a way that conveys both his annoyance and sympathy for Eleanor, giving his character more complexity and humor.  Although the acting is excellent, part of the storyline seems childish in its nature. For example, whenever Eleanor behaves poorly, chaos ensues and trash falls from the sky, which seems like a story parents tell their kids in order to persuade them to be polite.

The storyline needs some work, but hopefully with time and continuous good acting, the show will be even more witty and heartwarming than it already is.

In “Designated Survivor,” Tom Kirkman (Kiefer Sutherland) is the Secretary of Housing and Urban Development, 12th in line to the American presidency and a father of two children, whom he raises with his wife Alex (Natascha McElhone).  An uproar begins when an attack during the State of the Union Address kills the President, many cabinet members and all of Congress, leaving Kirkman, the designated survivor, to take over as President of the United States.

Sutherland does a great job portraying the role of a man experiencing immense fear while simultaneously trying to stay strong during a time of turmoil. Although “Designated Survivor” is about the presidency, it is very different from the many political dramas that have been popular. Many other shows display confident and deceitful politicians, but “Designated Survivor”  looks at the uncertainty and panic that result from being thrown into the presidency. Kirkman is the most under-qualified president when compared to other political shows and films.

“Designated Survivor” could take several different routes: it could turn into a political drama, a story of the president trying to balance family and responsibility or a story of corrupt government officials attempting to oust the president. Regardless of how the story progresses, it will be exciting to see what direction creator David Guggenheim takes with this political drama.