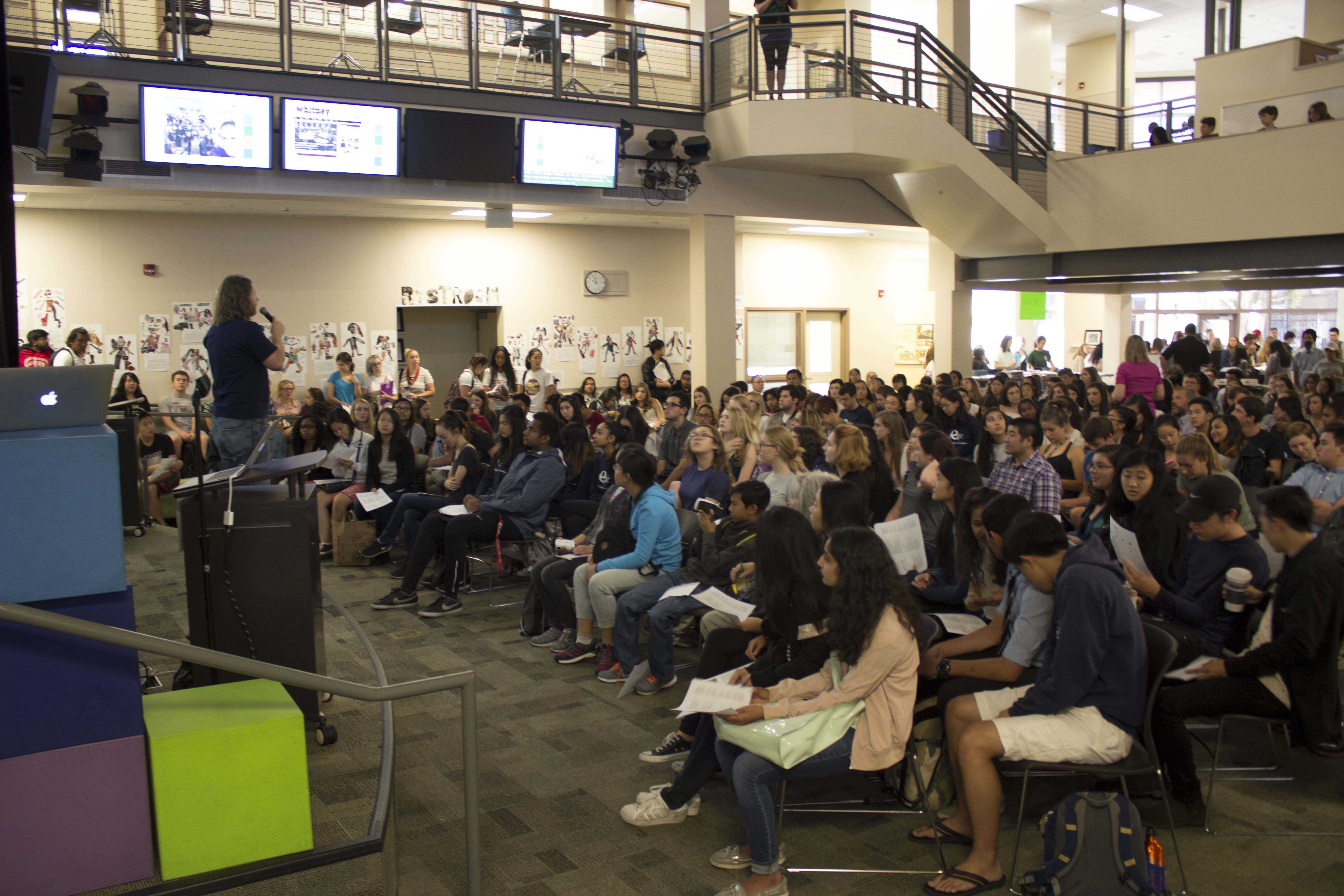 The JEANC is a non-profit, California-based organization that sponsors events and hosts workshops and conventions. The NorCal media conference is now held in the Media Arts Center instead of  the Sacramento Convention Center. This benefits all parties, as the NorCal Journalism Convention was  traditionally held in Sacramento, where the JEANC had to pay a substantial fee to the Sacramento Convention Center in order to host the event. Those expenses were passed onto the conference’s attendees. Paly has covered the location costs over the past several years, allowing the convention to be free for visitors.

“It replicates in a day all that you would get in a year of beginning and advanced journalism, except for the actual practice of production,” said Paul Kandell, journalism adviser at Palo Alto High School. “But you learn how to do every piece. There’s design, reporting, photography, law, ethics, visits with professional journalists and contests.” Over 400 students from all around Northern California attended the event.

“It is interesting that Paly is sharing their publication ideas with other schools,” junior Michaela Fogarty said. “Hopefully we can influence other schools to implement new things into their journalism programs.” Paly students appreciate the change in location for different reasons.

The jam-packed media day included events such as “Linger longer, it’s more than just a picture book” and “Moonshots in Education” presented by Brian Wilson and Esther Wojcicki, Paly journalism advisors, respectively. Both events were a hit, as was “Pushing the envelope in web journalism,” which was presented by Paly Voice staff members.

“It was very interesting to see the different newspapers, and how much effort a lot of schools put into it,” said James Lowdon, sophomore at Burlingame High School. “It is beneficial for other schools to see. It was a very well organized event overall, and I look forward to coming back in the future.”