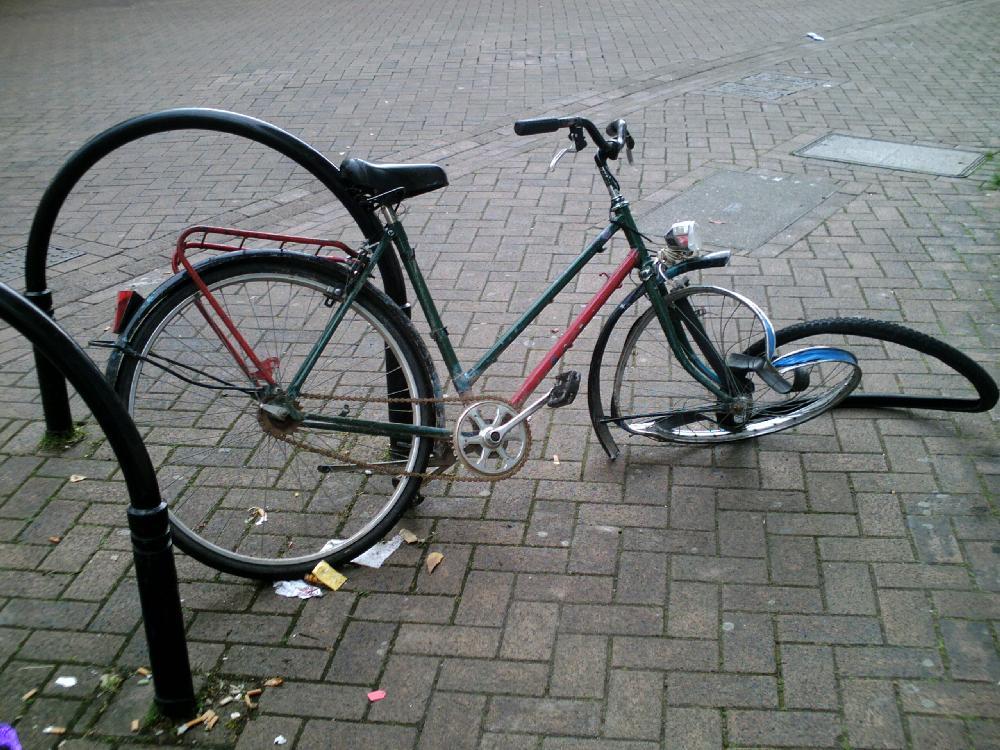 Philip Ericsson
News
October 26, 2016
It is estimated that 1.5 million bicycles are stolen each year. Theft in general is continually on the rise on college campuses and high schools across the nation. Unattended personal belonging, poor locks and declining bicycle registration have long been present at Palo Alto High School. However, recent thieves have exploited the school’s lax security measures, resulting in thefts across Palo Alto High School.

In terms of bike thefts, there are precautions that every biker should consider to help minimize the chance of falling victim to bike thievery.

At colleges nationwide, bike thefts are the number one campus crime and account for over half of all property thefts. Many riders are hesitant to report the crime as police give bike theft a lower priority relative to other crimes. Additionally, only 2.4 percent of stolen bikes are ever recovered.

The unfortunate prevalence of bike thefts is no different at Palo Alto High School. Since the beginning of the year there have been over 20 bikes stolen.

It is estimated that several bikes are stolen each week from Paly’s, and only a small number of the bikes are ever recovered.

The large problem was brought up at a site council meeting at Paly recently. The issue was brought up by Paly Principal Kim Diorio, as she cited the large increase in bike thefts since the beginning of the school year.

Diorio mentioned that the school has security cameras around the perimeters of all of the bike racks and scattered around the school, but that many of the bikes are stolen because students fail to lock their bikes when they are rushing to class.

Paly senior Naveen Pai has fallen victim to bike theft, but does not blame Paly as a school.

“I don’t think there’s much Paly can do to prevent the thefts,” Paid said. “I take responsibility because I left my bike over night and I didn’t have a good lock”.

Students at Paly should be mindful of not leaving their bikes at school overnight, as this increases the chances of having it stolen.

They should also consider registering the bikes with the city of Palo Alto as it will be easier to find if it is ever lost.

Furthermore, while traditional bike locks stand little to no chance against bolt cutters, U-Locks are nearly impossible to cut through, presenting a much more formidable obstacle to potential thieves.

“I would advise other students to be very mindful about where they’re leaving their bikes and for how long, and also to buy a U-Lock,” Pai said.

However, the widespread theft has not solely encompassed the theft of bikes. The cross-country team was robbed on Oct. 11 when an unknown person went through several students backpacks and removed cash and credit cards.

Student backpacks were left unattended on the benches surrounding the track, and the thief stole the items during the middle of practice in broad daylight.

Team parent Malcolm Slaney sent an email out to the team the next day, warning students to be vigilant of suspicious activity around the shed.

“If you are at the track, please keep an eye of your friend’s backpacks, if you see somebody you don’t know, please ask them who they are,” Slaney said.

The cross-country team has since moved all backpacks into the track shed, which remains locked during practice times. Due to the recent wave of thefts, students are advised to remain aware of the risks of leaving belongings unattended at campus and be mindful of their possessions regardless whether it is during school hours or after school.