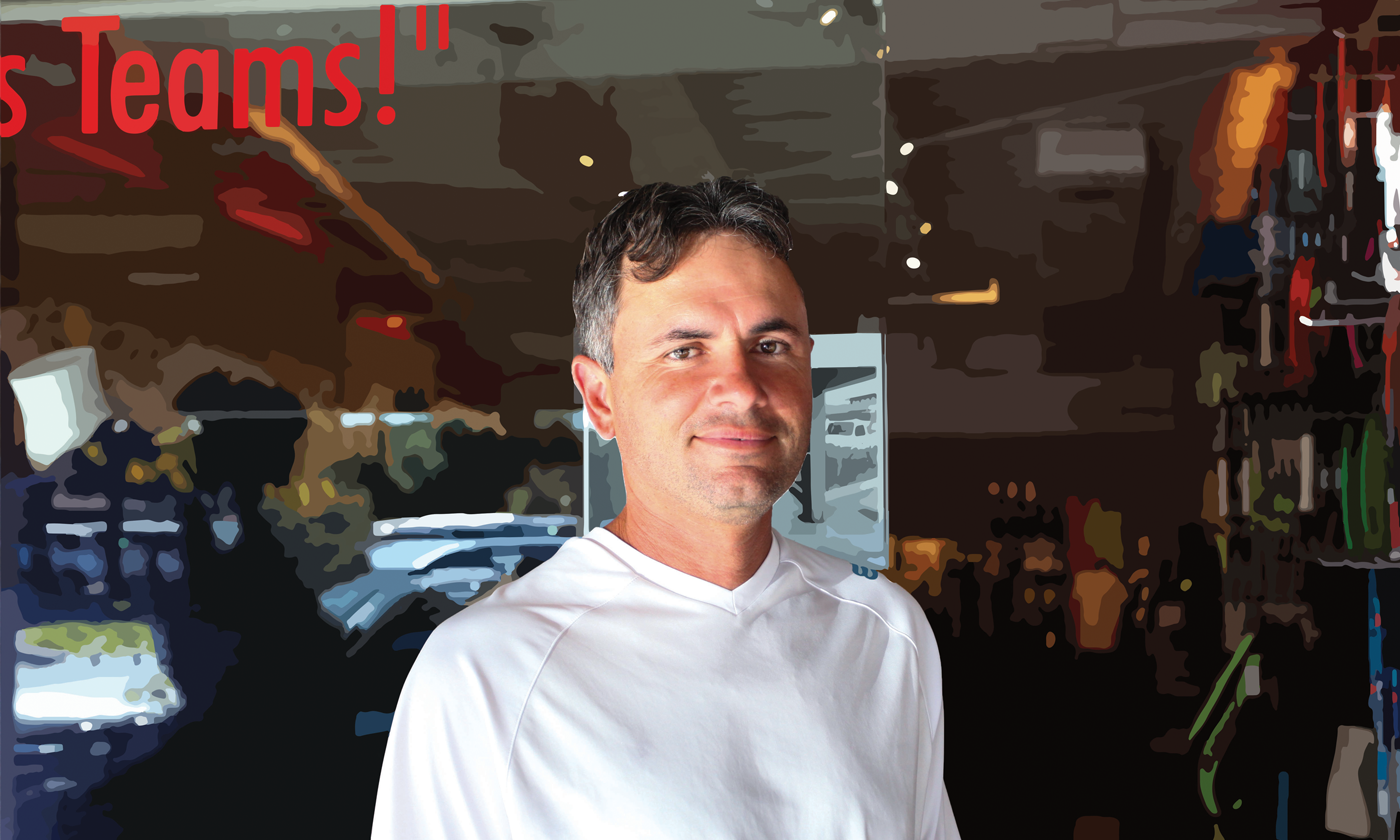 Tennis is played for a variety of reasons, including competition, relaxation, exercise or collegiate recruitment. But for Todor Manchev, Paly’s tennis coach and owner of Tennis Town and Country, the sport has given him hope during his time in the army, allowed him to escape a strict Communist country and imbued him with the tools to pursue a new life that allows him to impart his knowledge of the sport onto others. Born in Bulgaria during the rule of the oppressive Bulgarian Communist Party, Manchev pursued tennis as a ticket out of a dangerous country in which the government hunted down and killed anyone who spoke freely.

“My dad had me start playing at around 8 years old because he thought it was the best way to escape from a communist country,” Manchev said.

Manchev quickly rose to the forefront of Bulgarian tennis, and began practicing for hours each day. By age 14, tennis soon became much more than a game. The sport was providing him with opportunities beyond the reach of most Bulgarians.  At the time, traveling outside the country was stric   prohibited, but as a tennis player, Manchev was allowed to travel internationally for tournaments and major events.

“I was once ranked fourth in Bulgaria, which helped me travel around Western Europe while my parents [had to stay in Bulgaria].” Manchev said.

However, it soon became time for the next stage of Manchev’s life. The Communist Bulgarian regime had a mandatory military service policy for men between the ages of 18 and 27, and Manchev was forced to leave home.

“It was dramatic. It felt as though I was entering jail,” Manchev said. “Cleaning the floor in the middle of the night, doing 5 a.m. PTs [Physical Training], then battle drills.”

The Bulgarian Army at the time was in a state of chaos. A corrupt organization at the time, it was well-known for excessive punishments, such as brutally arresting those who mocked former dictator Todor Zhivkov’s accent.

Manchev saw his fair share of army mishaps while enlisted. He described going to the range and noticing an officer tightly holding each soldier’s gun as they shot at targets. When he asked his commander why this was the case, the commander replied that it was to prevent soldiers from turning around and shooting and thus murdering their commanding officers.

Another time, a fellow soldier was playing with his gun out of boredom. He pulled the trigger, accidentally shooting another soldier in the leg.

Tennis soon came to rescue Manchev from the perils of the army. As a top player in Bulgaria, he was excused from standard military duties and was put in the “Sport Army,” a branch of the armed forces for elite athletes. This army had the duty of keeping peace in the cities of Bulgaria, and as a result was significantly more hospitable than other army posts.

Manchev was excused from much of the army’s training to practice, and would often play tennis early in the morning with his army commanders and generals. Nevertheless, he quickly acquired a distaste for the strictness and rigor of army life.

“The Sport Army was closer to home and [had] better conditions, which made it better,” Manchev said. “The army overall was a waste of time, but it does build character.”

It was this character that gave Manchev courage to take a leap of faith in 1998 and  decide to come to the United States. He had previously visited America for tennis tournaments, and his decision to move was largely influenced by the Bulgarian perception of the country across the Atlantic.

“The U.S. in those days had a paradise-like image among Bulgarians,” Manchev said. “We all dreamed about coming here. We had this image of a life full of opportunities.”

Manchev immigrated to the U.S. in 1998, and he soon found out that the U.S. was not exactly the paradise that was advertised. The difference in culture was hard to deal with.

“When I first came to the U.S., I was excited, but at the same time colliding cultures did affect my confidence,” Manchev said.

He began playing tennis tournaments, taking classes at California State University at Hayward, and started coaching in his free time. His days became busy, and coaching allowed him to relieve stress while providing him with a steady source of income.

“Coaching was the best job I could get, as it had good pay and little competition,” Manchev said. “There were no job opportunities in those days.”

Manchev began coaching local students, and quickly developed a reputation for being the best tennis coach in the area.

“As a coach, Todor is more laid-back than most,” said sophomore and JV player Nishant Patwardhan.  “But that doesn’t mean he doesn’t care. He places no stress on the players and pushes them to get better.”

His excellent coaching and drive to help others improve is never lost in his students, and as a result, he has become one of the most sought after coaches in the Bay Area.

“Todor knows the game of tennis very well, but he also knows how to coach,” said freshman Neil Kapoor. “He isn’t the coach who yells the most, but he’s the coach whose students win the most.”

After making a name as a coach, Manchev opened Tennis Town and Country in 2009. The shop offers a variety of tennis equipment and has become a premier establishment, serving both Stanford tennis teams, Paly tennis players and many others who enjoy playing the sport of tennis. Yet another product of Manchev’s hard work and relentless drive, a quick look at the shop’s Yelp page reveals an endless barrage of five-star reviews and lengthy paragraphs about family service, great quality and affordability.

Manchev’s story is neither simple nor easy. It began in a country that hunted down free thinkers, and continues today in the land of the free. But this is this type of story that Americans must cherish, because it is an example of the “American Dream that make this country great.