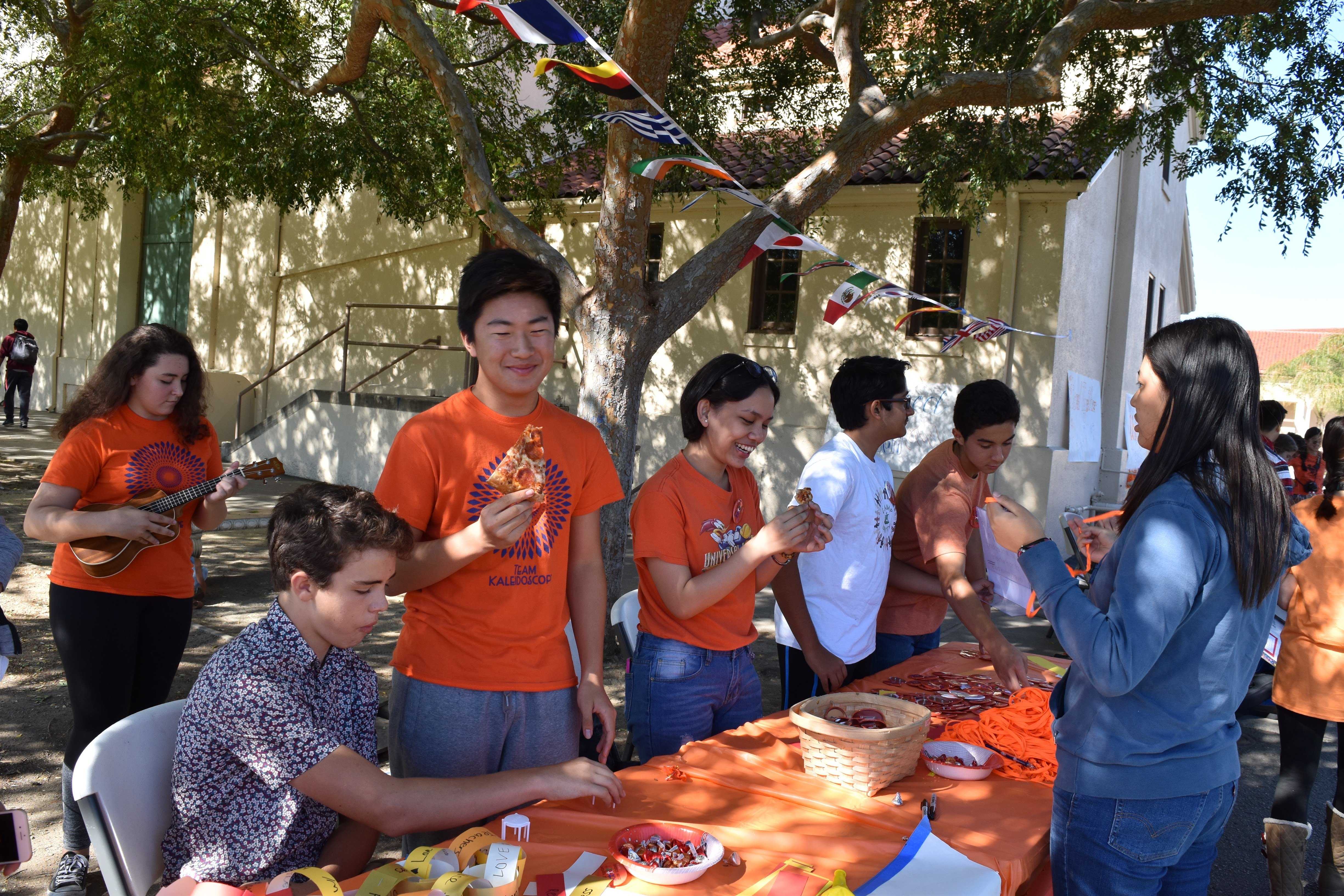 Bound together with orange shirts and pins, Palo Alto High School held its second annual Unity Day event on the quad on Oct. 26. Hosted by the Wellness Center along with the help of Camp Unity participants, Unity Day celebrates a spirit of acceptance and takes a stance against bullying.

The lunchtime event featured a booth to create “links of love,” a paper chain of slips composed of ideas that Paly students and staff have written to help create a more accepting and inclusive space for everybody.

In addition, the event also sported a photo project called “Unity Means.” The booth offered white boards for participants to write how they personally view what unity should be about.

However, due to the PSAT, Paly and Gunn High School held their Unity Day events on Wednesday, a week after the national Unity Day on Oct. 19. Despite the scheduling conflict, Chang still believed that it was imperative for Paly to host this event.

“I thought it was really important to recognize Unity Day here at Paly because it’s so important to celebrate diversity and differences, not just for anti-bullying but just to really show that we’re a supportive environment for students and staff, regardless of their gender or their race, where they come from or how they identify,” Chang said.

“I am so proud of our students and grateful to our teachers, school leaders, and our supportive parents for their participation in such an important and symbolic day,” McGee said. “In fact, wellness and safety is one of the three goals in PAUSD this school year and that is not by accident. It is our goal to make sure students feel safe in an environment where they come to learn.”

In the future, the Wellness Center hopes to bring the entire district together to coordinate a joint movement in the celebration of Unity Day.

“We’re trying to create a tradition, which I think is really important,” Chang said. “It’s not something that’s really ingrained here yet but it is something that, maybe in the future, we will be coordinating with other schools to really unite and drive home the point of unity.”