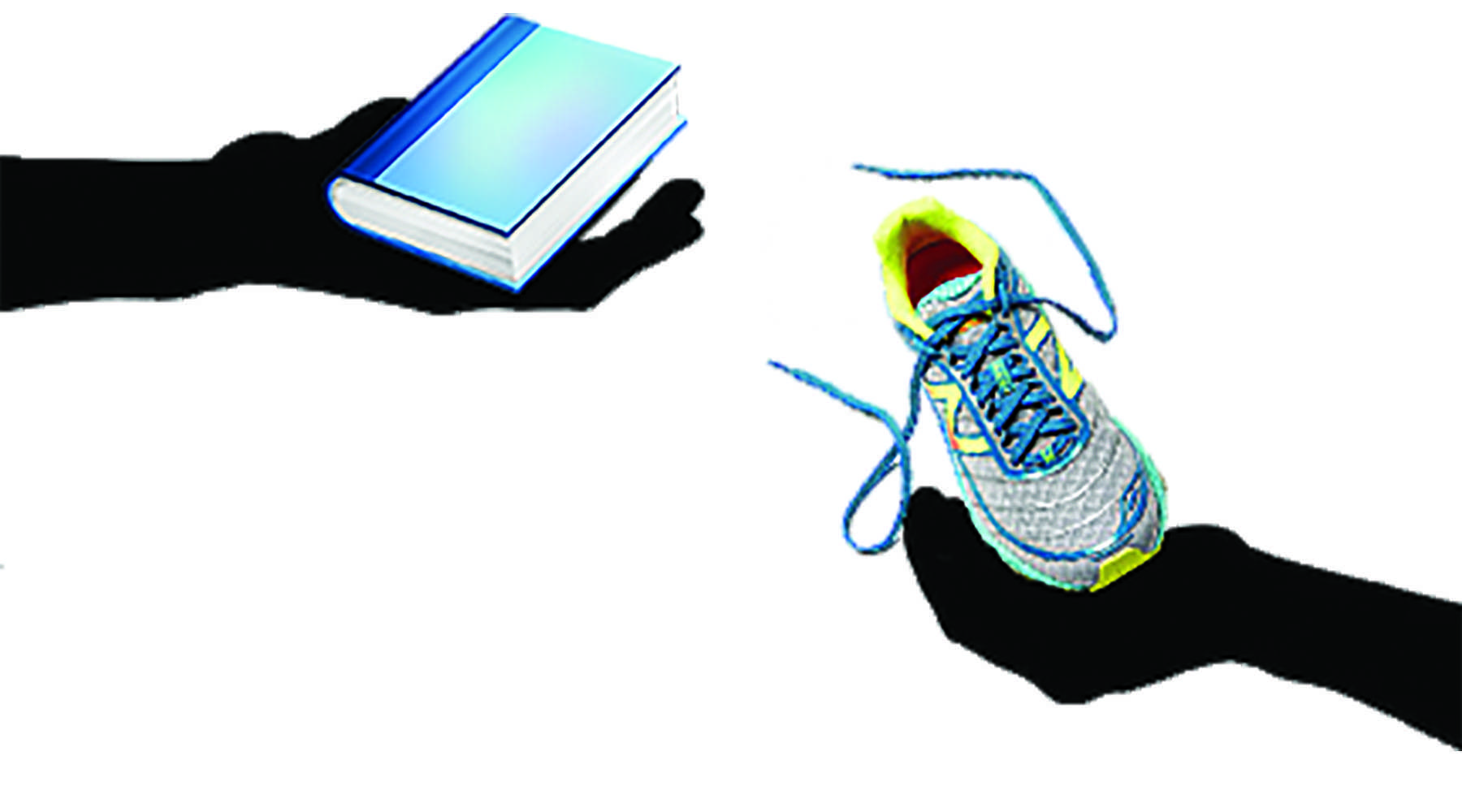 The life of a high school student can be overwhelming — it’s difficult to juggle school work, clubs and activities, internships and various sports. At such an important time in one’s life, it is essential for us to balance the various aspects of our lifestyles — most importantly, our exercise habits, sleep cycles, and diet.

It may seem to many students at Palo Alto High School that one doesn’t have much time to spare in between coming home from school, finishing homework and studying for upcoming exams. However, it is important that students spend some of their free time doing a bit of exercise each day.

Not only does working out  build muscle and overall fitness, but it also exercises the brain. Those who perform cardio exercises for a brief period of twenty minutes  also experience immediate improvements in creativity, memory and the ability to concentrate after exercise. Perhaps the largest benefit working out is that one’s  brain cell count actually increases with continued regular  exercise. After a few weeks, new brain cells are developed in the hippocampus, which is the memory center of the brain. If continued exercise is performed for a period of six months, the coupling patterns, which are the magnetic interactions between neighboring, non-equivalent NMR-active nuclei, in the brain are strengthened. Low intensity exercise, such as walking, is also shown to benefit especially high school students’ brains. According to a study by Anders Hansen, who is a senior physician at the Psychiatry at Karolinska Institutet in Stockholm, Sweden, students memorize 20 percent more vocabulary and important facts when performing low intensity physical activity, such as walking because the blood flow to your brain is increased by 20 percent.

Next time you really want to ace that math test, take a quick jog before you sit down with those meticulous class notes and extra problems from the back of the textbook to potentially significantly improve your score!

Mikael Mattsson is a Swedish researcher from The Swedish School of Sport and Health Sciences who is currently working as a visiting assistant professor at Stanford University. Mattsson earned a PhD in Medical Sciences – Exercise Physiology at Karolinska Institutet in Stockholm, and currently competes at the international level in Adventure Racing, which is a competition where teams compete in expedition-length races which involve two or more sporting disciplines, often running, mountain biking, climbing, kayaking, and elements of navigation and orienteering. His main focus of study at Stanford involves the Exercise at the Limit – Inherited Traits of Endurance (ELITE) program. Mattsson’s study pertains to sports genetics, briefly defined as the study of the idealistic characteristics and traits of high performing athletes, and he aims to characterize the genetic determinants of human performance by studying the extreme of the distribution.

“Simply put, we are looking for the fittest people in the world and try to understand what makes them great,” Mattsson said. “We are recruiting athletes from all over the globe, including Scandinavia, the U.S, the U.K, Spain, Japan, Brazil and Kenya, who are successful in endurance sports such as running, cross country skiing, triathlon, cycling and rowing.”

Even though a minimal percentage of high school students are considered “athletically elite,” the studies and conclusions drawn from those students who are at this level can help a wide range of  people, young and old, to improve their physical effectiveness and ability to perform at a high level in their respective daily activities. xercise is a critical activity, more critical than many perceive, and Mattsson describes it as an “investment in time.”

“You should not view exercise as some leisure activity that you can cut back on if you have a busy schedule,” Mattsson said. “Training is an investment in time! In the long run, every minute of exercise gives you approximately five minutes of extra life, but more importantly, your immediate performance will increase.”

Mattsson also describes a study involving sleep patterns and how the amount of sleep a collegiate basketball player gets correlates directly to heightened ability to perform on the Stanford University Men’s Basketball Team. High school students often voice complaints of  long hours of homework and studying that are cutting into the amount of time students have to sleep. But how much sleep is really necessary for us to get, and can more sleep improve our ability to perform in school and sport related activities?

The amount of sleep needed by any given person is dependent on the amount of strain that is put on one’s body during any given day. When that amount of sleep is not met, the body’s immune system is one of the first things that is greatly impacted by a lack of sleep. If you sleep less than five hours per night, the risk of contracting an infection, for example a cold, fever or flu, is three times greater than if you sleep seven hours or more each night. Adults typically need around seven to eight hours of sleep each night, but as a growing high school student, you need to get eight or more hours of sleep each night to be able to stay as healthy as possible and perform to the best of one’s ability.

In the sleep study of the basketball team, the amount of sleep each player got was increased from eight to ten hours per night, and the results of the slight increase of a few hours was dramatic. The team’s performance in both precision activities (free throw and 3-point shooting) along with physical tests (15 second sprints) showed improvements of nine and four percent respectively after only six weeks.

“It is important to understand that if you sleep too little, the body will prioritize restoring and recovering bodily functions and cut back on the type of sleep which recovers the brain,” Mattsson said.

Apart from exercising and getting sufficient sleep, to live a balanced lifestyle a high school student should try to pay attention to proper nutrition. “Proper” may seem like a very general word to describe a diet, but “proper” nutrition does not insinuate to follow a rigid diet, but rather in the sense that you need to consume high-quality food for your specific bodily needs to work optimally.

“It is quite striking to compare nutrition to gasoline and oil for your car; it will still work if you add products with lower quality but it will perform worse, need more maintenance, and break down easier and sooner,” Mattsson said.

Energy and nutrient content in the form of vitamins and minerals need to be taken into account when deciding if a food is “high quality.” A balanced diet is key. If you eat too much, you will gain weight, which can eventually lead to different sorts of health problems such as diabetes and cardiac disease, and if you eat too little you will lose weight, which can also lead to significant health risks. An important aspect of nutritional quality is the fact that the products with the same amount of energy can have very different nutritional content: compare, for example, soda with vegetables. Soda and a certain portion of veggies may each have an equal amount of calories, but their nutrients vary greatly as soda has almost no nutritional value while vegetables have their respective vitamin and mineral quantities. Somewhat paradoxically, people who exercise can be less strict with their food intake. That is because energy demand increases more nutrient demand and when more food is needed one may slack off in terms of eating a balanced amount of foods healthy for their body.

It is important for high schoolers to take into account what can be done each and every day to ensure that we are performing to the best of our ability in each facet of our lives. Though it may seem like another burden to undertake, living a balanced lifestyle is a key way to ensure success and it is an investment for life which will always pay off.