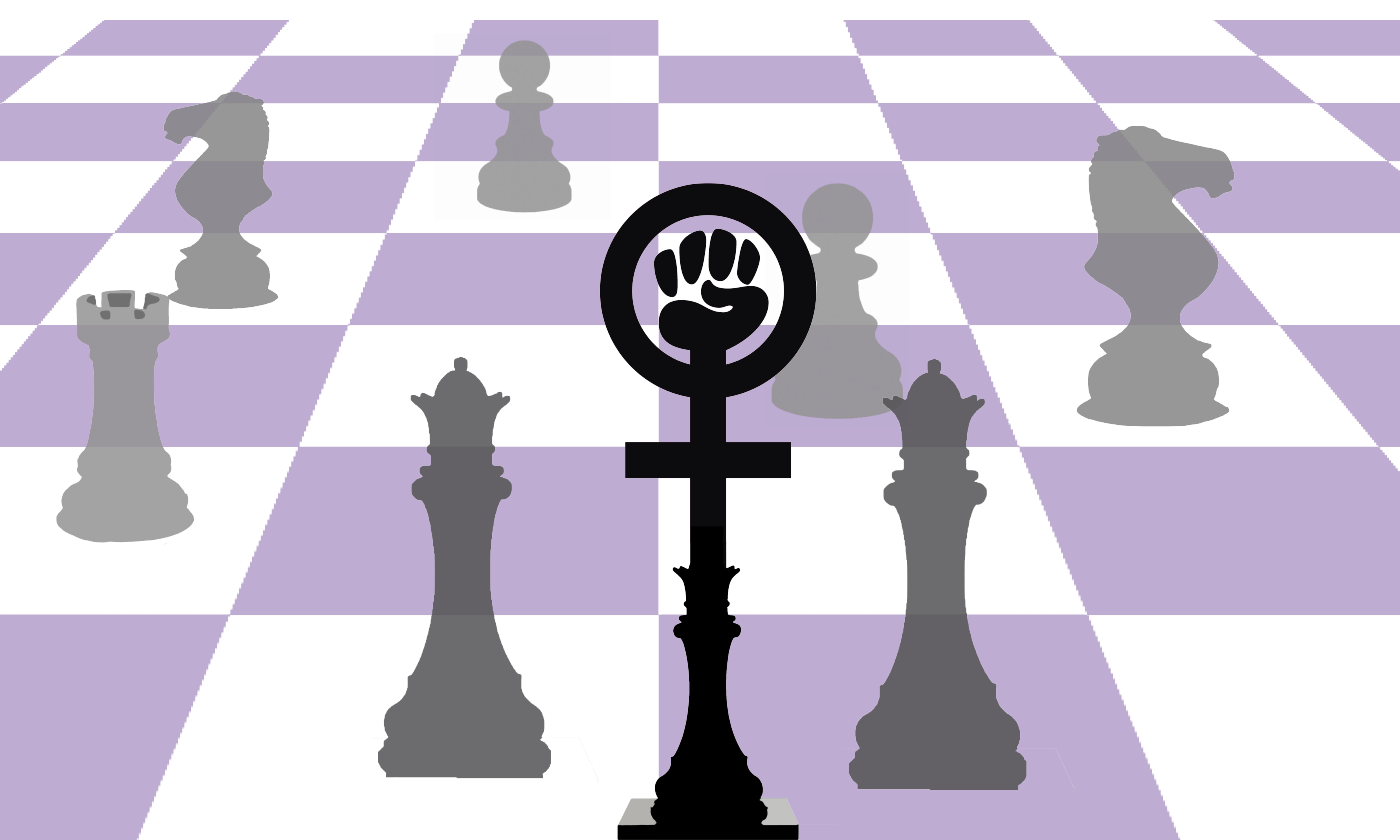 Susan Polgar: The Queen of Chess

Alice Zhao
Showcase
November 15, 2016
Checkmate!
Malala Yousafzai — female education activist and the youngest Nobel Prize laureate. Marie Curie — physicist and chemist who conducted groundbreaking research on radioactivity. Susan Polgar —  renowned Triple Crown chess legend. All are women who broke barriers in previously male-dominated fields. Although the trek up was by no means an easy one, these women persevered in the face of discrimination and unequal opportunity. While less recognizable than her competitors, Polgar prevailed in the chess community as the first woman to qualify and win the Men’s World Championship.

Polgar’s father, Laszlo Polgar, wanted to prove that “geniuses are made, not born,” so he set out to make his daughter a genius. After first instructing her in math, he stumbled upon chess and found that Susan showed a strong affinity for it. She won her first tournament at the age of four, with a perfect 10-0 record.

“I got introduced to the game by my father,” Polgar said. “Even though he was an amateur chess player, he believed that he should support my passion. He made [chess] sound like a fairy tale. By the time I was five or six, I knew that chess would be a major part of my life.”

By the age of 15, Polgar was the top ranked woman in the chess community. Polgar was also the first to earn the Triple Crown in 1996 by winning all three major chess competitions — the World Rapid, World Blitz and World Classical Championships — in the 1996 Women’s World Championship. Polgar is also a five-time Olympic Chess Champion  and  holds  the  record  for  most  consecutive games played (1,131 games with 1,112 wins).

The list of her accomplishments in chess are endless — however, Polgar is also credited as a strong advocate for women by breaking almost every gender barrier in chess. In 1986, she became the first woman to qualify for the Men’s World Championship, but was barred from competing because of her gender. After proving her obvious prowess time and time again, Polgar eventually went on to be the first woman to earn the Grandmaster title in the Men’s World Championship in 1991.

The essence of chess is a battle of the minds,” Polgar said. “While the game starts out with equal chances regardless of who you play — whether you’re five years old playing a 50-year-old, a boy or a girl, whatever combination you look at — You can outsmart your opponent. To me that’s the most attractive part about chess.”

Yet, in proving herself to be a world-class chess player, Polgar faced significant misogyny and discrimination. When reflecting on her own experience as a woman in a male-dominated sport, Polgar offered words of encouragement and advice for girls around the world.

“Don’t get discouraged by guys who try to put you down [by those who] don’t believe in you,” Polgar said. “Believe in yourself, you can do it.”

A Tru(ong) Story
Polgar met Paul Truong at a chess tournament in 1985, and the two quickly became friends. Before meeting again, they each had their own careers and marriages, ending in divorce. They decided to partner up to coach collegiate chess and got married in the process.

At the age of four, while most of us were still learning to count, Truong discovered chess by accident through a plastic toy chess set. Truong’s father was reading the instructions and playing along with him.

“My father had no idea what chess was about,” Truong said. “[Chess] is like an equalizer. If you look at any other sport, take basketball for example; you basically have to be born tall. In chess it doesn’t matter — chess transcends race, religion, age and gender. We can play the whole game without seeing the board. That’s how we train our minds.”

Truong’s family was targeted during the Vietnam war in the 70s due to his father’s high standing in the U.S. Embassy during the Vietnam War. This forced the family into hiding for years until the fourth anniversary of the war, when they made their escape to the United States. Hundreds of escapees crowded on a boat designed for 65 meant that not everyone made it to shore, but Truong’s family was lucky enough to remain intact.

SPICE(ing) it up
Since retiring from play in 2006, Polgar has coached the Division I Chess Team at Texas Tech University, helping them to win the President’s Cup known as The Final Four of College Chess. Polgar overcame yet another obstacle by being the first female to coach a Division I chess team to victory.

Most recently, she and her husband founded the Susan Polgar Institute for Chess Excellence (SPICE), a collegiate Division I chess team and three-time consecutive national champion at Webster University in St. Louis. SPICE has been ranked the number one collegiate chess team in the nation since 2012. As a result, Polgar has been named “College Chess Coach of the Year” and “World’s Top Coach.”

SPICE also offers scholarship opportunities to its members for up to full tuition. Its mission includes promoting women’s chess and using chess to enrich education and problem-solving. Polgar trains students every day and a typical student trains twice or three times a week. Players are also required to hone their skills on their own time with individual assignments.

As strong advocators for women in chess, Polgar and Truong were recently in the Bay Area for the North American All Girl Championship for chess sponsored by Polgar. The top high school student was awarded a $48,000 scholarship to Webster University.

Unknown to many, chess also has its own Olympics, with 188 participating nations every two years. Most recently in September, the U.S. took gold for the first time in 79 years. Furthermore, two out of the five members of the American team were SPICE students.

Moving forward, SPICE is looking to win the championship this year to add on to their three year streak. Although Polgar retired from her own competitive chess career, she continues to inspire women everywhere to work hard for what they want and never back down in the face of opposition.