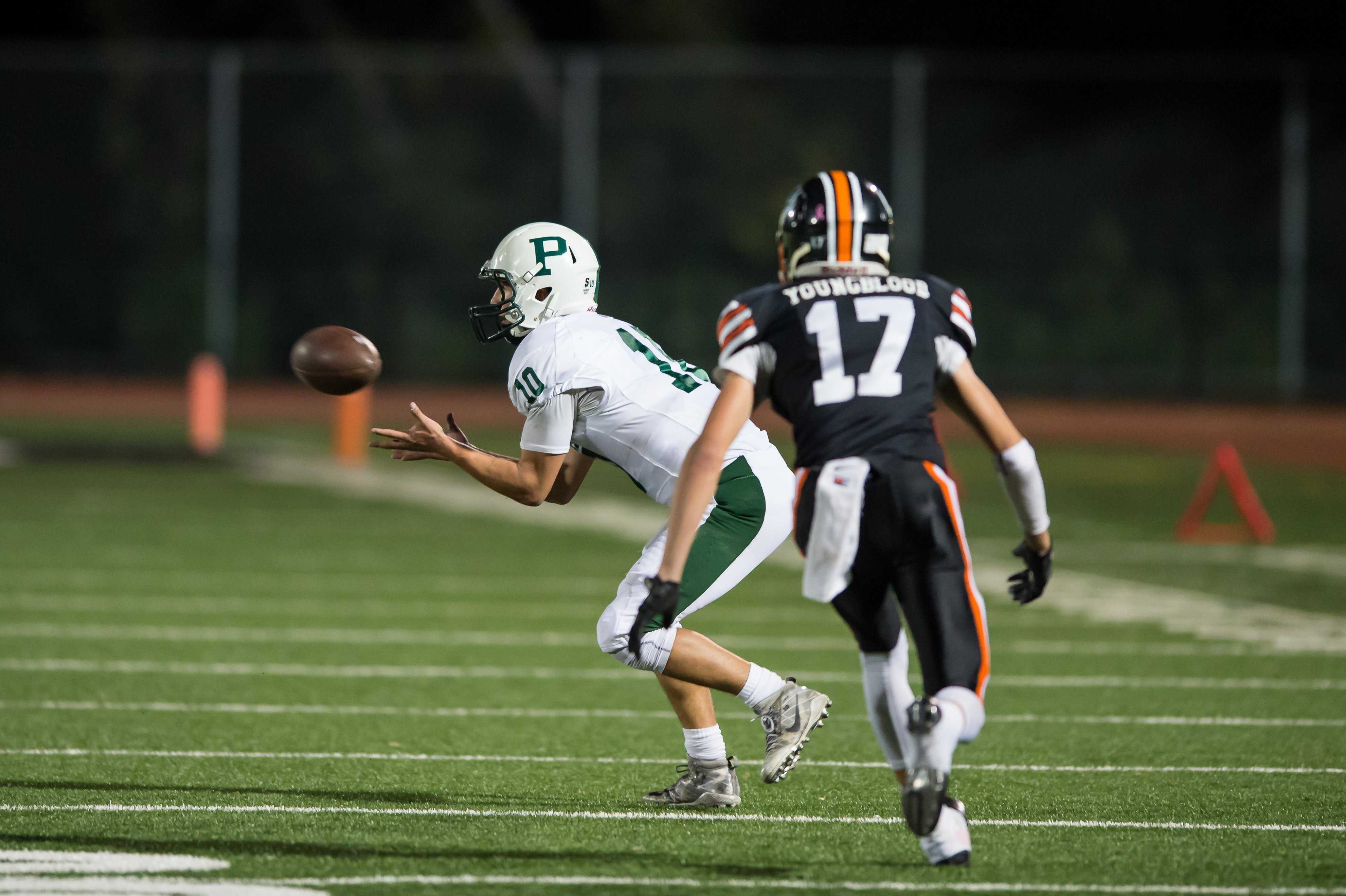 Niklas Risano
Sports
November 16, 2016
Despite experiencing substantially more setbacks than victories during this season, the Vikings found themselves facing Los Gatos in the playoffs after an impressive victory against Mountain View High School on Oct. 4.

Senior quarterback Jordan Schilling, who began the season as a starter, had a negligible contribution against Mountain View High School, with a few rushes totaling 17 yards. Sophomore quarterback Jackson Chryst played the majority of the game, but completed only two passes of 10 attempts. The key to the Vikings’ 36-29 victory turned out to be their running game. Junior running back Paul Jackson III put the whole team on his back with 24 carries for 223 yards and three touchdowns. Additionally junior Sione Latu and sophomore Paul Thie both ran their way into the endzone for two additional touchdowns.

On the defensive side of things, sophomore Wes Walters once again had a stellar performance, this time with a team leading 13 tackles.

On the night of Nov. 11 it was time for the Vikes to face their play off opponents, the Los Gatos Wildcats. The Wildcats were held to no passing touchdowns, but made up for it with four rushing touchdowns. Paly on the other hand was kept scoreless until trash time when Jackson III managed to find the endzone on a run. Chryst had a decent game, completing nine of 19 passes, five of which were to freshman phenom Jamir Shepard who had 102 yards receiving. Senior Peter Snodgrass had some comments about Shepard’s outstanding performance:

“He has all the tools to be the next great Paly wide reciever like Davante Adams or Eli Givens,” Snodgrass said.

Paly’s defense was led in tackling by senior Josh Brigel, who had 13 total tackles on the night. Besides this solid individual performance, Paly ultimately failed to slow down the Wildcats prolific offense, who had 427 total yards on the night.

All in all, a tough season was to be expected after a change in coaching. The fact that the Vikes were still able to make the playoffs with a somewhat small roster, young quarterback and the previously mentioned coaching change is encouraging. Another sign of good things to come can be seen in Paly’s outstanding underclassman.

Although it has been a tough season for the young quarterback, Chryst has shown tremendous potential, and has gained some much needed experience this season. Additionally, the late emergence of Shepard as a receiving threat is extremely exciting. Yet another promising sign is the consistently solid performance of Paly’s JV team, which finished 9 and 1. Add to that the return of Jackson III and there’s definitely reason for people to get excited for the 2017 season.

“I think our program is back on the right path,” Snodgrass said. “Next year is going to be a blast to watch, and the guys are going to be great.”