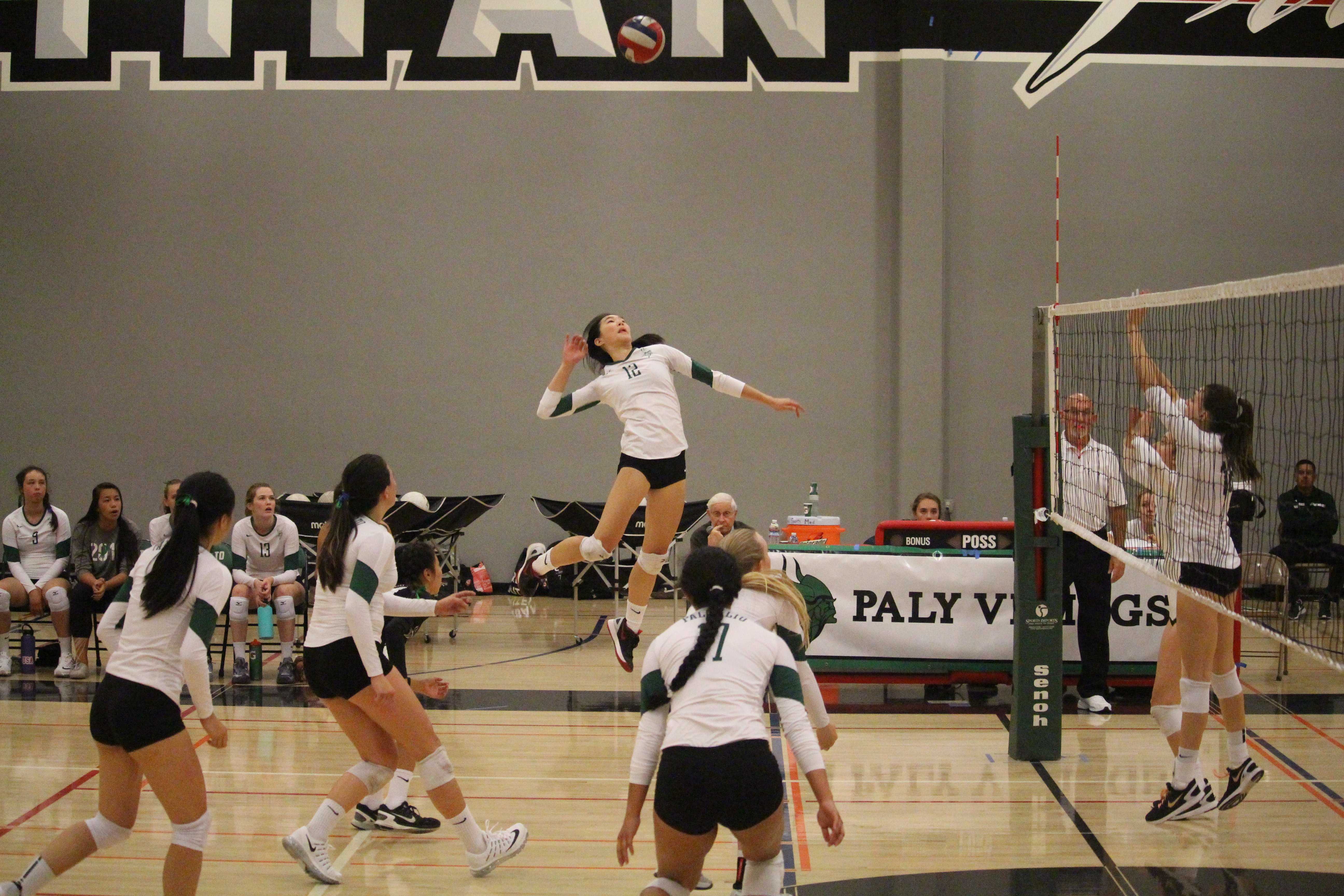 Ashley Zhang
Sports
November 16, 2016
Charging into the NorCal Championship tournament with the same level of dedication, perseverance and ferocity that has propelled them throughout this season, Palo Alto High School’s girls volleyball team is looking to end their season as impressively as they started it. After a successful season of 11 wins and one loss in their league, the team launched into the quarterfinal round of the Central Coast Section (CCS) tournament on Nov. 5, where they emerged victorious with a dominant 3-0 win over Alisal High School. The Vikings gained a significant lead from the start, and ended with scores of 25-15, 27-25 and 25-17.

The team advanced to the semifinal round of CCS on Nov. 9 against Los Altos High School, whom the Vikes lost to earlier this season, breaking their winning streak in the Santa Clara Valley Athletic League. At the game, the team proved their incredible ability to overcome previous defeat by delivering another stunning 3-0 win.

“We all were on the same page and we all really wanted to come out with a win, especially against a team like Los Altos,” said defensive specialist Michelle Li. “Los Altos was the only team that beat us once during league, so it was great that we could overcome our previous loss and push throughout the game. In the end, we had lots of momentum on our side and swept Los Altos in three sets.”

With their semifinal win in CCS, the team advanced to the final round. The Vikings faced off against league rivals Los Gatos, to whom they had previously beaten twice and lost to once in a non-league match.

Despite their best efforts, the team unfortunately fell short of a win and ended the game with a score of three sets to two. However, by reaching the finals of CCS, they qualified for the NorCals tournament and will resume play on Wednesday, Nov. 16 against Turlock High School.

As they approach the end of their season, the team hopes to sustain their energy and maintain their skill level throughout the rest of their practices and games.

“I think our team needs to stay extremely disciplined as the season continues towards its last few weeks,” Li said. “Admittedly, everyone is a little bit tired which is why we need to focus even more to pull through and play to our full potential.”

Four seniors — Cassandra Fong, Fiona Green, Jessica Lee and Katie Passarello — will graduate in May, but the team hopes to quickly adjust to the losses and continue to improve next year.

“We’ve already made it so far as a team this year,” Li said. “The fact that we won league is a good indicator of how far we can potentially go.”