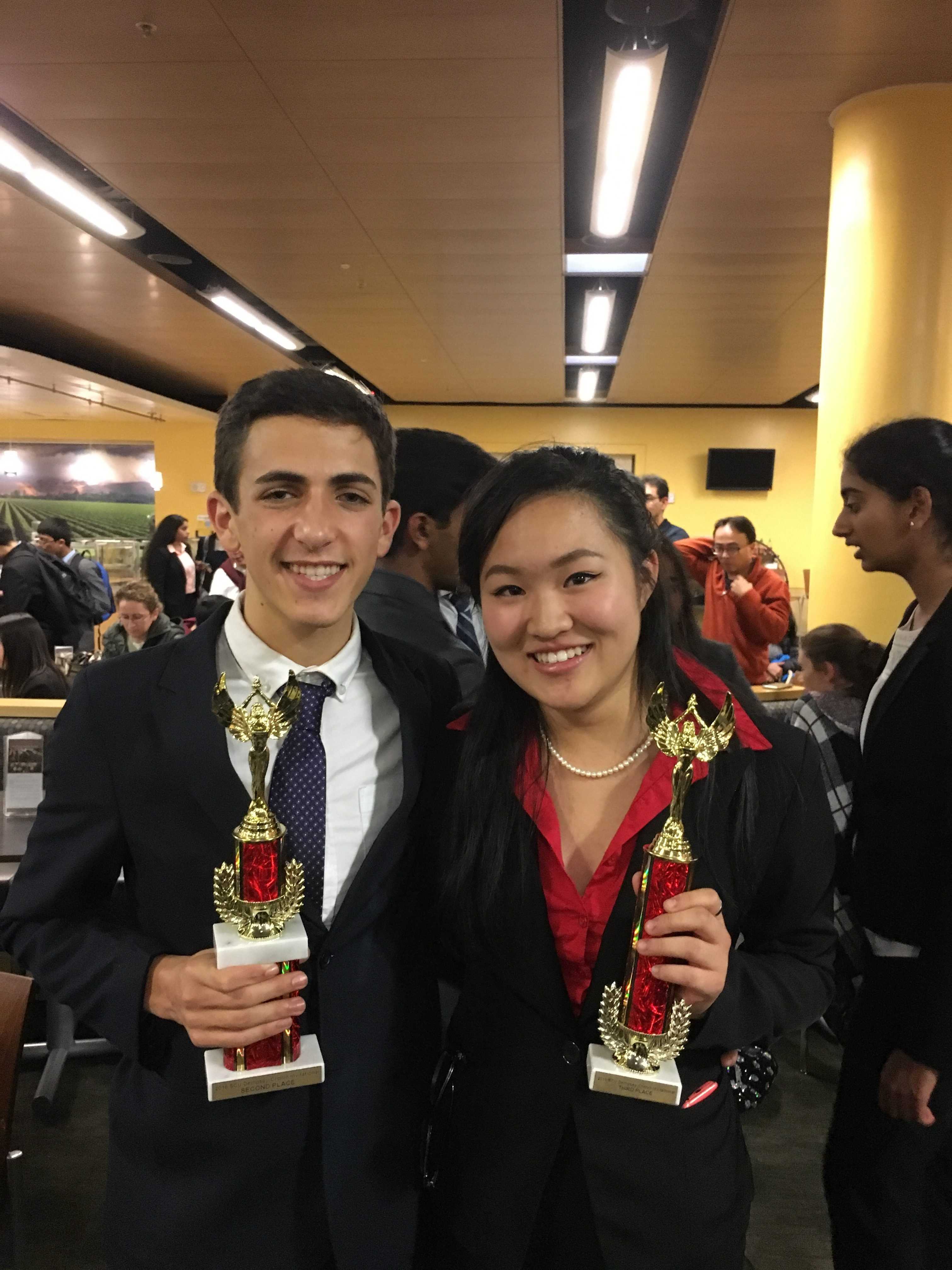 It’s no secret that Palo Alto High School’s Speech and Debate team is a powerhouse, and in recent competitions the Paly juggernaut has continued to dominate while making inroads into a new type of debate competition.

At its most recent competition, the Dempsey-Cronin Memorial Invitational Speech and Debate Tournament at Santa Clara University (SCU), eight Paly Speech and Debate team members made it into the top four spots in each of their respective events.

In particular, Paly’s Congress team, the newest section of the debate team which started attending tournaments in August 2015, performed exceptionally well. Congress is a format of debate modeled on the proceedings of the U.S. Congress with competitors presenting, discussing and voting on mock legislations.

Since the Congress team is relatively small compared to the other groups in Paly’s debate club, expanding the team is a primary goal.

“It started off being seven kids doing Congress this year, but because our team started off the year really strong and has only gotten stronger, we have kids defect from the other squads and go to Congress,” said Jennie Savage, Director of Paly’s Speech and Debate team.

The Congress team’s coach Christina Gilbert also hopes that some of the members of the team will go to the state competition this year.

The Congress team attributes its success to exceptional teamwork and a strong work ethic.

“They’re a very tight knit squad,” Savage said. “The three kids who started the squad last year: Ujwal Srivastava, Dominic Thibault and Grace Lam, work harder than practically any kids I’ve seen in 12 years. They started the squad [and] the ethic of that squad is ‘you go hard or you go home’ they give it 110 percent.”

The speech team also performed well at SCU as sophomore David Foster and junior Stephanie Lee took second in the Humorous Interpretation and third in the Original Prose and Poetry events respectively.

Foster attributes the team’s success to a good coach and strong teamwork.

“We have a fantastic coach,” Foster said. “She really teaches us well and helps us learn and grow as speechies. She’s always there when you need to perform in front of her and you have the entire team there to help critique and see what you can make better.”

The Congress team is not the only bright spot in the Speech and Debate team’s future. Its first-year Lincoln-Douglas (LD) debaters also accomplished much at SCU.

Originally, freshman Ella Ball lost in an octofinal round against a debater from Dublin High School. However, Ball’s opponent turned out to be a third-year debater and since SCU mandates that those competing in the novice tournament must be first-year debaters, he was disqualified from the tournament.

Ball was eventually the runner-up, while freshmen Neil Kapoor and Kai Vetteth made it to the semifinal round of the tournament.

“When it was just the novices left and they were all at [the elimination rounds], they shared flows and they [helped each other prepare],” Savage said. “They were some of the only people left there and they were all in this big cluster, prepping each other as novices. That’s really unusual since usually novices are just freaked out, but they weren’t.”

The varsity LD squad had resounding victories over the competition at two other tournaments this season: the Jon Schamber Invitational at the University of the Pacific (UoP) and the Robert Garcia Memorial Invitational at St. Francis High School. At UoP, junior Tanay Krishna won the tournament, and at St. Francis, junior Sarah Youngquist and senior Ethan Teo both made it to the final round, making them co-champions.

Krishna feels that Paly’s coaching led to his success at UoP.

“I put in a lot of work this semester to debate, but I think my coach David Slater really was the most instrumental in the process because he ran me through a bunch of drills and gave me tons of pointers on how to better myself as a debater,” Krishna said.