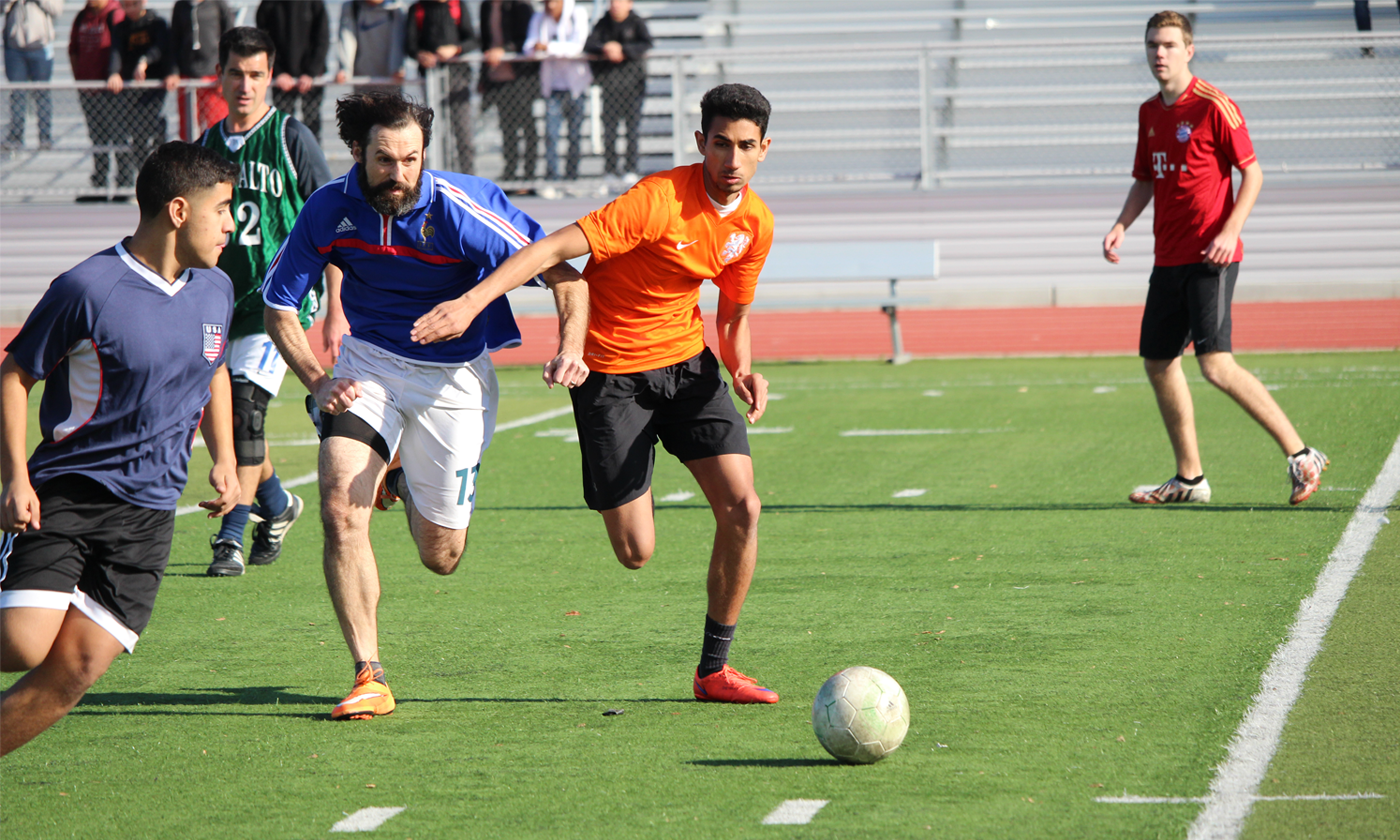 Seniors victorious in Winter Rally, Prom to be held at Exploratorium

Nicholas Melvin
News
January 26, 2017
This year’s installment of the winter rally was a stellar addition to the event’s legacy. The student team pulled off their first soccer victory of this millennia in a 4-1 victory.

Math teacher John Rowe, who scored multiple goals in the 2016 Winter Rally soccer match, made the first goal of this year’s game. But almost immediately afterward, senior Naveen Pai executed a brilliant play, kicking the ball past Physical Education and Auto Shop teacher Doyle Knight into the net to tie the game. Within the next few minutes, the students would seize the lead with a deflected clearance attempt by senior Sam Lee that rolled into the goal.

If not for the stellar defense of Advanced Placement Biology teacher Michelle Steingart, the students would have snatched an even larger lead from the teachers. But like all great things, including but not limited to the Roman Empire, the Titanic and the 2016 Golden State Warriors, Steingart’s energy and drive eventually succumbed to the athletic powerhouse that is the 2017 student soccer team. The students scored once more to earn a 3-1 lead. At the very end of the game, the students scored the fourth and final goal.

For some students, this match was far more than a fun activity — it was the opportunity of a lifetime. Senior Timothy Liu was one example of a student who had dreamed of competing in the match.

“Throughout my time at Paly, I’ve always loved to participate in spirit events. Ever since I saw the first staff versus student basketball game as a freshman, I knew I wanted to participate in this event no matter what the sport was. I’m definitely not a great soccer player, but when signups opened up for the staff versus student soccer game, I pounced on the opportunity to represent my grade in a rally one final time.”

Usually, the winter rally competition is a basketball game, but as the new gym is still under construction, a soccer match has taken its place.

Despite how exciting it was to cheer for the students as they took down the teachers, the most humor and wit came from announcer and senior Andrew Vargha. Shouting out subtle roasts and straight-up insults, Vargha kept the crowd of students on their feet and laughing throughout the game. One particularly snarky comment about the soccer career of senior Chinmay Tyagi garnered shouts and laughs from all students.

Students also attended the winter rally for the imminent announcement of the location of Prom 2017. Prom will be held at the Exploratorium, the same location as prom in 2014.