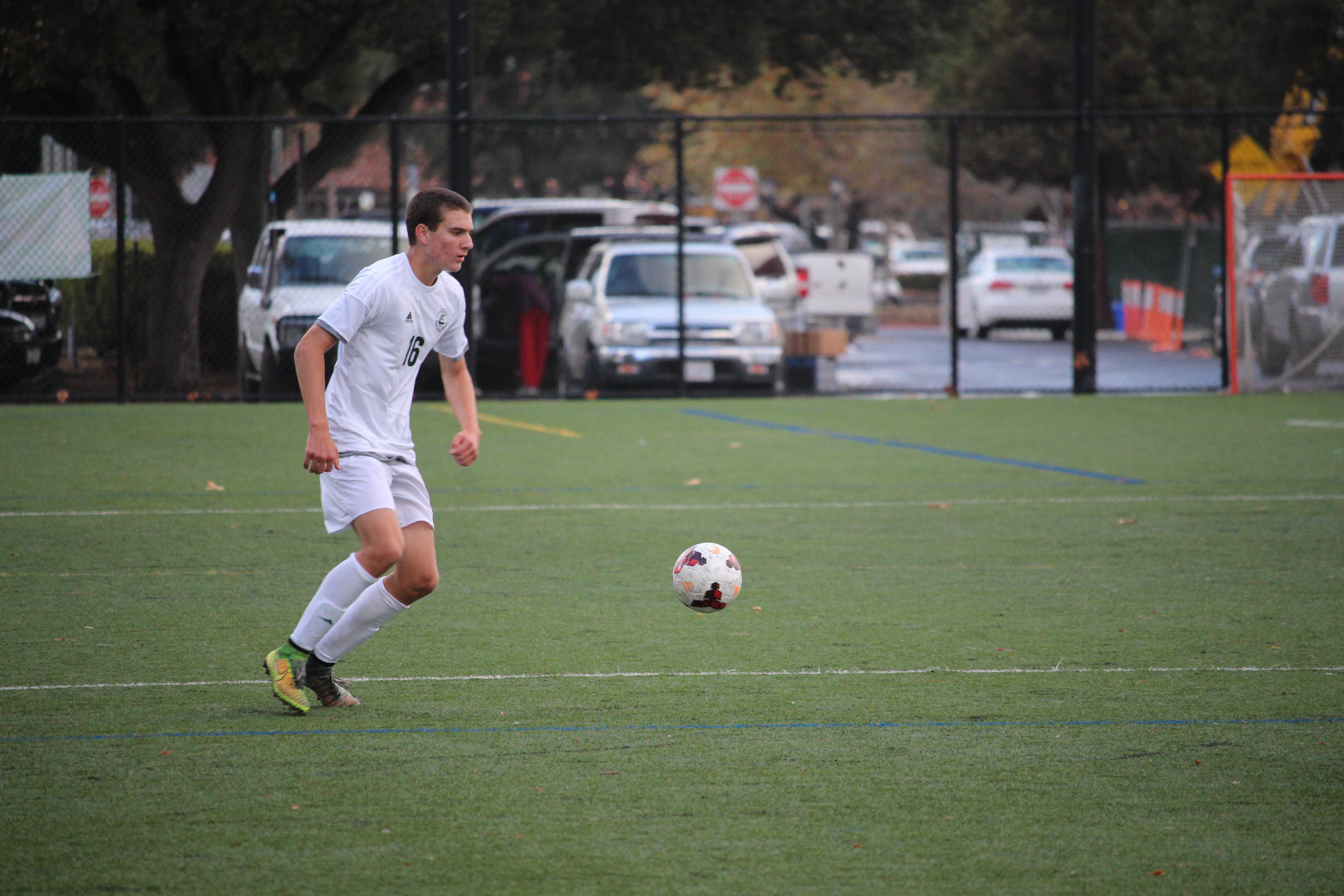 Philip Ericsson
Sports
February 1, 2017
The outstanding beginning to the boys soccer season sadly came to an end as the ball entered in the net for the fourth time away at Los Altos High School. The goalkeeper, hanging his head, kicked the ball towards the midfield, where the referee teed up the ball for the eighth time that game.

Starting the season off with eight wins in preseason generated excitement and optimism among players and fans alike as they looked ahead to the rest of the season. The strong start was slightly halted as the new year’s results have fallen below the caliber of their dominating performance in earlier preseason games.

The first game of the regular season took place Jan. 5 against Los Altos, ending 2-4 in Los Altos’ favor. Los Altos came out strong in the first half scoring once, the second half saw another three goals in a very entertaining game for the home crowd, but unfortunately with a subpar result for the Vikings.

The following games were at home against Mountain View High School and away against Homestead High School on Jan. 10 and 12 respectively.

The first game at home ended in a 0-0 draw, and saw the Vikes pick up one point, but the game at league-leaders  Homestead ended in a heartbreaking 0-1 defeat.

The game on Jan. 17 saw the tide turn in Paly’s favor as they picked up a 3-0 win at home against Santa Clara in a superb performance by the whole team. The game at Los Gatos ended in a 0-1 loss for the Vikes.

The lackluster start to the new year was in part due to the absence of midfield playmakers senior Jack Stoksik and junior Xander Sherer.

As they return from injury, star player Neil Verwillow, a senior, believes that the team will get an additional push and be able to succeed in matches.

“We had trouble offensively holding onto the ball, maintaining possession and overall lacked a lot of the offensive thrust needed to win games,” Vervillow said. “On defense we needed to work on playing smart as well as ensuring that we stay focused throughout the entirety of the match, making sure we continue to communicate.”

The team is currently ranked fourth out of seven teams in the league. The Vikes are eight points down from the top of the league, which is currently led by Homestead.

It will be an uphill battle the rest of the season for the boys to get within reach of Homestead (4-0-2), but there are seven games left in league play, and with a shift in form the Vikings could also have a chance at qualifying for CCS.

The next game was played at home against Monta Vista, which the Vikings won 6-0.

The following game against Los Altos High School ended in a 3-0 win as the Vikings claimed yet another victory in the season series.

Verwillow scored twice, with assists coming from Sherer and sophomore Isaiah Schoenberger. However, on Jan. 31 the team had a real tough game  away at Mountain View, losing 0-1.

As tbhe Vikings enter the second half of the season, they will look to continue the form that they have exhibited recently.

Hopefully, the slow start due to injuries of key players will be overshadowed by their current form.

“We need to focus on communicating clearly during the game, as well as work on our ability to finish and score goals, as we won’t always have a lot of chances, so we have to put away the ones that we get,” Verwillow said.