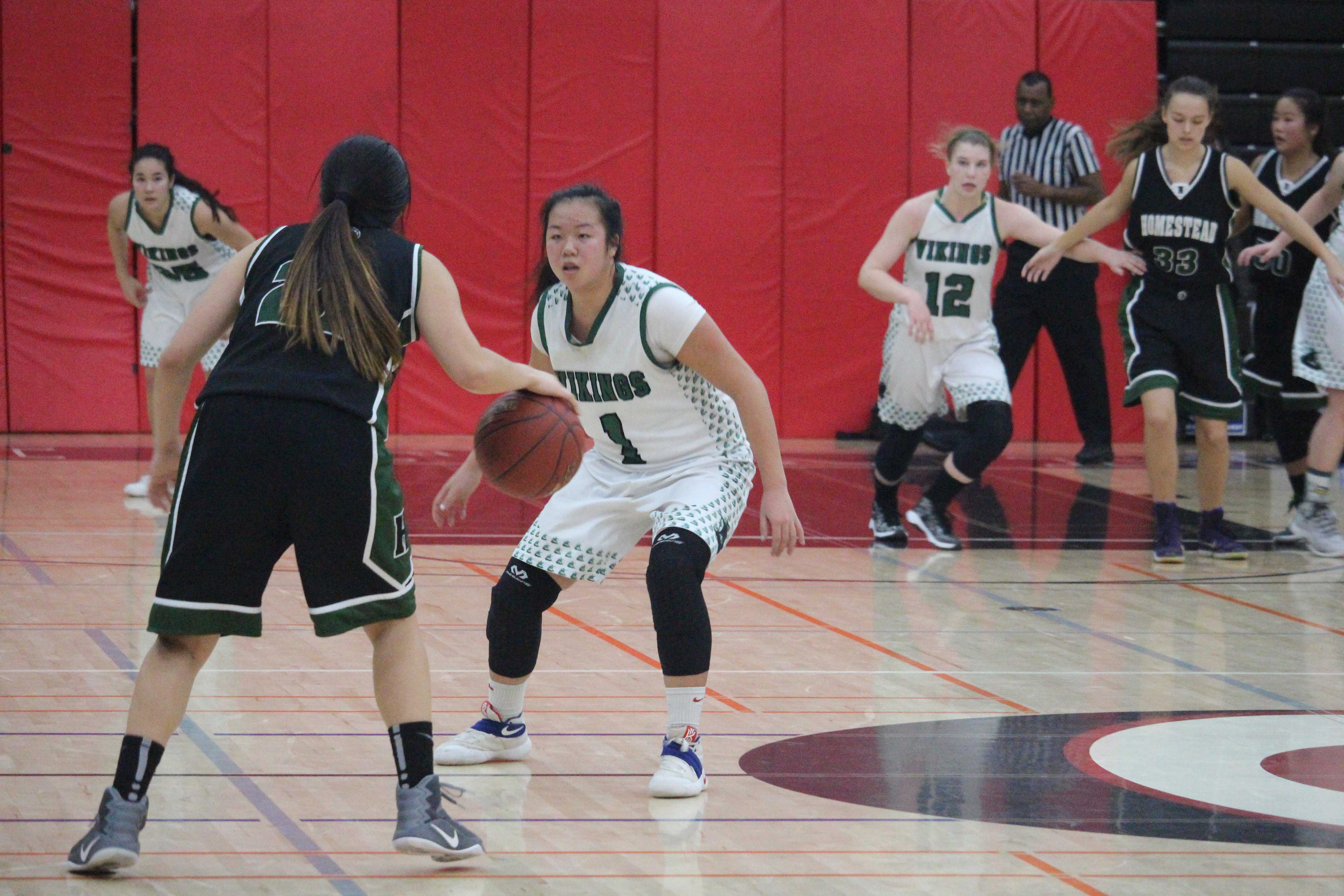 The Vikes triumphed over cross-town rival Henry M. Gunn High School with a 72-63 victory on Jan. 6.

The team has only lost one game since smashing Gunn a few weeks ago, which has been a highlight of the season for many players like junior Carly Leong.

“We need to work on defense, boxing out and offensive rebounds because we have our offense down pretty well and if we have good defense our offense will [do well].’’

“The best part of the season was the Gunn game,” Leong said. “Everyone came and supported us it was great! I’m looking forward to playoffs and CCS [Central Coast Section]. It’s a very exciting time.”

However, to prepare for CCS, the team believes it must address their defensive weaknesses, which will be done through consistent practice and team cohesion.

“I think the team has been playing really well together so far,” said sophomore Lauren Daniel. “We need to work on defense, boxing out and offensive rebounds because we have our offense down pretty well and if we have good defense our offense will [do well].”

The team’s forte so far has been in its shooting abilities. The squad ranks fifth in the nation for three-point shots made per game. This is a skill which Daniel believes will help the team’s success for the season.

“One of our greatest strengths is definitely shooting, especially threes and just offense in general in terms of getting a good shot off,” Daniel said. “I think our team will go pretty far this season in playoffs.We hope to win CCS again and win some games in NorCal playoffs as well.”

“I think we are playing the best basketball from the past years and we are continuing to work harder and improve.’’

In addition to the team’s success as a whole, this year’s season is momentous for senior players on the team. Senior Lauren Koyama recently scored her 1000th point.

The Vikings have been playing well in the season thus far, and if they continue, they will likely advance far in the playoffs. Students are eager to see their hard work pay off.

“I think we are playing the better basketball compared to past years and we are continuing to work harder and improve,” Leong said.