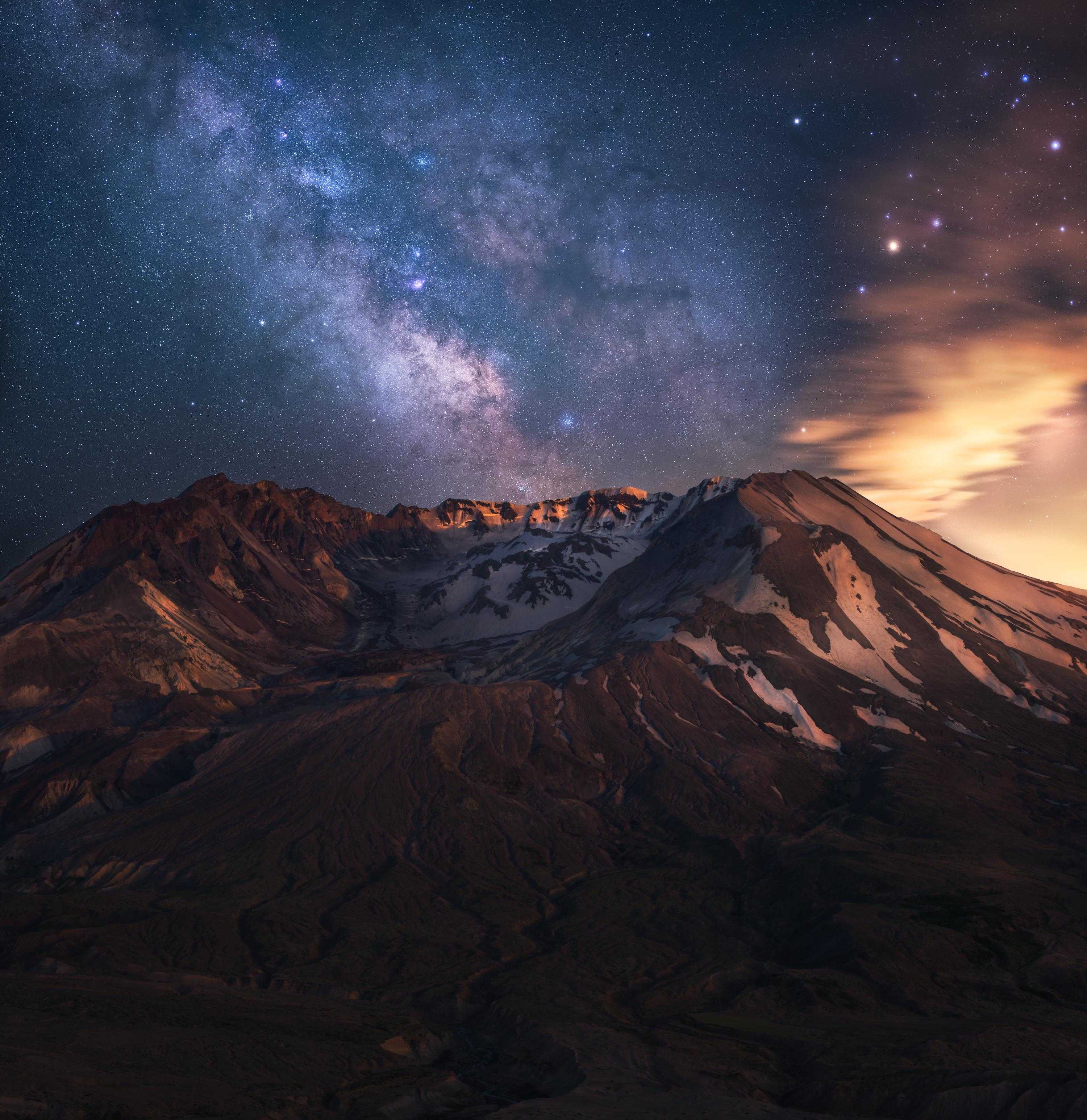 Staff Writer
Showcase
February 1, 2017
Winds over 75 miles an hour. Temperatures not just below freezing, but in the negatives. Altitude over 20,000 feet. Record-low levels of oxygen. On his climb up Aconcagua, the tallest mountain in the Western Hemisphere, junior Sinclair Myrick endured all of this and more.

Myrick, who is the youngest person ever to climb Aconcagua up the Polish Glacier route, drew his inspiration from a novel in his sophomore-year English class.

“When our class began to read the book ‘Into Thin Air’ in Mr. Cohen’s class, I was immediately intrigued,” Myrick said. “I went online to delve deeper into climbing, then realized it was something that I could potentially do to expand my horizons.”

After the class finished the book, Myrick decided to make his dream a reality by taking the initiative to start mountaineering.

“The first climb I signed up for was ice climbing in the Sierra Nevadas in eastern California over a year ago,” Myrick said. “It was a little scary yet pretty fun. I didn’t really get a good impression.”

Although ice climbing did introduce him to the equipment that he would later use to scale Aconcagua, Myrick only reflects on ice climbing as an introduction.

“With ice climbing, most of the time you’re not camping,” Myrick said. “Your objective isn’t necessarily to summit, it’s just to have fun climbing.”

Mountaineering, on the other hand, focuses on achieving a sense of accomplishment rather than having fun.

“After ice climbing, I took a few alpine courses in the Sierra Nevadas, where I summited my first mountain, Matterhorn Peak,” Myrick said.

Matterhorn, standing at over 12,000 feet, was no simple ice-climb. However, Myrick managed to overcome aching limbs, strained muscles from the climb and a pounding headache from the lack of oxygen.

“When I first summited, I felt accomplished that I had achieved a long-term goal I had set out to achieve a while ago,” Myrick said.

Myrick climbed another peak in the Sierra Nevadas after Matterhorn, but found it monotonous to climb on the same terrain. To reinvigorate his mountaineering passion, Myrick decided to travel north to Mount Shasta.

Shasta, standing at nearly 15,000 feet, represented an obstacle Myrick had never dealt with before.

“Compared to my previous mountaineering experiences, Shasta was something that left both my mind and body exhausted,” Myrick said.

Nevertheless, Myrick powered through to complete his summer goal. Having conquered what California had to offer, Myrick set his sights on larger goals: the Seven Summits.

“Climbing the Seven Summits is probably a goal that all mountaineers have,” Myrick said. “With that being said, I signed up for Aconcagua after I got back from Shasta. I decided to set another goal, and set my eyes on Aconcagua as another challenge.”

However, traveling to Argentina to scale the largest mountain outside of Asia is no easy feat. In September 2016, a quarter of a year before his actual climb, Myrick had to schedule and arrange the logistics of such an endeavor.

Through a website online, Myrick met his guide, Juan, a bilingual climber who spoke both Spanish and English and thus could easily translate for Myrick in Argentina. Once Myrick had scheduled his climb, he then had to buy the necessary equipment.

“I had to buy high-altitude boots specifically for this climb, [and] an extremely warm jacket,” Myrick said. “On the trip itself, I brought along ice tools, crampons, harness and a helmet.  My pack weighed 60 pounds.”

The normal route on Aconcagua did not offer the technical experience that Myrick was hoping for, so he decided to take a different course. The option was the Polish Glacier route, which in comparison to the normal route requires mountaineering equipment, tents and other heavy-duty climbing gear.

Just days after the first semester of his junior year ended, Myrick left for Argentina on Dec. 20 and arrived Dec. 21 with his mother. While in Argentina, he walked around the sweltering city of Mendoza.

It may have been hot at sea-level, but Myrick soon learned that the conditions would deteriorate rapidly with every step he took towards Aconcagua.

After departing from the last city he would see for two weeks, Myrick trekked through the desert at the base of Aconcagua. For three days, Myrick lugged his 60-pound pack through the rugged Argentinian terrain.

“The hike to base camp was bad, but the feeling that I still had to climb the huge mountain in front of me was even worse,” Myrick said.

Once arriving at base camp on Dec. 26, Myrick set up while waiting for the day of his summit.

“Base camp was like a miniature city,” Myrick said. “There were hundreds of tents spread out, with even more people. We had a mess tent and a general main tent.”

When summit day came, Myrick experienced nerves that he had never dealt with before.

“I was climbing Aconcagua, the largest mountain in the Western Hemisphere,” Myrick said.

Pushing his fears to the side, Myrick took the plunge, leaving camp at 4 a.m. All in all, the climb took Myrick nearly 20 hours between his summit and the trek way back to base camp.

“It was definitely the hardest experience of my life,” Myrick said. “I had thought other mountains were hard, but when compared to Aconcagua, I could do them in my sleep. Every step was a pain, every breath was a labored effort, and I almost passed out several times.”

Once Myrick had expended his physical energy, he hobbled down to base camp, weary and exhausted from the ordeal that his body had endured.

“I went back to my tent, and slept for nearly an entire day,” Myrick said. “After that climb, I was mentally and physically spent.”

Following his recovery, Myrick departed base camp, his home for the past two weeks, and traveled back to Mendoza, where the oxygen levels felt almost heavy compared to the lack of air at the top of Aconcagua. Just two days later, Myrick was back at school, in sea-level Palo Alto. Myrick next aims to climb Gasherbaum III, the 13th highest mountain in the world.