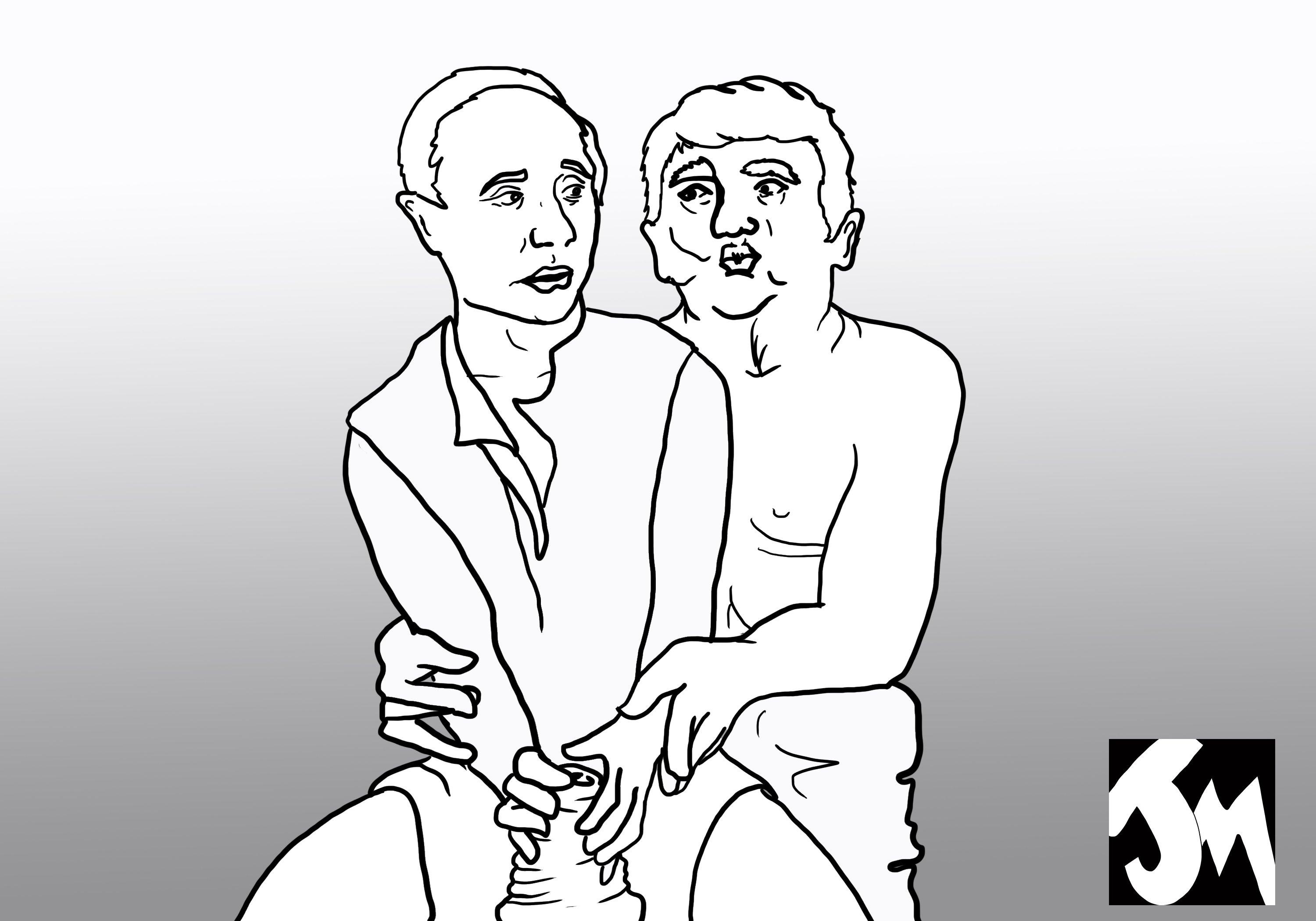 Joanna Falla
Opinion
February 28, 2017
With the first few weeks of Donald Trump’s presidency passing by, there have been a lot of unpredicted changes that have caused many Americans to pick sides. Whether the sides are liberal versus conservative or whether or not building a wall at the border is a good idea, America has very clearly been divided since Trump took his place in the Oval Office.

From the continuation of the Dakota Access Pipeline to the immigration ban targeting Muslims, President Trump is making waves in his first days in office, but there may be more controversy to come surrounding his foreign policy . Trump’s relationship with Russia has been widely  criticized, and rumors regarding Putin’s true intentions on forming an alliance with the United States.  ; it has been confirmed that Russia had a significant role in getting Trump into the White House. Trump has invested millions in Russia previously for a potential Trump Tower in Moscow and Trump Vodka ad campaign. Paul Manafort, Trump’s former campaign manager, was also investigated by the FBI for having suspicious ties with Russia and taking millions of dollars in investments from pro-Russia clients in Ukraine.

Trump’s technique in dealing with Russia has raised a lot of eyebrows, causing international distress and straining relationships with long-time allies. Trump is obviously not networking with suspiciously active nations for the betterment of the people and world peace, but, creating a professional bond with Russia could be a good idea. For decades, America and Russia have struggled to have a friendly relationship. Since the Cold War, tension around nuclear weapons has increased, especially with the recent election. Regardless of whether or not the majority of Americans agree with Russian policy, the foreign nation  is a large political and nuclear power in the world. Thus becoming enemies with such a large force could be hugely detrimental to the U.S. and possibly other nations.

Trump may have unorthodox ties to other powerful nations, but he has given some ideas that can be implemented with the newly-formed connection with Russia. One of his more thought-out promises includes the extension of the 2010 New Strategic Arms Reduction Treaty (START) with Russia. Officially starting in 2011 under former President Obama, the START was a deal with the Russian Federation to reduce the number of nuclear arms until 2021, but it has been replaced several times by different START variables in order to solidify the regulations of nuclear arms for future generations. The American people have still been left unanswered after wondering what Trump’s true intentions are with creating ties with a known corrupt and defunct government system, but there is still hope that he may make a good decision.

Historically, Russia has not shown the best intentions for America, and will probably continue to keep many controversies under wraps to avoid any more international scrutiny. Regardless of who is in power, there needs to be a change in the current relationship. Americans may not be able to trust them, but creating a working connection with the nation with the second-highest quantity of nuclear arms does not seem like a bad idea. What is important to remember is that the American people will be able to show what the majority believes, so as long as we keep ties with allies and carefully create new ones the world will be able to trust each other more.