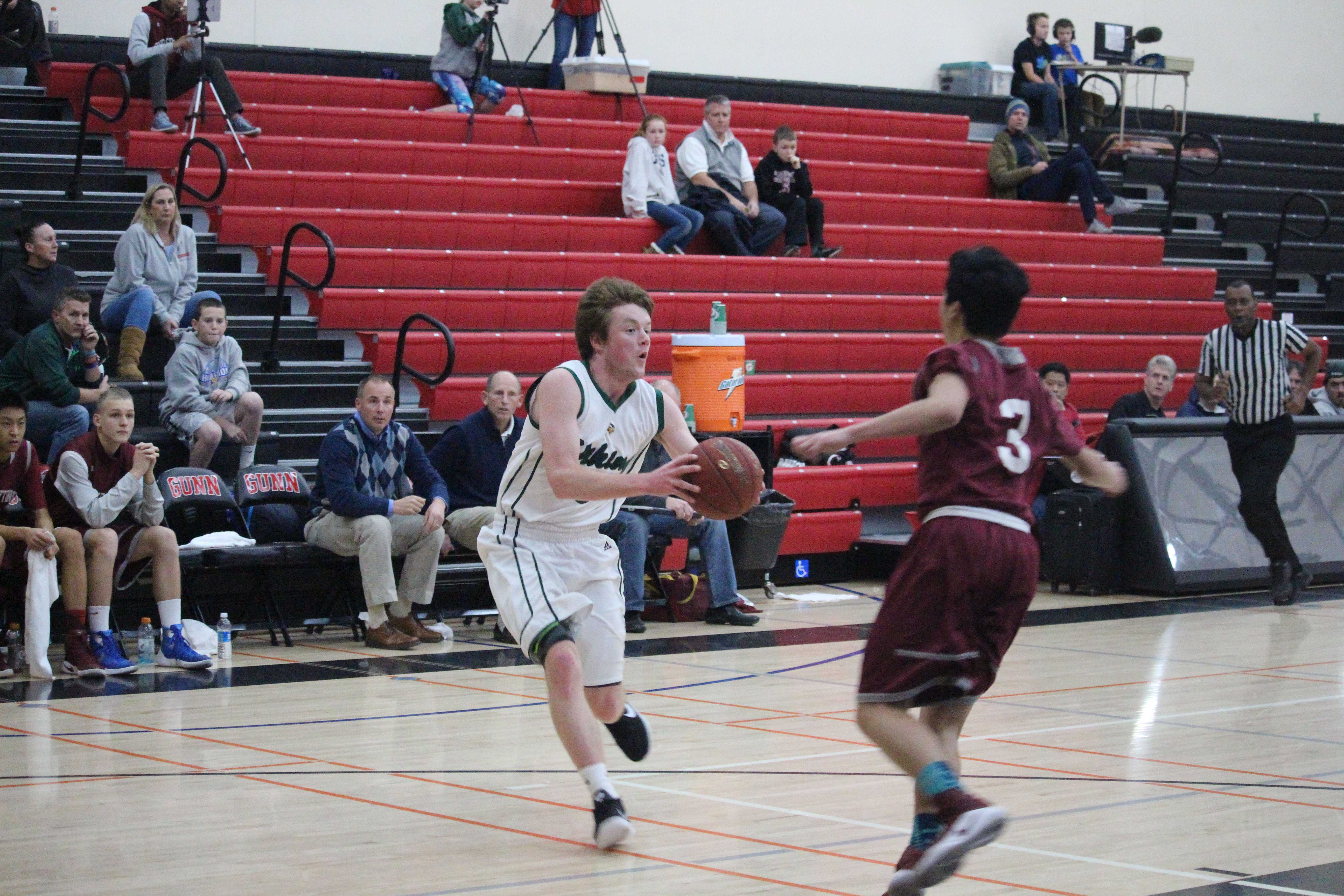 Niklas Risano
Sports
March 1, 2017
After finishing the season with a 20-4 record, and as the top seed of SCVAL, the Vikes faced Independence High School in the first round of the CCS playoffs. Paly dismantled Independence by a score of 84-60, securing their position in the semi-finals against Cupertino high school.

In Paly’s first meeting against Cupertino on Jan. 20 they bested the Pioneers 48-39 in a low scoring but comfortable victory for the Vikes. In the second meeting of the two on Feb. 2, Paly once again beat them by a score of 55-34.

Based on the previous two matchups the Vikes expect to emerge from the semi-final matchup victorious and in a tough CCS finals matchup against either Los Gatos or Piedmont Hills High School, the second and third seeds of the tournament respectively.

“I definitely see us having a deep run in the playoffs,” said junior Bryant Jefferson. “Hopefully we make it to State.”

By any measure, the season has been an immense success. All across the board, players have stepped up and played to their full potential, and the result has been impressive. Even in the Vikes’ few losses, they showed they can hang with any team.

The few teams who have managed to beat the Vikes did so by narrow margins in hard fought games that often went into over-time periods.

Possibly the only area for concern this season areas of temporary lapses in performance. Just after clinching the league title, Paly lost to Menlo Atherton High School in a game that on most nights would have gone to the boys.

Whether the reason for their loss was due to an immature response to clinching the title or simply due to an off-night of shooting is unclear, but nonetheless, Vikes fans likely saw flashbacks of last years first round playoff exit.

In order to avoid a similar situation the Vikings have been putting in quality practice between games, and ensuring that they do not fall into a state of complacency with their success up until now.

“We definitely have turned up the intensity in practice and changed our mindset throughout the season,” Jefferson said.

They have continued week in and week out to play their signature style of up-tempo, aggressive basketball, and the results have been very impressive. If they are able to keep the pedal to the metal against Cupertino and their finals opponent, fans should not be surprised if Paly ends up advancing to the State Championship.

At this point, it seems as if the Vikings have everything they want to achieve right in front of them. They just have to ensure that they do not get in their own way with sloppy play and a lack of intensity after a long and successful season.