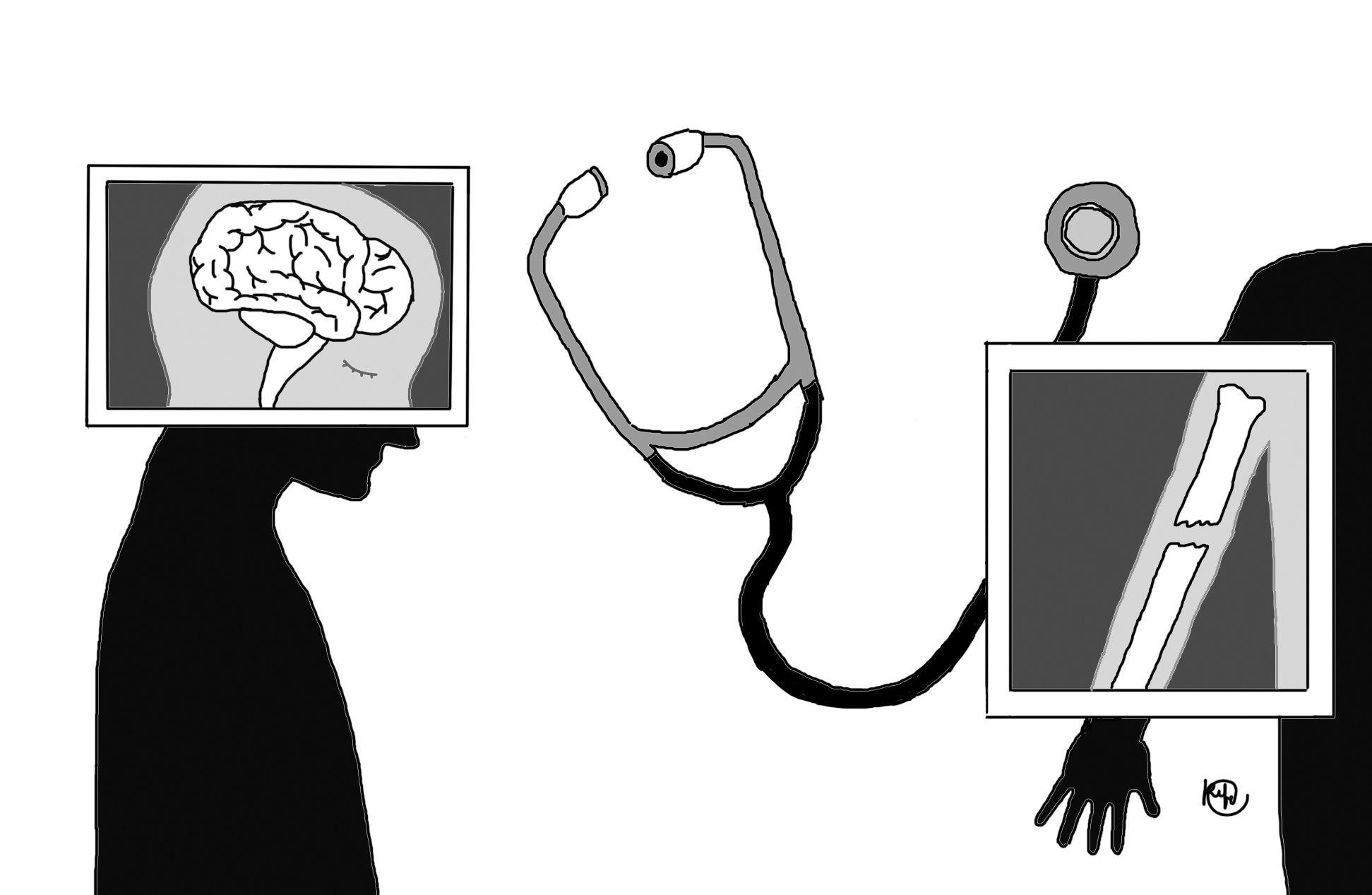 Disproving the misconceptions of mental illness

There was a man who grew up with little but formed his own future,” said sophomore Lia Salvatierra. “He graduated from Georgetown University, then got accepted by the Stanford Business School but turned down the offer to join a local startup by the name of eBay. He married, had three daughters, worked so hard and always strove for new ideas and innovations. This man was the smartest person I knew. He was my father, and he had a mental illness.”

In our town, where the negative impacts of stigma are too familiar, we still seem to confuse courageous confessions with solicitous forthrightness, and devolve conversations about mental health. Considering the prevalence of mental illnesses, discussions about one’s mental health should be normalized and encouraged.

“Many people feel ashamed to share their disease with friends and family,” Salvatierra said.

Salvatierra started the Let’s Bring Change to Mind (LBC2M) club at Paly, which is a club that educates Palo Altans about the effects of stigma against mental illnesses. The club hosts events to help raise awareness of mental health in the community.

According to the Center of Disease Control, one in four adults in the U.S. suffers from a diagnosable mental disorder.  The varying traits and challenges different individuals with the same mental illness experience confuses the public and causes them to make incorrect assumptions. Despite common signs and signals, mental illness is different for every person. This is the vicious cycle in which stigma — a mark of disgrace associated with a particular circumstance — festers.

When it comes to physical health, society positively encourages individuals to prioritize recovery. However, with mental health, the urgency to recover or get diagnosed is not as prevalent. They are both illnesses that deserve equal priority.

Despite the staggering evidence and rhetoric aimed at helping people understand mental illnesses, many people still seem to think that being diagnosed with a mental illness is something that is in their control. There seems to be a common misconception that mental illness is a choice, that patients can just “shake it off” or “look on the bright side.” It can be hard to distinguish between passing emotions and a diagnosable mental health issue.

“This is the most commonly misunderstood aspect. Yes, there are things that may affect your mental health like sleep, and large life events. But mental illness is a brain disease. It is your body’s issue, and you need to treat it exactly like a physical disease. No one wants diabetes, and no one wants depression.”

John F. Greden, M.D., Executive Director of the University of Michigan Comprehensive Depression Center, explained in a Huffington Post article that the lack of understanding and knowledge about mental illness results in unempathetic criticisms.

Due to this stigma around having a mental illness, patients are less likely to seek professional help. According to JAMA Internal Medicine, less than 30 percent of patients with depression actually seek treatment.

“Because emotions are something that everyone deals with, it can be hard to accept the difference between emotions and a diagnosable mental health issue,” Salvatierra said. “It goes back to the misconception that mental health is in the control of the patient.”

Paly psychology teacher Chris Farina believes that recent advances in medicine, which have allowed people to see the physical underpinnings beneath mental illness, have helped the public see the similarities between mental and physical illnesses. The general public is more comfortable with physical illnesses because there is a tangible issue that can be modified in order to recover.

“Mental illness is a relatively new field compared to traditional illnesses,” Farina said. “We are only now able to understand the brain.”

Farina believes that when we can better establish the underpinnings of mental illness, there will be less stigma associated with those that have a mental illness. The more people understand what is causing mental illnesses, the more empathetic they will likely be.

Though society is making progress in accepting the legitimacy of mental illness, patients have come across another obstacle: their mental illnesses becoming a label of their identity.

“People will say that ‘you have a cold,’ ‘not you’re a cold person.’ A cold is not your identity,” Farina said. ” Adversely, we say ‘you’re a depressed person,’ as if it is something that extends across time. If you’re currently suffering from depression, you’re a person that has depression at this moment. It is hard for people to differentiate a person’s diagnoses from sense of self.”

Particularly in a town where the effects of untreated mental illness permeates, we should lead by example and emphasize the importance of holding mental health to the same standard that we hold to physical health.

Stop the stigma, end the silence and start a conversation about mental health.