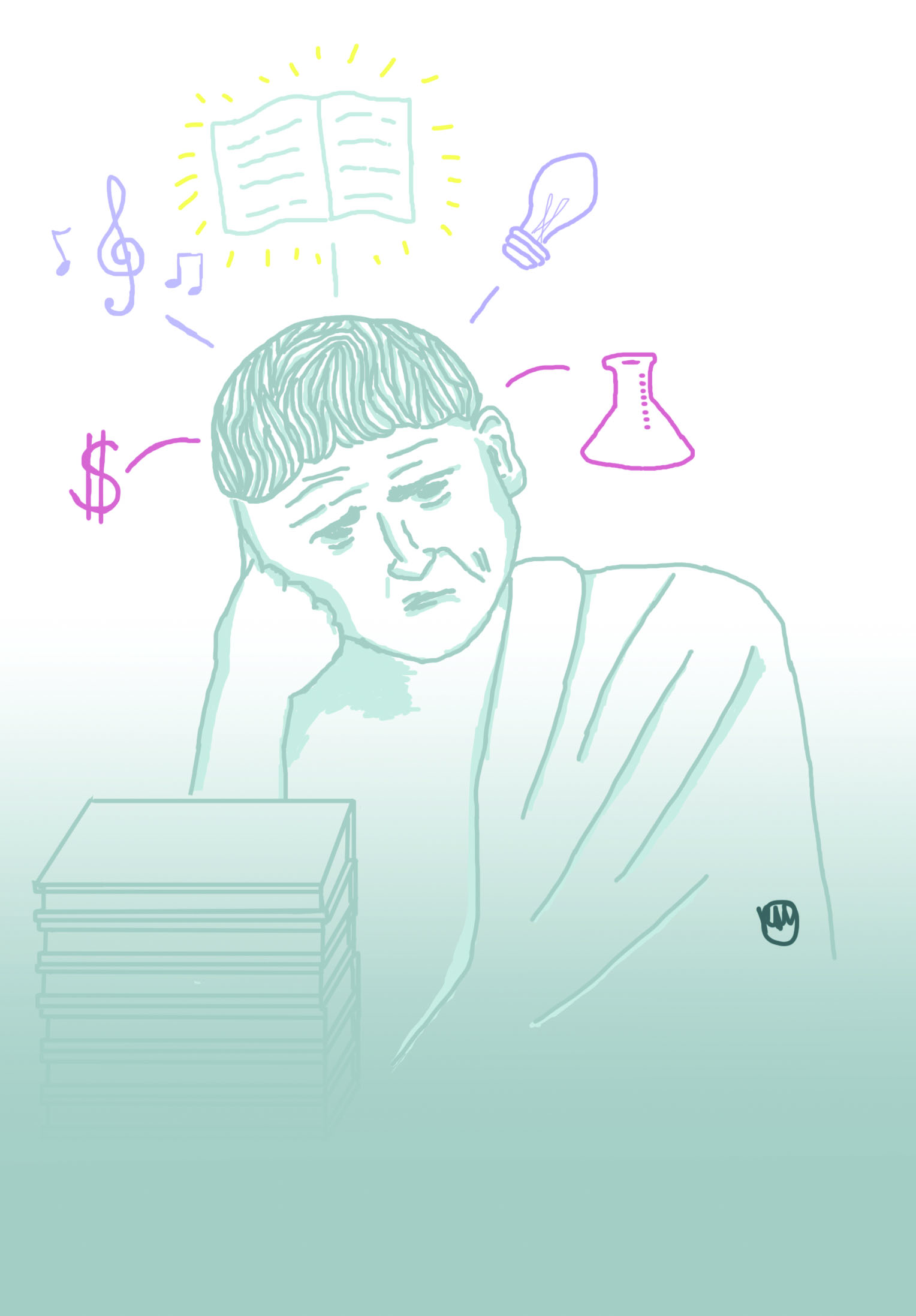 Based on 2014 data collected via the U.S. Bureau of Labor Statistics, the average first-year income of English major graduates is $36,000 per year. This is $14,000 less than the average college graduate and still $5,000 less than the average annual income for the nation. Considering only 32 percent of U.S. citizens over the age of 25 have a bachelor’s, or four-year, degree, it is apparently more effective to skip college and head straight into the labor force, accumulating work experience while English majors accumulate large student loans.

We would like to make it clear that annual income is not the only measure of success, but it is a factor to consider for Palo Alto High School students about to receive acceptance letters from colleges. Certainly where a student chooses to go is important, but his/her major choice can impact the next four years as well as the post-college career.

It appears to us that the English pathway in both high school and college is flawed, as even substantial education in this field does not provide skills that society values. This lack of value is exemplified in the unusually low first-year income. Moreover, the unemployment rate for English major holders is unusually high according to the Federal Reserve Bank of New York — 7.5 percent unemployment compared to 4.5 percent overall for all college majors. This unemployment percentage is notably higher than other liberal arts majors such as performing arts, art history and philosophy which have unemployment rates of 6.0, 5.1 and 4.3 percent respectively.

The careers most directly correlated with English majors are some form of teaching, editing or translating position. According to the Bureau of Labor Statistics, all three of these careers are either growing slower than the national average for all jobs, or, in the case of editing, declining.

Yet, there is still hope. A salary prediction tool called Payscale states that several positions often held by English majors, such as marketing director, web-content manager, technical writer and account manager, often earn wages above the national average, and are expected to grow faster than average in the coming years. English teacher Mimi Park believes that high school English is evolving to encompass more usable skills.

“If you think about the implementation of Common Core and where English in high schools is moving, in Palo Alto we are moving towards more real life writing skills. This is includes informational writing, research writing and argumentative writing. I would think these are all valid skills in any occupation.”

Moreover, Park highlights the problems concerning millennials in the workforce, and points toward English as a way to remedy these problems through education.

“The big problems in the workforce are the lack of attention to detail and interpersonal ability,” Park said. “I think the big ideas that English teaches is the ability to see outside yourself and work effectively with others.”

Finally, studying English is often a rich and rewarding experience that teaches people more about themselves and helps them to understand the world they live in.

Even the aforementioned higher paying careers that English majors often occupy require some sort of further technical expertise or management skills. While English may help develop the critical thinking needed to solve complex problems, this skill alone is insufficient to be competitive in the workforce against people who have studied more sought-after topics such as computer science or business administration.

Instead of waiting for the curriculum to change, students need to take their education into their own hands and study more relevant topics in addition to their passion. A basic understanding of computer programming or web development is necessary for the higher-paying positions that English majors often occupy. By combining technical skills with English studies, students have a diverse set of capabilities and a much better chance of securing a job after college and going on to lead successful careers doing what they love.