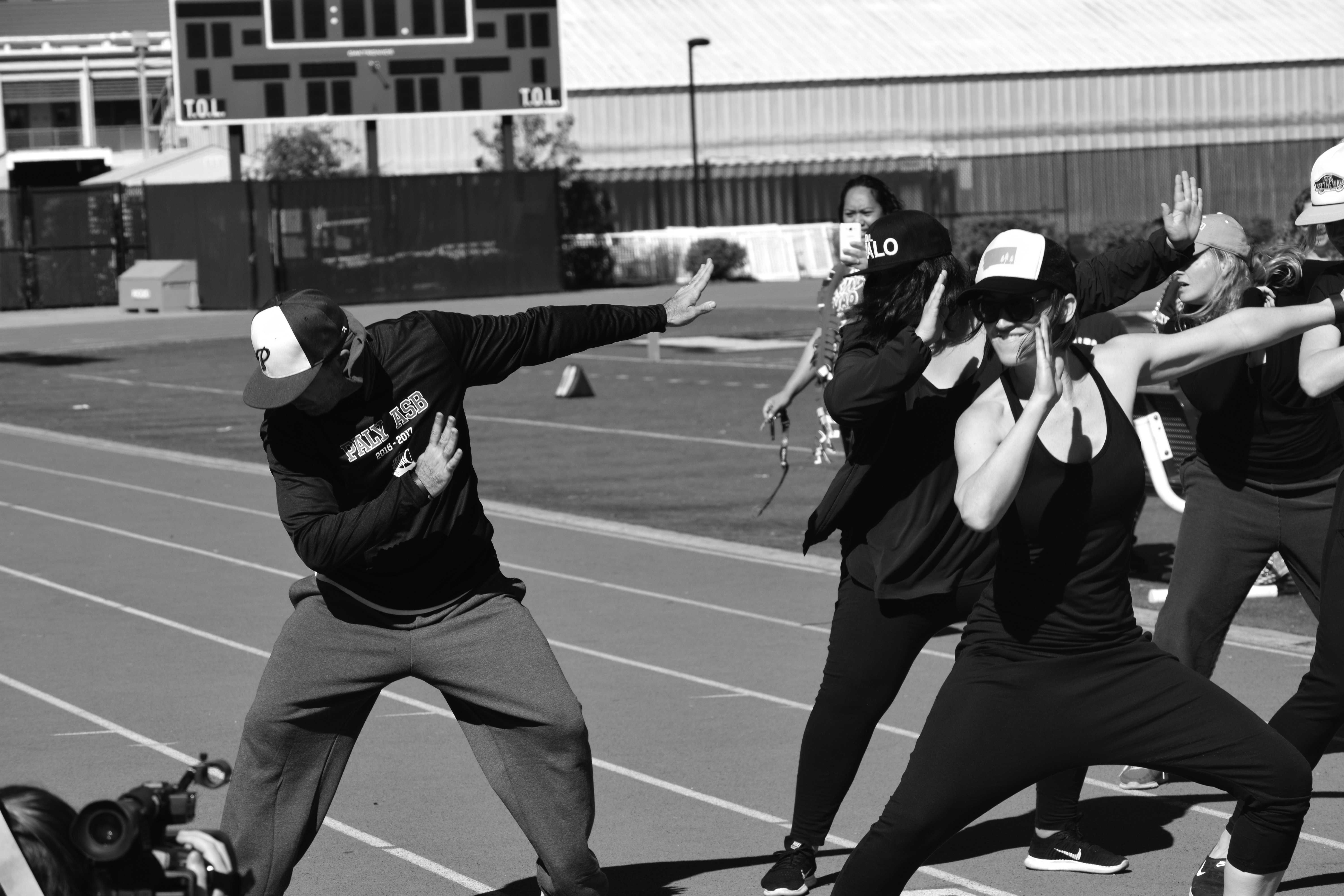 It was the final day of Spirit Week 2016. From dress-up days to spirit dances performed by each grades, the week had lived up to its name. But there was one more surprise waiting for everyone.

At the end of the lunch rally, hip hop music began to play from the speakers surrounding the field. Seven staff members walked onto the track, lined up in formation and launched into powerful, graceful moves that would have impressed Beyonce. The students went wild — screaming and shouting and clapping their hands.

“Everyone was losing their minds pretty much,” said Student Activities Director Matt Hall. “They were chanting… before the end of the dance.”

For the Spirit Week routine Hall organized the practices, found a dance video he liked and taught the moves to the rest of the team. The video he found is a song by artist Panjabi MC, choreographed by Anze Skrube

“I found the video online and I just thought it was such good choreography. It also met the requirement of being short. We didn’t want a ten-minute video.”

The group practiced once a week at lunch for two months leading up to their Spirit Week performance in October. They then added one longer after school practice with the entire team right before Spirit Week to get used to the track.

At the lunch rally on the final Friday of Spirit Week, all seven staff members performed. During the after-school rally, Hall, Bond and Laptalo spontaneously performed their same routine, receiving cheers and applause from students and community members in the bleachers.

“People were busy, doing other things and people asked us at the last minute, spur of the moment,” Hall said, “We just did it.”

“I’ve been a B-Boy for thirty-plus years now,” Hall  said.

Throughout his dance career, he never received professional training or lessons of any kind. All of his dance is self taught, learnt from videos or from dancing with others.

Hall has experience teaching dance to people from different backgrounds with a variety of skill levels and experience. Williamson coaches the Paly dance team, which is mostly lyrical and jazz dancing. Laptalo comes from a Latin Ballroom background.

“[Latin Ballroom] is a totally different genre than what we were doing. I don’t have training in hip hop really so that was a little out of my element.”

Regardless of the prior experience of the team members, “Everyone was practicing on their own,” Hall said. “Everyone had video of the choreography.”  All the hard work and practice paid off and the performance was a success.

Even students were impressed by their staff members’ abilities. Few students were aware of the team’s existence, or that teachers could actually dance.

“My students in my classes were really sweet and they all seemed really surprised which was surprising to me,” Laptalo said. “I feel like I’ve been pretty open about the fact that I have a dance background.”

As for a performance for next year, the Paly staff dance team is already making plans.

The details are top secret, but it looks certain that another routine will take place.

“Everyone’s inspired and excited to do it. It was really fun and I liked showing another side of myself to my students. That was neat and I want to do it again.”