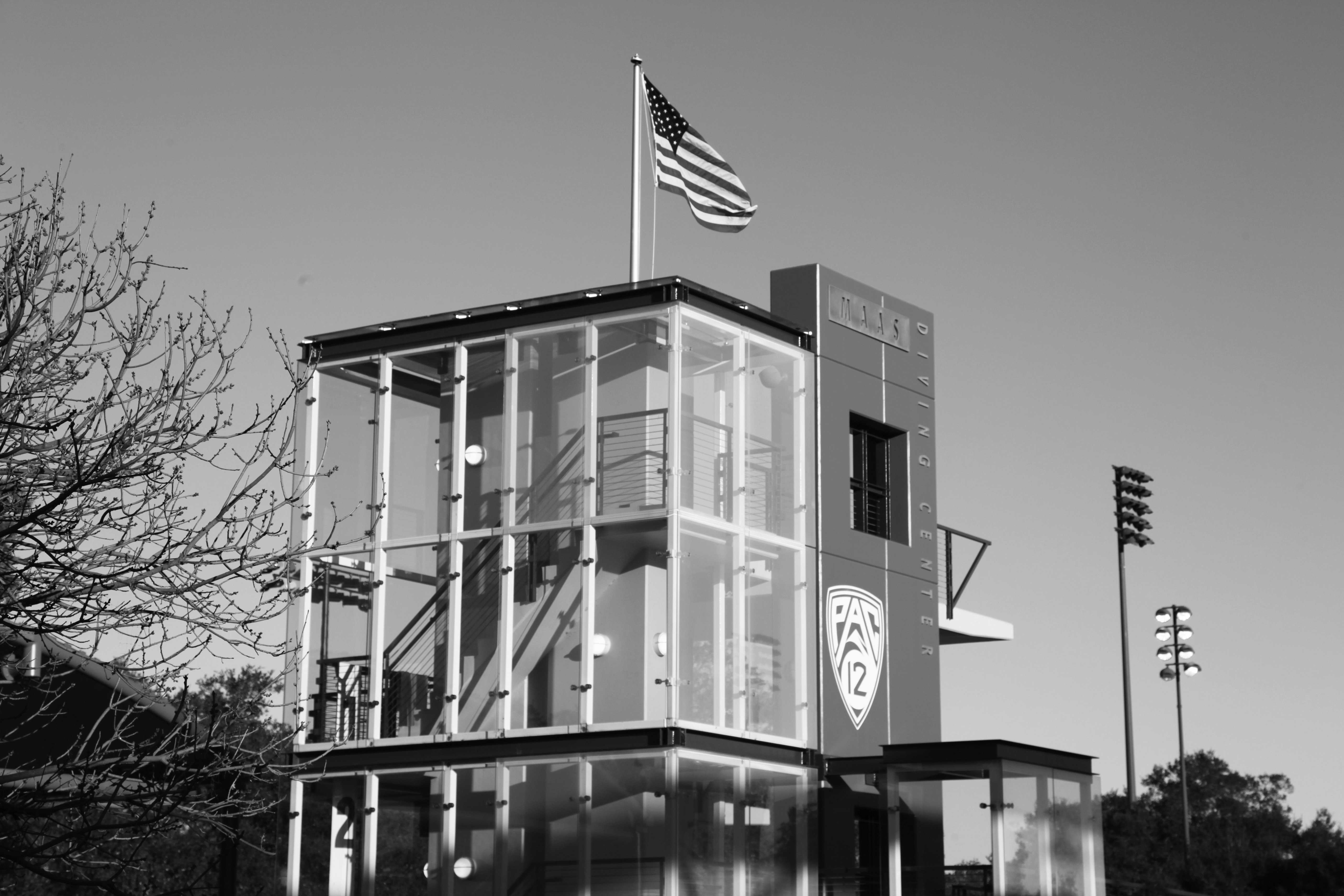 Donning a Stanford University hoodie and backpack, senior Alex Liang enters the library after school, preparing to begin his homework at a time when most students head home for the day. Nearby, senior Grace Zhao quickly solves problems from her calculus textbook, knowing that; in a short time she will have to leave for practice. Both students swim for Palo Alto High School and will be headed to Stanford University next year as members of the swim team.

At a young age, neither of the swimmers started out seriously. As a result, few thought that the two would have been able to rise to such a high level.

“My parents actually had to throw me into the pool because I did not want to go into the water,” Liang said. “It started out as being able to not drown.”

Zhao was also hesitant to fully commit to the sport, and only began swimming competitively at age 12, while other swimmers had already attracted the attention of college recruiters.

Swimming for both their club, Palo Alto Stanford Aquatics (PASA), and the school team is very time consuming, according to Zhao.

“Usually a normal week is nine practices a week,” Zhao said. “20-plus hours at the pool; three morning practices.”

Liang agrees that the rigorous practice schedule not only affects time for socializing and relaxing, but also caused him to focus even more on his academics for recruiting.

“It definitely takes a toll on your social life,” Liang said. “[The] end of my junior year I really focused on my academics.”

According to Liang, he began to get recruited around sophomore year — and for Zhao, it was junior year. When Zhao received her first email from a coach in junior year, she realized that college swimming could become a reality.

“That’s when I realized I actually had a shot,” Zhao said. “I improved even more last season. It became a really viable possibility.”

Being recruited by multiple schools, both swimmers had to narrow down their offers from Pac-12 schools, Ivy League schools and others.

“I was considering Stanford, Cal, Texas, Northwestern and Princeton; I finally narrowed it down to Stanford. One, my brother was there. Two, they [have] a really good swim program.”

Both Zhao and Liang agreed that factors besides proximity and athletics were important in their decision but also the outstanding academics offered. For Zhao, the decision was between schools such as Cal, Stanford and Harvard.

“I think it was just the right fit for me,” Zhao said. “I was looking at other schools too and you’re going to hear a lot of people going to Stanford saying this, but it actually is the best combination of academics and athletics.”

According to Stanford’s admissions website, their acceptance rate is 4.8 percent, putting it among the most selective universities in the world. Stanford has also won the Director’s Cup, given to the best overall college in sports, 22 out of a possible 23 times, making it the most successful college in sports of the past 25 years. The Cardinals have won the collegiate swimming and diving championship eight times and have attracted athletes such as Olympians Katie Ledecky and Simone Manuel in recent years.

To this point, both Zhao and Liang are very accomplished in their careers. Both won events at the state championship meet and were invited to the 2016 Olympic trials. Zhao holds records in junior national competitions, which she set in 2015. Liang set two state records in his junior year and also swam against his older brother in Omaha, Nebraska for the Olympic trials.

Alex quickly recollected of his most memorable swimming moment.

“For high school swimming, it would be 2016 states,” Liang said. “And [Olympic] trials definitely.”

Depending on what the future holds, both have a shot of not only being successful college swimmers, but also Olympians.

“Olympics seem a little far away but you never know what’s going to happen in four years. So I’m not going to say no to it.”

Despite their competitiveness, the two love all types of swimming and can never know how far it will take them in life.

“We’ll see how it goes,” Liang said. “I don’t have a set stopping point so whenever I stop having fun I’ll stop swimming.”

There is no doubt they will have many fans cheering for them across the street next year. Both are ready for whatever challengers they encounter next in their swimming careers.