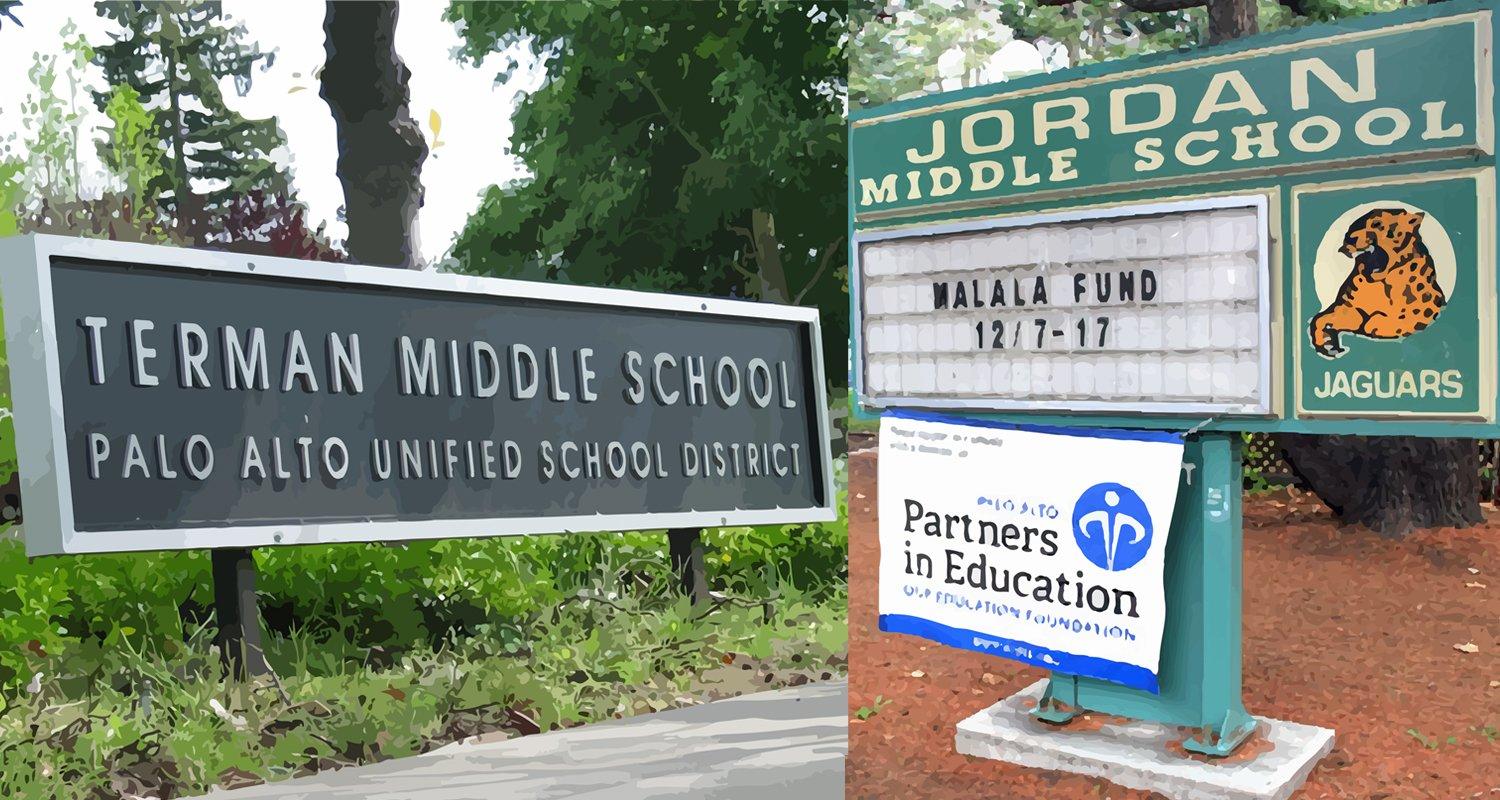 In a unanimous vote to rename Jordan Middle School and Terman Middle School on March 17, the Palo Alto Board of Education took a step forward in the local community’s effort to resolve the heated, year-long debate over the names of the two schools, which honor eugenicists David Starr Jordan and Lewis Terman, respectively.

Both Jordan and Lewis Terman were well-known eugenicists in the early 20th century, and their support of the controversial scientific belief has provoked outrage, disgust and shock in the local community.

Sparked by a Jordan Middle School student’s book project on the namesake of his school — David Starr Jordan — more than a year ago, the controversy over the schools’ namesakes has spawned over 10 community outreach meetings since the book report. Furthermore, in March 2016, the Board created the Renaming School Advisory Committee (RSAC), a 13 member committee consisting of parents, community members, alumni, a teacher and a student that is devoted to investigate renaming the two middle schools.

“It is hard to imagine the countless PAUSD students who would not have even been born if the eugenists’ thinking, policies and practices [were adopted] as widely as they were by D.S. Jordan and had become as prevalent as he desired. Jordan’s body of work devoted to eugenics is antithetical to the PAUSD mission, goals and values justifies renaming of the David Starr Jordan Middle School. Lewis Terman was ‘pivotal in the national eugenics movement,’ a lifetime member of the American Eugenics Society, and advocated IQ testing to identify ‘feebleminded’ individuals for forced sterilization and segregation.”

Other prominent members of the Palo Alto community have spoken up in favor of renaming the two middle schools, including Terman’s principal, Pier Angeli La Place.

“I understand that there are strongly held beliefs that differ and varying points of view which I respect, however, we can all agree that it is important for all of our students to feel valued,” La Place said. “I’m the principal of all of the students, and knowing that [some of] our students would have been viewed … as less than is very challenging,”

Despite the Board’s unanimous support for renaming the two middle schools, many Palo Altans do not share this point of view. According to Board member Todd Collins, of the 400 community members who emailed the Board with their positions on renaming, more people supported keeping the names of the schools than those who wanted to rename the schools  by a ratio of two and a half to one.

Yet Board member Melissa Baten Caswell pointed out that the 400 emails the Board received may not accurately represent the majority view of the almost 70,000 Palo Alto residents.

Additionally, several Board members felt that the need to protect minority students who may be discouraged or hurt by the negative association with the two middle schools’ names ought to outweigh public opinion.

“I feel strongly that we don’t put the rights and equality of a marginalized population up for a popular vote. [The community] has entrusted us as trustees to act in what we think are the best interests of the current students in the school.”

The Board has not yet decided what to rename the two schools, and they do not plan on releasing potential new names until 2018.

One common suggestion for Terman Middle School is to keep Frederick Terman’s name, but remove Lewis Terman’s name from the school. This proposal received no support from the Board who feel that distancing themselves from the Terman name is best.

“For me, the issue around Frederick Terman is [whether] we can truly make a break from the name ‘Lewis Terman’ if we retain Frederick’s [name] and I think the answer to that is no,” said Board Vice President Ken Dauber.

This has drawn ire from some in the Palo Alto community, including Lewis Terman’s grandson Terry Terman and great-grandson Jim Terman. The two members of the Terman family feel slighted by the Board’s insistence on removing Frederick Terman’s name from the Middle School.

“[Frederick] Terman’s name is distinguished because he had a lot to do with Silicon Valley being Silicon Valley,” Terry Terman said.

“Our position is that Terman Middle School should be named after Frederick Terman,” Jim Terman said. “To blame him of the actions or beliefs of his father does not support the values that Palo Alto is trying to promote with these name changes.”

Previously, cost had been an obstacle to renaming the middle schools. At Tuesday’s Board meeting, the cost of replacing all of the signage and gear was estimated to be $200,000. Due to the District’s recent budget shortfall, some members of the Palo Alto community question whether renaming the schools is worth the price of doing so. But another estimate on Friday put the cost at around $50,000, and McGee suggested that the District pay for the renaming process with some of its $300 million in bond funds.