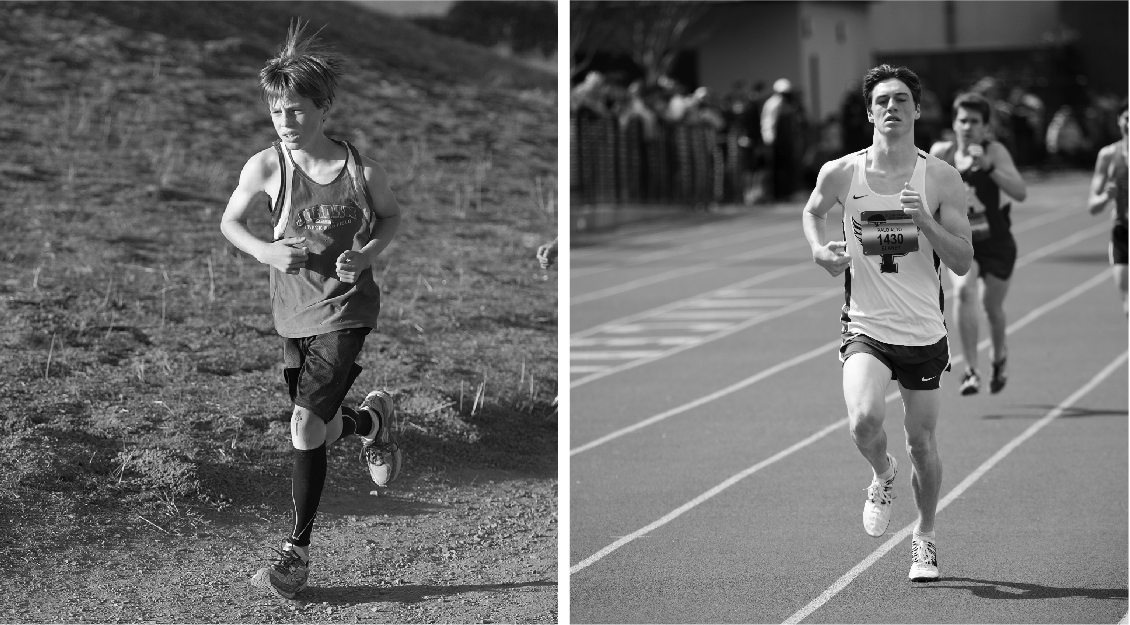 Most people at Palo Alto High School recognize the name Kent Slaney, or know him as “that really fast guy” on campus. Slaney, a senior at Palo Alto High School, has been a top tier long distance runner in cross-country and track and field. Since Slaney’s freshman year, he has placed on the podium almost every time in national events.

Along with Slaney’s national presence, he is well known by the Paly community and many can speak to his many accolades as an athlete and a student.

Slaney’s began training long before his freshman year. He started running in kindergarten, joining a jogging club that met during lunch. In jogging club, Slaney had modest goals. He would earn prizes such as Jamba Juice gift cards or pencils. Slaney thoroughly enjoyed this time despite the low-quality prizes.

“I really enjoyed that and it was my first running tournament experience,” Slaney said.

It did not take long for Slaney to get recognized locally. As a first grader, Slaney won a 5,000-meter race and was noticed by the media.

“I won the race and got in the paper, and that was really exciting for me,” Slaney said. “The feeling I get after winning a race is amazing. I decided to keep going from there.”

Slaney’s talent in running came as a huge surprise for his family. Most of Slaney’s family did not consider themselves athletic, and at first did not believe the schools when they told them how fast he was. After seeing him win first place in his first 5,000-meter race, at Palo Alto’s “Running of the Bulls” event, his family immediately recognized his great talent. Slaney’s father, Malcolm Slaney is supportive of his son’s running. He helps out at Paly by taking photos, writing emails and supporting the cross-country and track and field teams.

“It’s been really wonderful that Kent has found something that he really loves, and therefore he is good at it,” Malcolm Slaney said. “We wish all kids could find such love and success.”

Slaney’s running abilities aren’t solely due to natural talent. He trains hard and can be seen running on the track during his prep periods. Slaney motivates himself while training by remembering the intense feeling of satisfaction he gets after winning a race.

“Nothing really compares [to winning a race], it’s like all your training coming to fruition,” Slaney said. “It is very satisfying knowing that everything you are working for finally pays off.”

“I have made a lot of friends through running,” Slaney said. “I do a running club over the summer where I also get to meet lots of people. I have a lot of friends on the track team, and running is a great way to meet people. I find that the people that are runners are generally nice and make up a great community.”

While Slaney mainly runs in the Bay Area, he has extended himself to places all around the United States.

Slaney has certainly had many opportunities travelling and meeting people through his running career.

Out of all the places he has visited, his favorite place to run is Telluride, Colorado. It is not too hard to understand why he loves Telluride  so much. The city has some amazing mountains, 14,000-foot peaks, soft snow and flowing rivers.

“The Telluride run is at 9,000 feet so the air is a lot thinner,” Slaney said. “It takes a while to get acclimated, [but] the place is amazing.”

Slaney’s journey through running has been a long one, but he has received help and inspiration from his older peers. One peer that has particularly inspired Slaney is Dami Bolarinwa, a Paly graduate of 2016 and current student-athlete at Notre Dame de Namur University.

“Dami Bolarinwa was on my track 4-by-[400-meter] team and he generally anchored. It was always inspiring to watch his persistence.” Slaney said. “He would start 20 meters back and he would catch up. Even after catching up he would keep going and set the PR [Personal Record] for us.”

Though Slaney and Bolarinwa are two drastically different people they have similar running routines.

“He would work hard even after the season ended, and he was influential,” Slaney said. “I am definitely glad that I had him as a teammate, and am flattered to be compared to him.”

Slaney has inspired others in the running community just as Bolarinwa inspired him. A junior by the name of Reed Foster runs track and field with Slaney and works out with him. Foster’s relationship with Slaney during freshman year was one-sided, and he viewed him as an idol.

“Later in sophomore year, we started to get to know each other a bit,” Foster said. “I think we are probably friends now. We eat lunch almost every day, and often hang out at brunch.”

Slaney believes running is an important part of life and should be done by everyone.

He has been recruited to the Massachusetts Institute of Technology (MIT) through his exemplary athletic and academic performance, and has received  a running recommendation to Harvard.

Slaney wants to continue running even after college.

“I regard running as a lifelong venture,” Slaney said. “Even after college, I want to go up in distance. Being able to run long distances for the rest of my life is important to me. Running is a big part of who I am and it is important to stay true to that.”