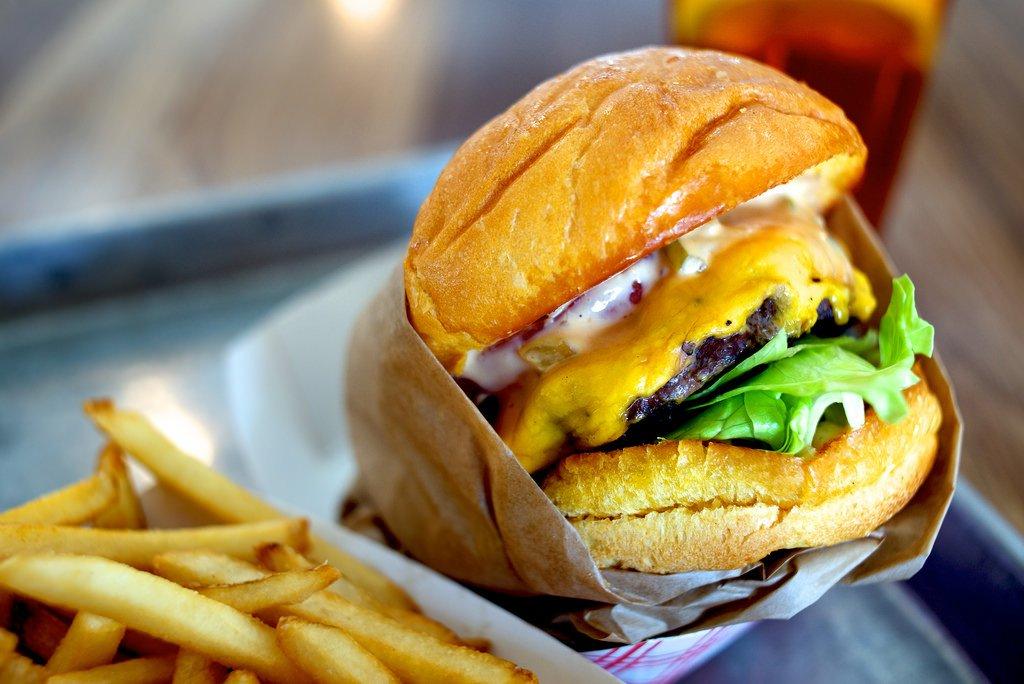 Gott’s is a small restaurant that opened in Town and Country in October of 2013. It’s a small chain with locations in St. Helena, Ferry Building Marketplace, Napa and Palo Alto, all in California. It is fairly new, and it is also family owned. It boasts having the juiciest burgers, the thickest milkshakes, and an extensive alcohol menu. Many reviews report bad service and bad food, so we went to see for ourselves.

When we arrived, at around 3:30 p.m., it was pretty empty. It was nicely air-conditioned, providing a cool refuge from the 80 degree weather outside. There was old music playing at an audible level, but still quiet enough to hear yourself speak. The furniture was modern and the restaurant had a nice feel to it. Only about three tables were occupied. All four registers were open, and as soon as we got inside a staff member was made available to us. He was very patient and took our orders quickly. We were given a buzzer that would be set off when our food was ready. When we went to sit down, we noticed that most of the tables were clean and the floor was also relatively tidy. The bathrooms were clean and had a nice smell. Overall, the restaurant was clean and the service was satisfactory.

Our buzzer went off in four minutes and six seconds, which was much quicker than we had expected. We first had one of their advertised burgers, that cost $6.99, which was a little overpriced for the quality.

The second thing we tried was the chicken tenders combo meal. It cost $7.60 in total and included three chicken tenders, an order of fries and a small refillable drink. The chicken tenders were also mediocre, but not amazing. They were crispy, but some parts were a little burnt. The chicken was juicier than the burgers but had less flavor. It could have used some salt and pepper.

The fries were the best part of the meal. They were crispy without being over-cooked, and had an abundance of flavor. It was perfectly seasoned and had a great texture. The portion sizes of all the food was good. It was filling, without having too much on the plate to finish.

The last thing we had was one of their chocolate shakes that cost $7 each. We had high expectations, seeing as Gott’s had advertised that their shakes were the thickest in the business. It was not bad, but, like everything else, not great either. The shake was pretty thick but was also lacking in flavor. The milkshake was mostly cream and could have used more chocolate flavoring. The size of the shake was good, but for the price I thought it should have been bigger.

This restaurant was alright, but the price of the food was not proportional to the quality. The food was not bad, but it is not as good as Gott’s advertises. Most of the food was relatively flavorless, and some of it was pretty dry as well. The restaurant was clean and had a nice feel to it. All of the employees were efficient and did their jobs well. Gott’s would be a good place to go for a casual lunch or dinner, but not for anything more formal than that.