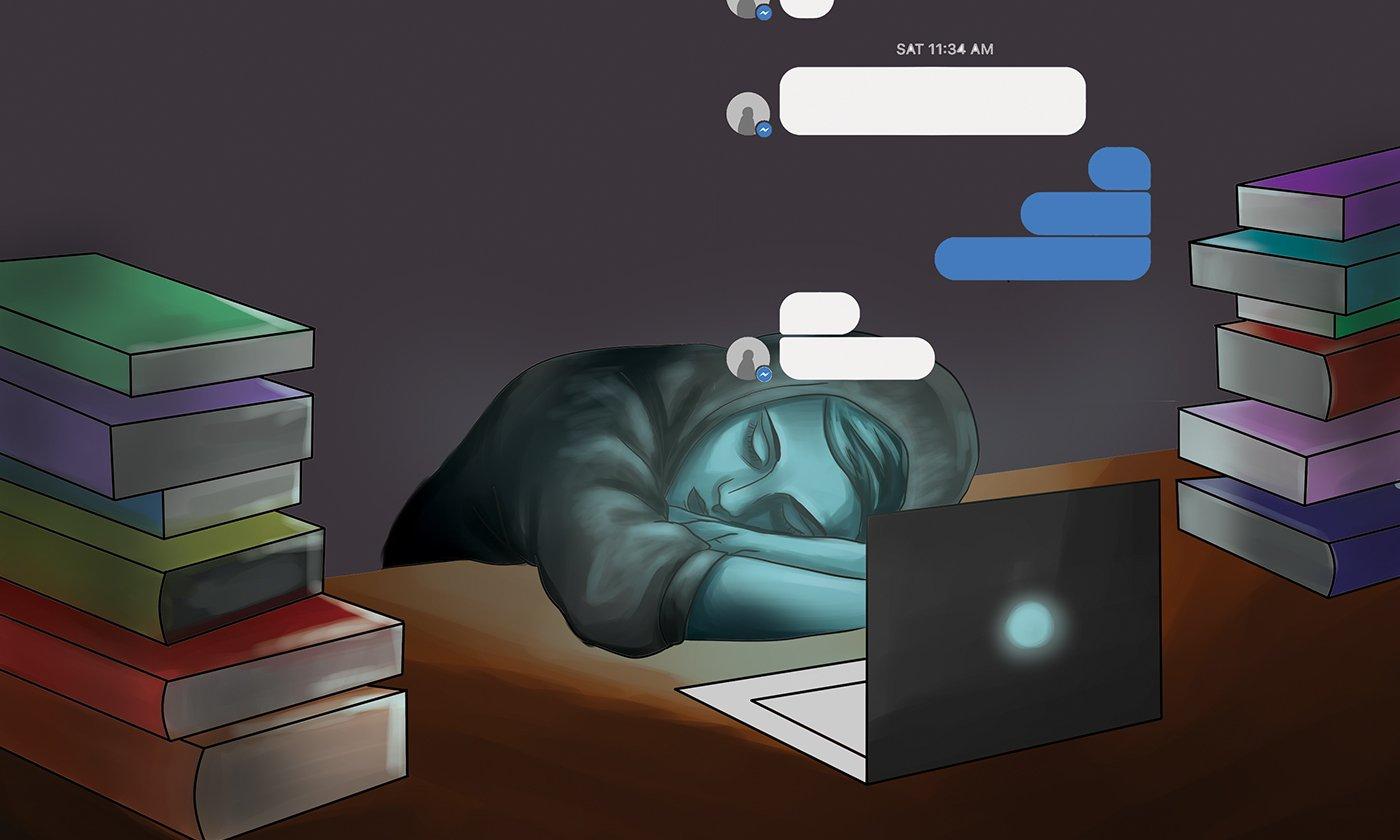 No, we’re not talking about alcohol or substance abuse, but a much more widespread and pervasive problem: sleep deprivation.

Sleep — or a lack thereof — is hardly a new issue. In fact, the Center for Disease Control has classified sleep deprivation as a public health problem due to its contribution to decreased workplace productivity, motor vehicle crashes and chronic disorders such as diabetes and cancer. And while over 90 percent of students said that sleep matters to them, over a third still consistently get under six hours of sleep per night.

But why? Why, if our school district has been so adamant about reducing student stress and pressure, are so many students operating in a state of mind that is inefficient at best and life-threatening at worst?

Within our current school system, it’s inevitable. When you’re a high school student, you have more classes, more activities and more responsibilities. These responsibilities come in all shapes and sizes and not only affect students stress levels, but also the amount of sleep they’re getting. According to the National Sleep Foundation, teens ages 14 to 17 require at least eight hours of sleep, which can become nearly impossible when students have so much on their plates.

While schoolwork is usually the go-to scapegoat for students’ lack of sleep, social media can be just as culpable. About 68 percent of Palo Alto High School students use social media before bed, whether just for a few minutes or for hours. When media is at our fingertips every second of the day so easily, setting boundaries and keeping devices outside of the bedroom can feel impossible.

Social media isn’t the root of all evil but its overuse, especially during our sleeping hours, can be detrimental. Because students are so busy during the day, they don’t always get to interact with their friends. Being forced to give up a social life for schoolwork can lead students to try and compensate by staying up late on social media. However, the blue light emitted by laptops, cell phones and other forms of technology can also damage prospects of sleep.

“Social media use itself is not necessarily bad; it’s the backlit screen that is more of the culprit,” said Christopher Farina, a Paly history teacher. “When you shine light directly into your eyes from 1-2 feet away right before you’re trying to go to sleep, that light sends a signal to your brain to stay awake, and it therefore delays sleep onset and degrades sleep quality.”

The light from screens has also been found to decrease melatonin production in the body. This in turn messes up circadian rhythms (the body’s internal clock that determines when you feel alert and tired), making it harder to both fall asleep and wake up.

Although social media is a major element of sleep deprivation, it cannot be denied that schoolwork and stress play a significant role in the quantity and quality of students’ sleep. Even though the majority of Paly students aren’t getting the recommended amount of sleep, over 90 percent of students recognize its value.

“Sleep is really important,” said Bellarmine junior Erik Mintz. “Especially if you play sports or want to work out, not getting the right amounts of sleep will affect performance, which will affect how much energy you have during the day.”

Without the right amount of sleep, students can’t complete their necessary day-to-day responsibilities without putting in extra effort, which can make students emotionally volatile and more susceptible to stress.

The sleep dilemma is something most Paly students are familiar with, especially as upperclassmen deal with the combined weight of AP classes, college applications and an increasing amount of extracurriculars and responsibilities. Students can easily resemble zombies, struggling to get out of bed and dragging their feet to get to school.

“I see kids coming to class late, struggling to focus and occasionally dozing off in class,” Farina said.

So what can be done to alleviate this problem?

Although it can be hard to cut out huge chunks of your schedule like school, homework or extracurriculars, there are steps that can be taken to help alleviate some of the factors of sleep deprivation.

“Put devices away 30 minutes before bed and read a book or write instead,” Farina suggested.

For a more widespread solution, schools can adjust their bell schedules and shift the school day forward. Because many teenagers have circadian rhythms that favor waking up and going to sleep later, simply trying to sleep earlier in the evening is often ineffective. However, according to the National Sleep Foundation, “schools that have set later bell times find that students do not go to bed later, but get one hour more of sleep per school night.” A later start to the school day would give students five extra hours of sleep per week.

It’s time to decide whether the stress of sleep deprivation is worth it.