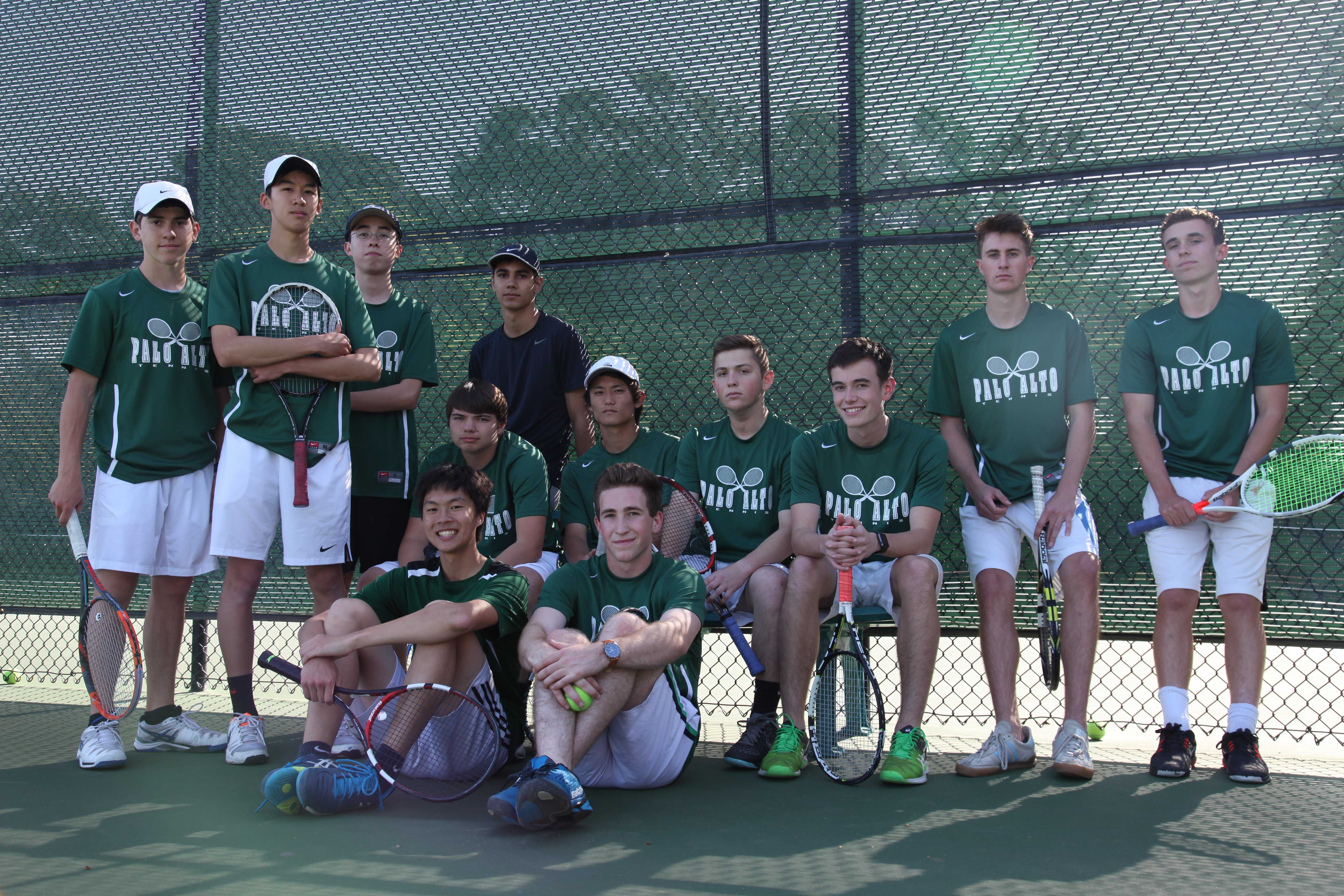 Ehecatl Rivera-Pinedo
Sports
April 26, 2017
Unfortunately for the boys tennis team, the last few weeks have yielded more losses than wins. As the team approaches the end of their season, they hope to ameliorate their performance on the court and their overall record of 7-9.

The last three games the team has played have ended in loss after loss. The team was tested on April 20 against Monta Vista High School when they were shut out 7-0. Despite their best efforts, no one on the team was able to take a win home.

“After the first set we didn’t think of Monte Vista as a super good team, we just saw them as a team that needed to be beaten,” said junior Johnny Loftus. “But in the end we sadly lost our focus and choked. The key also was playing aggressively at the net, but knowing when to play two back. Why we played better in the second set was because we calmed down and didn’t pay attention to the fact that the rest of the team was losing. Monte Vista is also probably the best team in our league.”

The game against Monta Vista was not the first of their losses this season. The team experienced similar results against Saratoga High School and Los Gatos High School on April 11 and April 13 respectively. The home conference match against Saratoga resulted in a 2-5 loss. While this match was not a shutout, it was nonetheless devastating for the team. Two days later, the team received a loss with the same score. The team has had an inconsistent season from the start, with their losses being offset by triumphant victories. Yet as the season has progressed, the boys fell  into a losing streak.

“We’ve had some pretty good wins this season,” said junior Andrew Shieh. “But a lot of our losses have been pretty narrow. I think that’s helped us work even harder so that we can get more wins. Losing some games has been rough but we know that if we train more we can win.”

While the team has experienced many losses, it is important to note that the team is currently competing in the highest division in California, and tough competition is expected. The struggle will be a learning experience for the team and will hopefully improve their performance.

“As we approach the end of the season, the whole team has experienced significant growth,” Loftus said. “For the last few games we have left, it will be crucial we stay focused and anticipate the tough opponents that we may face.”

As the season comes to an end, the team was unable to reach their goal of reaching the Central Coast Sectionals (CCS) tournament, but they remains optimistic about next year.

“Overall I thought we had a pretty successful season,” said junior Hunter North. “Our league was tough as always but we were able to hold out ground for the most part. Unfortunately we came up just short of CCS. However, I’m confident that we will be competing in it next year.”