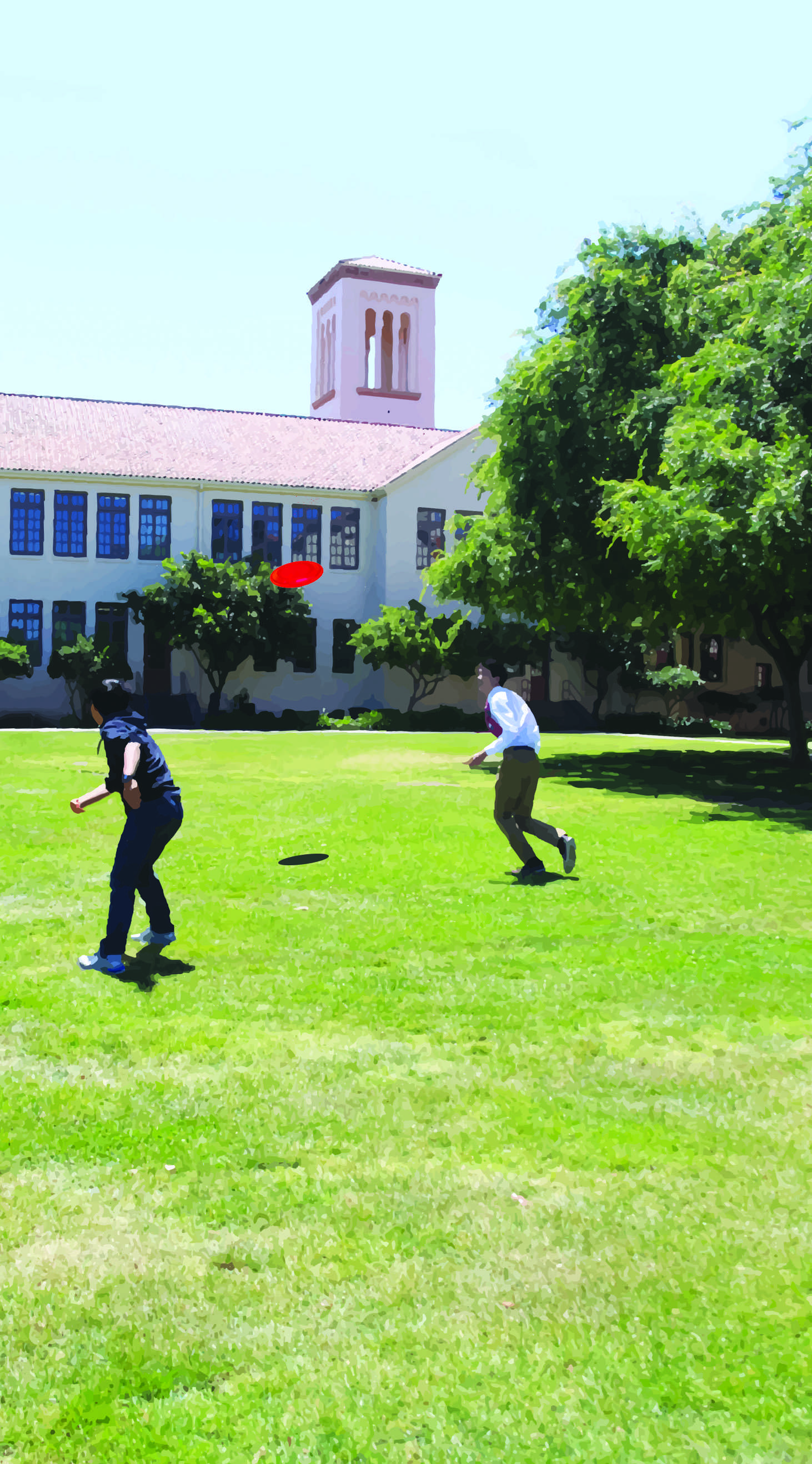 The Legitimization of Ultimate Frisbee

In the high tempo, action-packed flurry of bright red and blue jerseys, a white disk sails overhead, gracefully descending before being snatched by one of the many hands outstretched in the air. The victor brings the round object close to his chest, catching his breath for just a moment before throwing the disc to his teammate in the distance. To many, this type of intensity and grit is reserved for traditional sports, like basketball or football. But for some, Ultimate Frisbee, dubbed “Ultimate” by its participants, provides an avenue for a new form of competition and adrenaline.

Throughout history, the act of tossing frisbees has stood as a symbol of leisure and relaxation. Labeled as toys, these flying discs were typically used to play catch, whether that be with another person or a dog.

However, the ubiquity of frisbees caused fans to look for a more intense way to enjoy this object, thus creating Ultimate, a non-contact sport that relies on the constant exchange of the frisbee to enter an opposing end-zone. This sport is lauded for its limited rules and minimal refereeing, allowing it to be played competitively without tangible structured leagues.

Locally, Ultimate has blossomed into a popular hobby and activity. Many students are introduced to this sport through their physical education classes, which have increased Ultimate’s sphere of influence onto the Palo Alto community. In the Bay Area alone, 20 high schools and 17 middle schools have Ultimate Frisbee clubs, many of which play competitively. There are currently 12,000 participants in Ultimate Frisbee nationwide, making up more than 700 teams according to Ultiword, a news media site dedicated to the sport.

Contrary to popular perception, competition in Ultimate is not to be taken lightly. Increasingly strict drills and training regimens have been set to further teams’ success, much like those utilized in traditional high school sports. Ultimate is not glamorous either, as participants are expected to come out with bumps and bruises if they play at their best level.

“Frisbee as a sport takes as much mental IQ (intelligence quotient) as many of your other common sports, such as football or basketball. Physically, frisbee involves more running than almost all sports besides soccer.”

The pervasiveness of Ultimate is epitomized by Gunn Control, Henry M. Gunn High School’s Ultimate team, which has taken the school by storm and become one of the school’s most competitive and exciting sports teams. Created in 2015, the team has even attracted those from outside the school, including Laurence. The team already has two competitive squadrons that face off against each other in tournaments stretching across the state, from San Francisco down to Santa Barbara, Calif.

Competitive Ultimate Frisbee has ballooned to more than 7 million participants from around the world. Matches have become increasingly easier to find in due to new technology, such as the matchmaking website PickupUltimate, an app that allows users to share ongoing Ulimate matches and their periodic schedules.

One concern for the sport is the lack of serious connotation it holds in the general public’s perception. For many, frisbee sports will always have a sense of recreation instead of discipline, thus fomenting the misconception that Ultimate is an easy sport to play. As a result, many are dissuaded from playing by the lack of real competition in this particular activity.

Ultimate has even captured the attention of the International Olympic Committee, thus gaining complete recognition as a sport. With Ultimate’s governing body receiving necessary funding and experiencing an increase in popularity, it may not be long before we see this sport introduced to the Summer Games.

At its current state, no one knows how far Ultimate will progress. Some deem it a fad that will dwindle in popularity and peter out over the course of time. However, some foresee continued growth and popularity, potentially reaching the esteemed status of much more renowned sports. Only one thing is certain: at its current state, Ultimate is more popular than it has ever been, and there is no doubt that we will see more of it in the future.

“I don’t see an end to [Ultimate] in sight. There are a lot of Bay Area teams starting up, young kids are getting involved and it’s starting to gain a lot of attraction.”