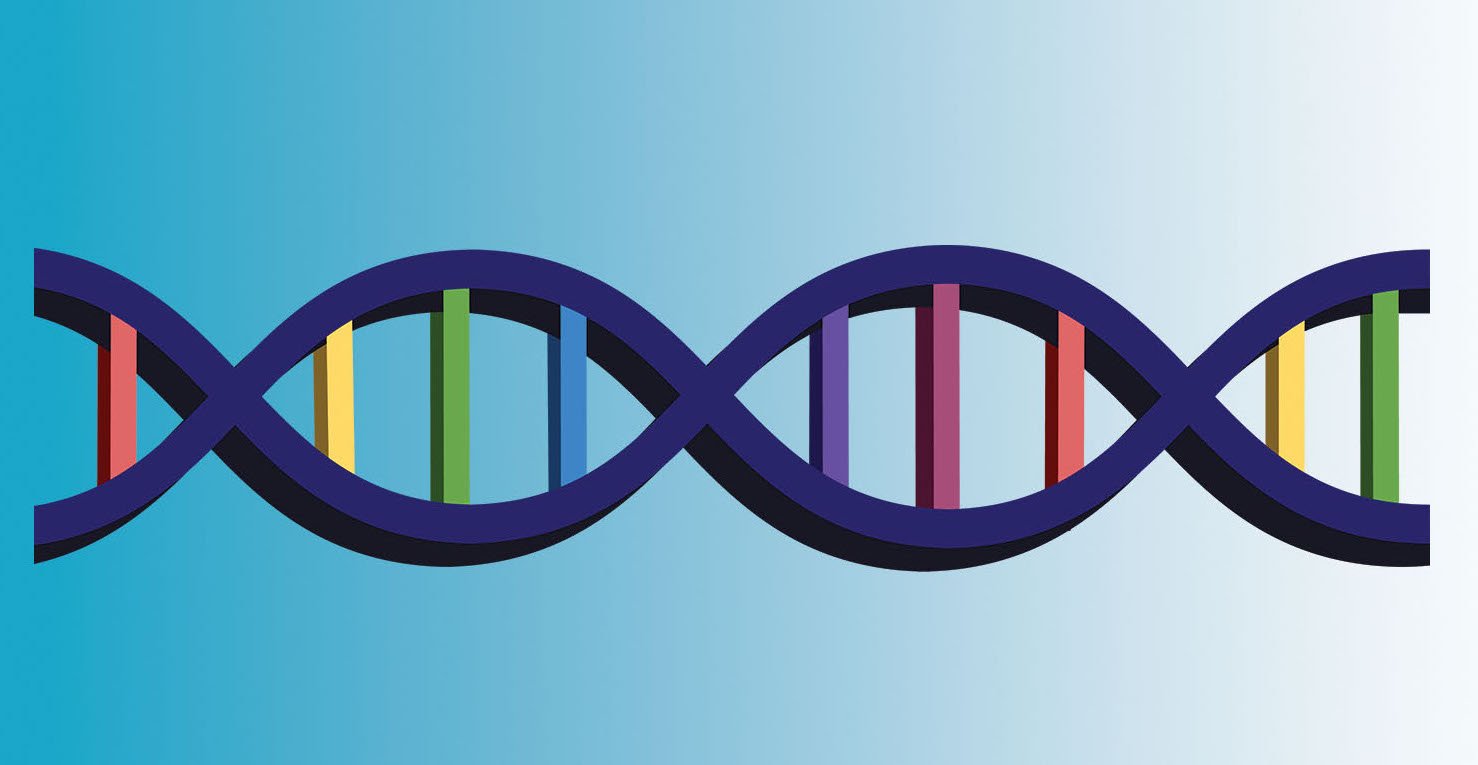 Putting Genetics to the Test

Following the recent events in Charlottesville, Va., white nationalists are scrambling to take genetic ancestry tests (GATs) in hopes of proving their racial purity. However, many tests yielded unexpected results, shocking customers who were not as racially “pure” as they thought, according to a CNN article.

Despite scientific evidence, many people struggle — or simply refuse — to accept the results of GATs. In 2013, white supremacist Craig Cobb was invited on daytime talk show “The Trisha Show,” where he agreed to take a GAT. To his surprise, Cobb found he had 86 percent European and 14 percent African ancestry. However, Cobb dismissed the GAT as “statistical noise” and “junk science.”  Eventually, he posted his results on Stormfront, a white nationalist online forum, to express his dissent.

Cobb’s behavior has been compared with a recent study conducted by Aaron Panofsky and Joan Donovan, sociologists at the University of California, Los Angeles (UCLA), in which they analyzed Stormfront posts that discussed the results of GATs. According to The Atlantic, Panofsky and Donovan’s study found that most white nationalists rejected the validity of GATs when their racial identity was challenged. Coincidentally, two days after the Charlottesville rally, their research was presented at a sociology conference in Montreal.

“The ethics behind [genetic testing] are interesting because there are definitely going to be people who always refuse or don’t want to know their results,” said Erik Olah, a biology teacher at Paly. “In the future, I could see us all knowing right away all the different markers we have at birth, but I can see a lot of pushback on that because there’s going to be people who think the government is meddling with a database of all our DNA.”

23andMe is a private genomics and biotechnology company based in Mountain View, Calif. In 2008, the company’s product, a saliva-based direct-to-consumer (DTC) genetic test, was named “Invention of the Year” by Time Magazine. 23andMe is currently headed by Anne Wojcicki, the company’s CEO and co-founder as well as the daughter of The Campanile’s adviser Esther Wojcicki.

In a recent post on 23andMe Blog, the company said it had banned people from its forums due to inappropriate comments. 23andMe’s customer care team moderates 23andMe-specific channels and will ban users if necessary.

“[We] condemn all forms of racism, including people who are using genetic testing to advance hate-based dogma,” the blog post read. “These individuals, who use their data in this way, are missing the fundamental point that their DNA is connected to the world and everyone on it.”

23andMe insists there is no superior DNA, as all humans share a common ancestor and consist of the same building blocks of life. The company promotes inclusion and said its service has the power to change people’s minds.

“Our hope is all individuals see our test as an opportunity to learn more about themselves, and also understand we are more alike than different,” its blog post read. “In fact, science tells us we’re 99.5 percent genetically identical.”

Research has shown that people from all racial backgrounds often have mixed ancestry. According to the New York Times, geneticists from The American Journal of Human Genetics (AJHG) recently conducted a study in which they administered GATs on 160,000 participants who claimed to be a certain race. Researchers found that 3.5 percent of people who said they were white had African ancestors. The highest percentages were found in the South, specifically in South Carolina, where at least 13 percent of people who claimed to be white had African ancestry. Participants who identified with other races also found surprising results. For example, those who identified as black received overall results of 73.2 percent African, 0.8 percent Native American and 24 percent European.

Launched in 2012, Ancestry LLC, a privately held Internet company headquartered in Lehi, Utah, is the world’s largest for-profit genealogy company. Over the years, the company accumulated approximately 16 billion historical records and over 2 million paying subscribers. The company’s large database enables its customers to compare their GAT results (700,000 markers) with a wide range of DNA samples.

In a post on Ancestry Blog, Tim Sullivan, CEO of Ancestry LLC, writes about the company’s reaction to the Charlottesville riot.

“The entire Ancestry family is horrified and appalled by the tragic events that occurred in Charlottesville,” Sullivan said. “We not only condemn the violence that occurred but are deeply disturbed by the ideologies of the white supremacist groups who marched there.”

Ancestry aims to bring shared diversity to the public eye in hopes of spreading equality, according to Sullivan.

“We are against any use of our product in an attempt to promote divisiveness or justify twisted ideologies,” Sullivan said. “People looking to use our services to prove they are ethnically ‘pure’ are going to be deeply disappointed. We encourage them to take their business elsewhere.”

Research has shown that the DNA of each human is 99.5 percent identical. However, minor differences called variants, or-single nucleotide polymorphisms (SNPs), can distinguish individuals from one another.

“[SNPs] are markers throughout your DNA,” Olah said. “At each position, there’s one allele or another and it can change completely what the trait is.”

23andMe’s tests process a person’s DNA with a genotyping chip that reads thousands of SNPs in their genome. These SNPs can be linked to ancestry composition, allowing customers to trace their inheritance, view a chromosome breakdown of their ancestry and compare their DNA with new relatives. The test provides estimates of ancestry percentages to 0.1 percent and gives customers the option to explore their results.

Ancestry LLC consists of several sites and services, including AncestryDNA, a subsidiary of the company, which offers DTC genealogical DNA tests. Like 23andMe, AncestryDNA’s saliva-based GAT focuses on autosomal DNA. However, it only tests for SNPs linked to ancestry groups. The test searches for DNA overlaps, in which the more markers in common, the more likely the relationship.

In addition to ancestry composition, 23andMe’s customers have access to a variety of health-related results. Genetic health risk reports can detect diseases such as Late-Onset Alzheimer’s and Parkinson’s, but cannot offer a diagnosis, according to 23andMe’s website. In addition, 23andMe’s wellness reports can relate a person’s DNA to their caffeine consumption, muscle composition or sleep movement. Lastly, carrier status reports determine if a person carries a SNP for a genetic condition, including cystic fibrosis and sickle cell anemia. Although most carriers are not afflicted with these conditions, many of these SNPs are hereditary, increasing the likelihood that carriers will pass them onto their children.

While SNPs provide information about carrying genetic markers associated with health risks, environmental and lifestyle factors can also play a role. These factors are one of the reasons why genetic tests can never be completely accurate.

“It’s more about the likelihood of having a trait,” Olah said. “If you have a high percentage of this trait, you’re more than likely to have it, but it’s not like you definitely have it if you have a specific allele.”

At the end of the school year, Paly students in Advanced Placement (AP) Biology have a genetic testing lab, in which they test non-consequential SNPs, such as muscle type and eye color. Students obtain their DNA sample with a cheek swab and run the samples through gel electrophoresis in a PCR machine, according to senior Audrey Li, who enrolled in AP Biology last year. Li was not surprised with her results, as the most of traits tested were easily observable.

“We compared our gel patterns with a new sequence to determine which traits we had, such as muscle type and lactose intolerance,” Li said. “However, we weren’t able to test for disorders and diseases for ethical reasons.”

Although Li has never taken a genetic test that evaluates more in-depth and consequential SNPs, such as health and ancestry, she hopes to have the opportunity to take one in the near the future.

“I’ve always wanted to do a test from 23andMe to find out my ancestry, but I haven’t found time yet,” Li said. “Some people prefer to stay neutral if they have a family disease, but others like me who are curious may want to be tested.”

However, some Paly students and teachers have chosen not to take genetic tests for personal reasons.

“For certain things, I am more than happy to be tested, like if I was testing for muscle type [or] to see if I was lactose intolerant,” said senior Julia Qiao, a former AP Biology student. “However, I don’t think I would be comfortable taking genetic tests to see if I had certain diseases. For me at least, knowing these kinds of things would be stressful.”

Although Olah has been interested in taking a genetic test, he has decided against it for similar reasons.

“I haven’t taken [a genetic test], but I’ve considered it,” Olah said. “I feel like ignorance is bliss in these situations. I would love to know if there are certain diseases I can prevent, but I don’t really want to know about something I can’t prevent.”