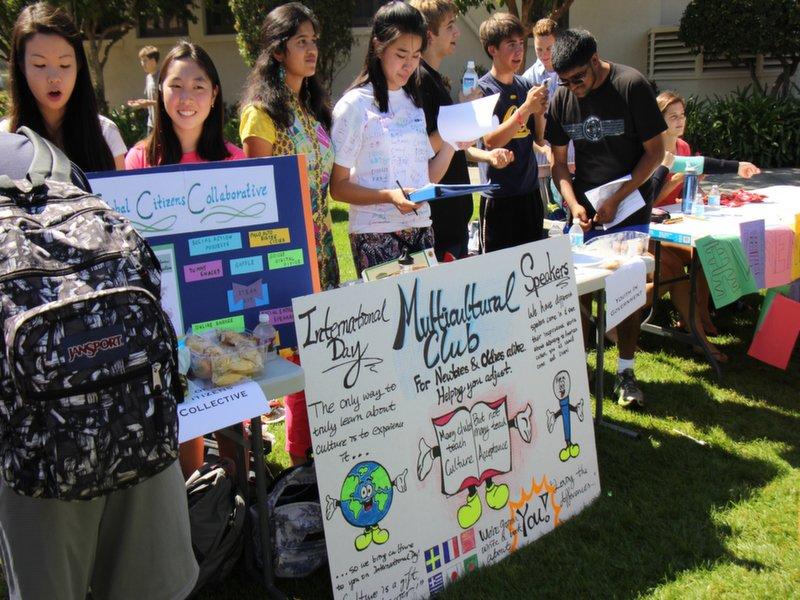 Paarth Sharma
News
September 7, 2017
Students will flood the quad for the biannual Club Day on Sept. 15. Many of the clubs on campus will set up displays on the main quad.

According to a survey conducted by The Campanile, 90 percent of Paly seniors plan to be a member of at least one club this year, with 73.6 percent of those intending to join multiple clubs.

As of last semester, there were 90 clubs for students to join on campus, according to Paly’s Associated Student Body (ASB).

The nature of these clubs vary widely, from academic like Science Olympiad to hobby-themed clubs such as Thespian Club to sports-oriented clubs like the Palo Alto Basketball Association (PABA) or Juggling Club to many more variations.

“Last year, Club Day was a huge success, and we had almost the entire school on the quad,” ASB Secretary Marissa Ludwig said. “This year, we’re looking to have even more participation by putting it on the final day of Quadchella, a music event on campus, which will hopefully lead more people to the quad and Club Day.”

This year’s Club Day will feature clubs such as Agora Foreign Policy Magazine and TEDx Palo Alto High School, which have been around for many years and attract large numbers of visitors come Club Day and are waiting for new potential members during the extended lunch day festivities. Students are encouraged to join clubs as it builds community.

Additionally, many school-sponsored teams such as Paly Speech & Debate and Paly Robotics will be at Club Day.

“This year, we’re holding our first [Speech & Debate] practice after Club Day so that anybody who decides to join during Club Day doesn’t miss anything,” said Tanay Krishna, Paly Speech & Debate President. “We want to make sure that we can reach out to as many people as possible so that anyone who wants to join can.”

Students will have to wait until Club Day to find out which clubs will be offered to students this year, but according to ASB Site Council Representative Kasra Orumchian, the selection this year is better than ever.

“There is going to be a diverse variety of new clubs this year, and I think that this year more than ever, there will be a club, if not multiple clubs, for every single student, regardless of their interests,” Orumchian said.