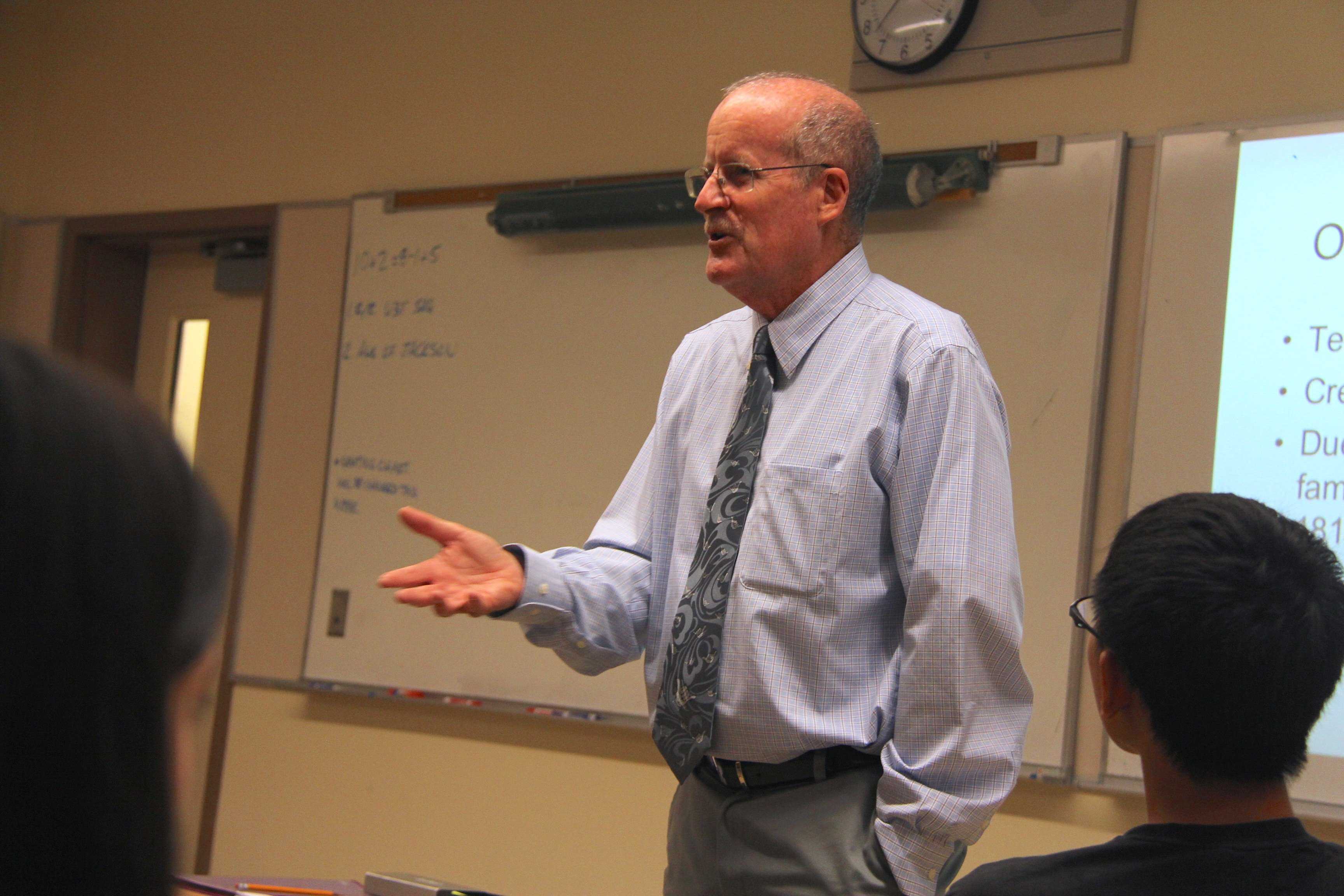 Ideas are cheap; execution is key,” said Sundeep Madra, CEO of Autonomic, a prominent startup that works with autonomous vehicles.

Autonomic is located five minutes away from Paly in an inconspicuous building. Madra said he chose to place their headquarters in Palo Alto, the heart of the technological revolution, because of the innovative atmosphere and talented population.

There are over 2,250 companies based in Palo Alto, with major businesses like Shazam, Palantir and SurveyMonkey all located in the bustling downtown area.

They’re all here to be part of something that could have a big impact. There’s always that kind of underlying idea in the back of everyone’s minds, like hey, if I work hard, we can be the next big thing out there.”

As Madra said, Silicon Valley, and more specifically Palo Alto, is a place full of opportunity and innovation.

Even at Paly, those key characteristics of Palo Alto are heavily represented.

In fact, Jack Bungarden, the Advanced Placement (AP) U.S. History teacher, originally came to Palo Alto to work at a startup. As one of the original employees, he spent several years at that company before landing “the best job in the world” and discovering his passion for teaching history and more importantly, giving students quizzes.

In addition to our multi-faceted teaching population, countless students have entrepreneurial aspirations as well.

After doing extensive research and formulating a business model, she persuaded her father to invest in the Flashforge Dreamer, a high functioning 3D printer that would allow her to expand her business.

“I think we have a really unique and prominent advantage because of where we live. The main reason I was able to start Vora’s Hub was because of the access I had to tools to pursue whatever ideas or interests I wanted.”

Madra agrees, saying that many hurdles emerging companies faced in the past, such as funding and marketing, are no longer such large issues thanks to social media and technological improvements.

“The ecosystem is so different,” Madra said. “You in your room can download XCode, make an app, and have users and then go and raise funding.”

Vora created a website to market her product using 3D Hubs, an online 3D printing service platform, as well as utilizing social media sites like Instagram and Facebook. She credits the various mediums in helping her reach a vast audience.

Though the tools to create a startup or personal project are plentiful in Palo Alto, making that startup successful is a whole other issue.

Madra, who has a history of successful projects such as Xtreme Labs, a company that created apps for tech giants such as Facebook, Uber and Instagram, as well as the National Football League (NFL), emphasizes that hard work and perseverance are vital in order to create a profitable business.

“Luck prefers the prepared,” Madra said. “You’ve got to put in the hard work so that when your moment comes, you can take advantage of it.”

Madra said although having a good idea is key, the perseverance and determination in following through with the idea is what generates profit and success.

Anyone can have a billion-dollar idea, but the execution and creation of an actual product is what separates a lucrative business from a mere dream.

As for students who are thinking about creating their own business, Madra said it’s never too early to start.