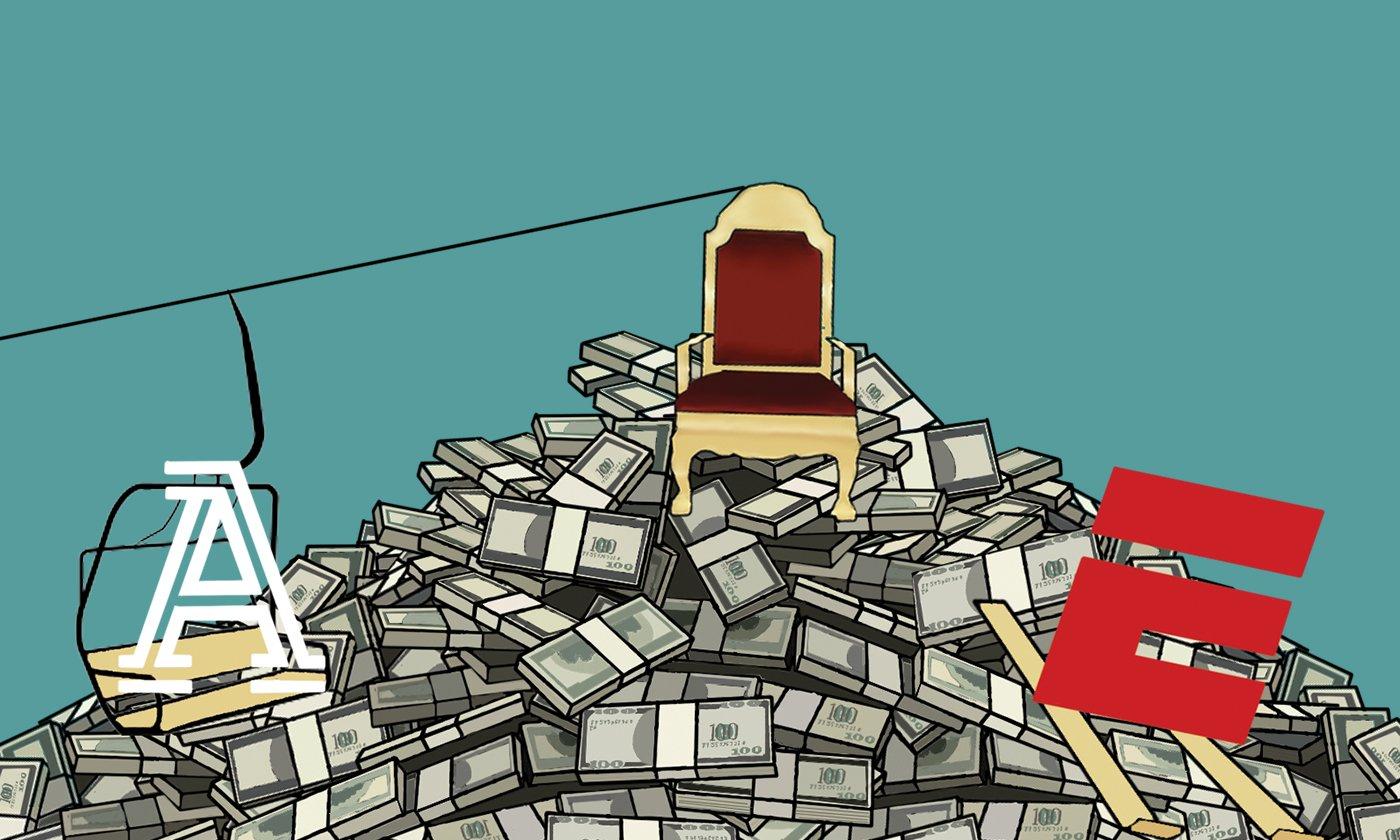 The Athletic: Challenging the Biggest Publications in Sports

Tim Kawakami didn’t need to uproot his career and leave the San Jose Mercury News job he had held for over a decade. He didn’t need to start unblocking a significant portion of the 8,873 Twitter users he had blocked since 2009. He is choosing to do so because he thinks he is part of a movement, a step in the evolution of sports writing. He believes in the vision of two young entrepreneurs with a business model and a goal of revolutionizing sports journalism.

Kawakami is spearheading the Bay Area outlet of a revolutionary sports journalism start-up called The Athletic.

For decades, sports journalism has been monopolized by power players such as ESPN and Sports Illustrated. Sports fans across the country subscribe to magazines and tune in to the most prominent cable channels. These methods of sports consumption are still big businesses, but have seen a decline in demand over the past couple of years.

“I’ve been in newspaper my whole career and I’ve watched everything slide and slide for years,” Kawakami said in an email. “I’ve sat in the meetings where newspaper people have tried to convince ourselves that this isn’t coming to an end soon. I probably stayed too long.”

Sports journalism behemoth ESPN is the most prominent example of the growing trend of sports fans turning to streaming services and YouTube for game highlights. According to “Business Insider,” ESPN has lost over 12 million subscribers in the past six years, and its viewership is steadily declining.

In response to this decline, ESPN has been steadily laying off a significant number of employees to cut costs. In May, ESPN laid off 100 on-air personalities and analysts in a move that left many established journalists without work. Jon Greenberg, a former ESPN columnist laid off in December 2015, was one such employee.

After a hiatus, Greenberg decided to join a group of writers to form the first outlet of a new subscription-based sports journalism website called The Athletic. The Athletic was built on the idea of targeting a local audience with high quality, ad-free writing. Greenberg headed this first outlet of The Athletic in Chicago, serving as the founding editor, and The Athletic has exploded from there. The brainchild of San Francisco-based entrepreneurs Alex Mather and Adam Hansmann, who are currently the CEO’s, The Athletic now boasts outlets in Chicago, Detroit, Montreal, Toronto, the Bay Area and Cleveland.

The Bay Area outlet of The Athletic launched at the beginning of August and has already attracted many local sports writers. They are united by the common belief that The Athletic is a step ahead in sports journalism. Kawakami, the editor-in-chief of the publication, is leading them forward. The subscription-based model of The Athletic marks a bold leap into unexplored territory. The online sports journalism world is predominantly free, with online publications like SB Nation and Bleacher Report, as well as powerhouses like ESPN and Sports Illustrated offering free and accessible writing.

“Our model is built on giving readers stories they cannot get at the free sites,” Kawakami said. “Is ESPN as locally-centric and as connected to the players, teams and community as we are at The Athletic Bay Area? I don’t think so. Does Bleacher Report have our level of writing? I would say there’s no chance.”

The Athletic is designed to be a unique experience for its readers. One major selling point is the ease of the reader experience. The Athletic offers ad-free articles, pop-up autoplay videos and hidden content. It also claims to offer premium local content written by first-rate writers, with each outlet catering towards the passionate fanbase of local teams.

Subscription costs $7.99 per month, or $30 for the first year. This fee may seem intimidating to many sports fans, but is seen in the broader news world. For comparison, a New York Times online subscription costs $3.75 a week for the most basic package.

According to Kawakami, the pay-to-read model of The Athletic hopes to capitalize on the rapid decline of the newspaper industry. According to Pew Research Center, the circulation of both print and digital versions of U.S. daily newspapers fell by around 8 percent in 2016, the 28th consecutive year circulation has decreased.

“For most of the newspaper industry, it’s coming to an end,” Kawakami said. “The economics are unavoidable. But I also realized if we could just peel away what readers really want — the kinds of stories that will always be read — and we step away from the things that tie down the newspaper industry, then we’d still have something.”

While Kawakami acknowledges some readers may be scared away by a paywall, he said The Athletic possesses a quality of writing that makes the fee worth it.

“Some percentage of readers will always avoid the paywall and go to what’s free, ” Kawakami said. “I understand that, it’s our responsibility to deliver things that you cannot — or will not, once the free model is totally eroded, which is happening now — get anywhere else. People do pay for the paper that’s delivered to them. Giving this stuff away for free is a relatively new development. It has decimated our industry. We’re reclaiming the right economic model — you pay for stories that are worth it.”

“We’re reclaiming the right economic model, you pay for stories that are worth it.”

Having covered teams like Kobe Bryant’s Los Angeles Lakers, the even year San Francisco Giants and the NBA champion Golden State Warriors, Kawakami knows what it takes to succeed at the highest level and said he sees the right pieces in place for The Athletic.

“Organization, thoughtfulness, planning and funding — you can do this without maybe one of those things, but it wouldn’t be easy,” Kawakami said. “Heck, it’s not easy even with all of these things. But if you’ve got a resourceful, creative, patient blueprint, and you hire the right people, and you have the right expectations, you really have a shot. That’s The Athletic, right there. Right place, right time, definitely the right mindset.”

The Athletic, although still new, has already received major financial backing from investors, raising $2.1 million in a seed round near the beginning of 2017. According to CEO Alex Mather, each outlet of The Athletic needs around 2,000 subscribers per team covered (i.e. 49ers) to break even, a number that is feasible in big sports markets such as the Bay Area. According to partner Deepen Parikh of Courtside Ventures, a main investor in The Athletic, the company has already brought in six figures of revenue.

The Bay Area branch has received a positive reaction and is broadening out its full time staff.

“The reception has been terrific,” Kawakami said. “I don’t know our exact subscription numbers right now, but I know my co-founders are extremely happy with the results so far, which means I’m happy.”

The Athletic is still in its incubation period, but already has taken steps to ensure growth. A Philadelphia outlet is being unveiled in September, and features, such as college football coverage, are being launched.

According to the Twitter account of the Chicago branch of The Athletic on Sept. 5, paid subscribers are greeted to the website with “You’ve successfully become a member of the fastest-growing sports media outlet in the US and Canada.”

The rapid growth The Athletic is experiencing makes it an intriguing alternative to the likes of ESPN and Sports Illustrated.

“We want to be the staff that provides the stories you have to read if you want to know these teams, these players and this sports region,” Kawakami said. “I think we’re already on our way there.”