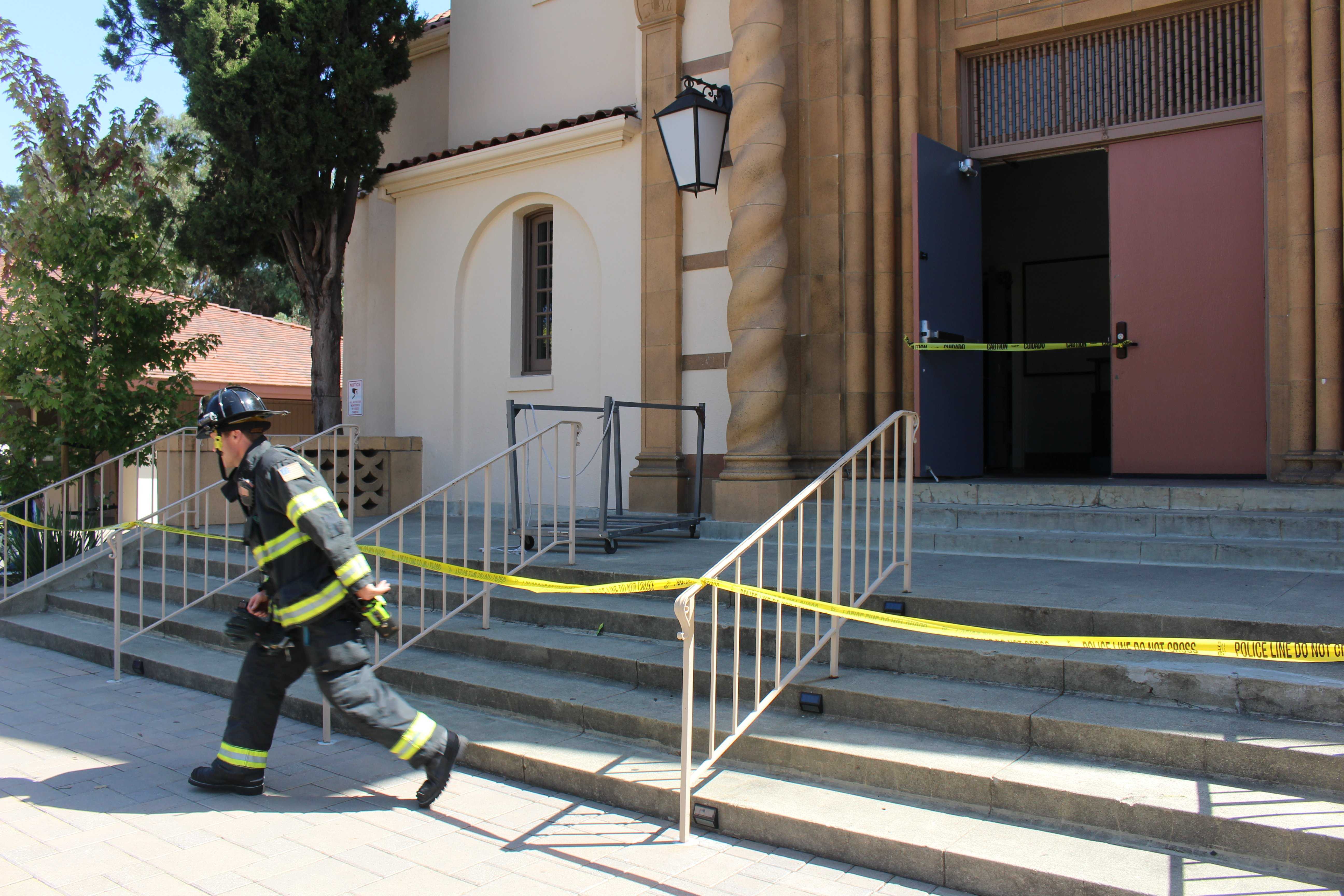 Paint fumes cause of smell at Haymarket Theater

Following the chaotic search for the mysterious smell emitting from the Haymarket theater last Friday, the Palo Alto Fire Department and Paly administration confirmed that paint fumes were the cause of the reported gasoline smell.

“We were over for a different call, and as we were coming around, the theater manager said that they had been dealing with the smell all morning, and that it was strong and might be gasoline,” said firefighter Kevin Walsh.

According to Assistant Principal Jerry Berkson, the Fire Department was not able to identify the cause of the chemical smell, so officials from the Utilities Department were called in from the city.

The Fire Department and the city officials then determined that the smell was actually due to paint.

“Once we smelled it, it was more of a paint thinner smell, and they had been painting the day before. Utilities came out and they brought their gas monitor which can detect parts per million, and it didn’t end up being dangerous.”

Although the emanating smell could have been from the barbecue taking place during lunch for Paly’s biannual Club Day, administration guaranteed that is not the case.

“It had nothing to do with the barbecue because we smelled it before then,” Berkson said.

Walsh declined to disclose information about why the fire department was already at Paly, due to confidentiality motives.

A freshman parent meeting that was supposed to take place in the Haymarket Theater last Friday was consequently relocated to the Performing Arts Center (PAC). The entrance to the theater is now blocked off to students with yellow police tape.