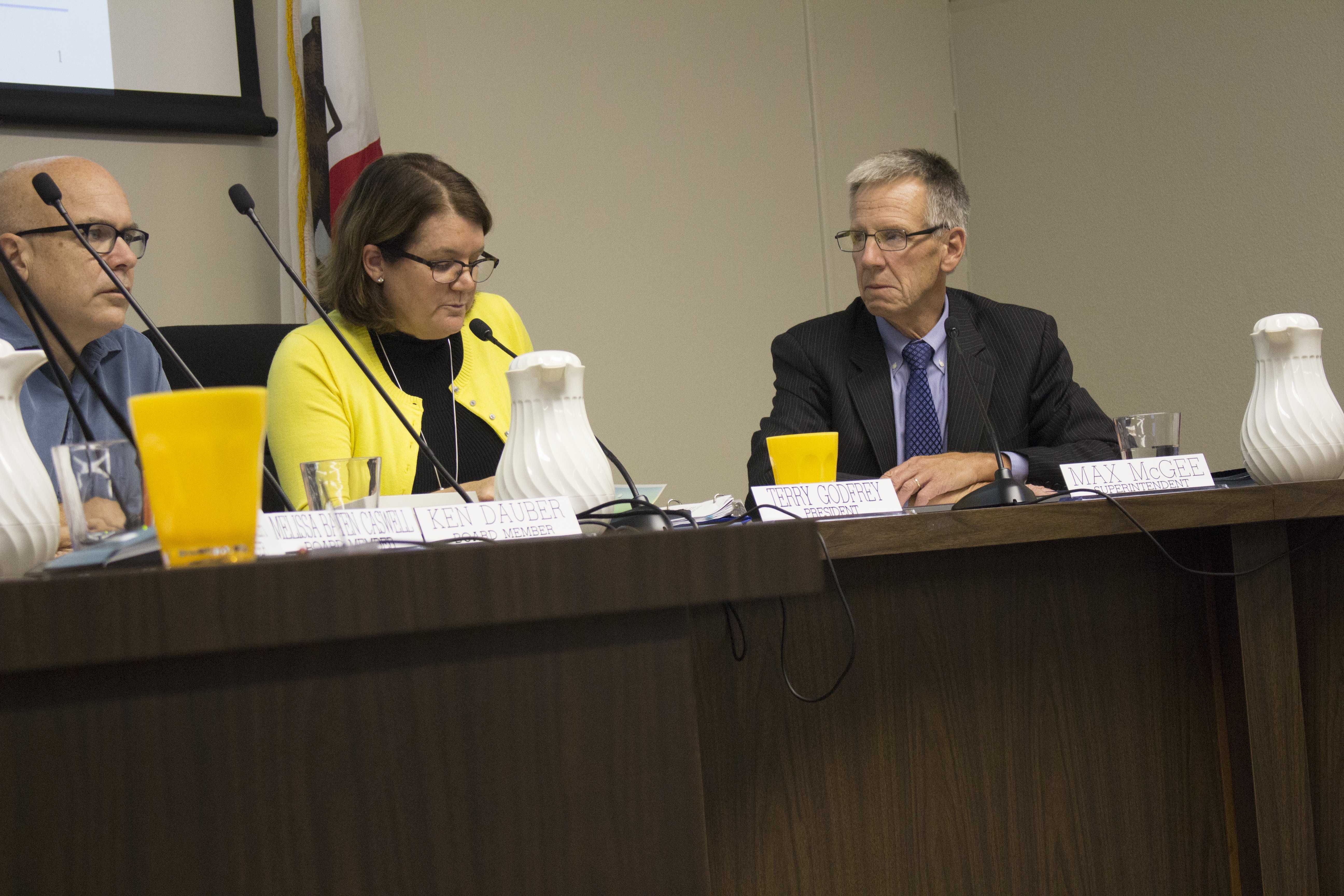 Palo Alto Unified School District (PAUSD) Superintendent Max McGee has resigned and will be replaced by Karen Hendricks, the current assistant superintendent of Human Resources, on an interim basis. McGee’s resignation is effective today, marking the end of a portion of PAUSD history that included deep controversies over handling of sexual assault cases and a budget crisis, as well as notable accomplishments, such as the Minority Achievement and Talent Development program, the Advanced Authentic Research (AAR) program and full-day kindergarten.

The Board agreed to the terms of McGee’s separation in a unanimous vote on Tuesday. The resignation agreement was posted online by the District on Wednesday morning. McGee will continue to receive District-paid health benefits and six months’ pay equal to about $150,000 from the District. McGee will return back to the District the Palo Alto residence he purchased with the $1.5 million interest-free loan given by the District.

“We thank Dr. McGee for his years of hard work and for his many contributions to our district,” Board President Terry Godfrey said at a Board meeting on Tuesday.

“His optimism, his vision and vibrancy along with the innovative programs and practices he brought to our district will be his lasting legacy”

Additionally, the Board announced that the search for a new permanent superintendent would begin immediately. In the meantime, according to an announcement made by Godfrey after a closed-door Board session late Thursday night, Hendricks will lead the district until June 30, 2018.

Hendricks joined PAUSD in July and had been the interim superintendent at the Carmel Unified School District previously. She had 26 years of experience in public education, including many years as a classroom teacher. She replaced long-time Human Resources head Scott Bowers and this fall, led the PAUSD “Chow Down,” a welcome-back staff meeting. McGee expressed his desire to support the District’s next superintendent.

His tenure was marked by both accomplishment and controversy. Most recently, the District failed to reopen negotiations with the teachers’ union about teacher salaries and will need to pay up to $6 million that was not covered by the budget. McGee also faced criticism over the handling of sexual assault allegations and the elimination of zero period at Gunn High School.

Several members of the audience thanked McGee for his work, for his integrity and for taking responsibility for the District’s recent problems. During his first year in office, he launched a team of parents, students and staff who worked to develop a better understanding of the issues faced by historically underrepresented students. Many implementations, such as expanding opportunities for low-income families, were made as a result of this report.

Under McGee’s leadership, the previously small-scale, eighth-period course AAR has been developed into an award-winning program with around 200 participating students.

Teri Baldwin, the president of the teachers’ union, was brought to tears when thanking McGee for his tenure.

“It’s been clear that you care about kids,” she said, adding that McGee always had an “open-door policy.’’

Since the resignation, community members voiced concerns about how underprivileged students will be represented under the next superintendent, as “[McGee] has been the only administrator here who’s really taken these things to heart and advocated for disadvantaged kids,” Palo Alto parent Kimberly Bomar said in an interview.

McGee took office in 2014, succeeding Kelly Skelly’s seven-year term as superintendent. The inconsistency in leadership and numerous transitions among principals have led community members to question the District’s ability to recover from yet another change in leadership. According to Bomar, McGee’s resignation will have a significant impact on the families of underrepresented students.