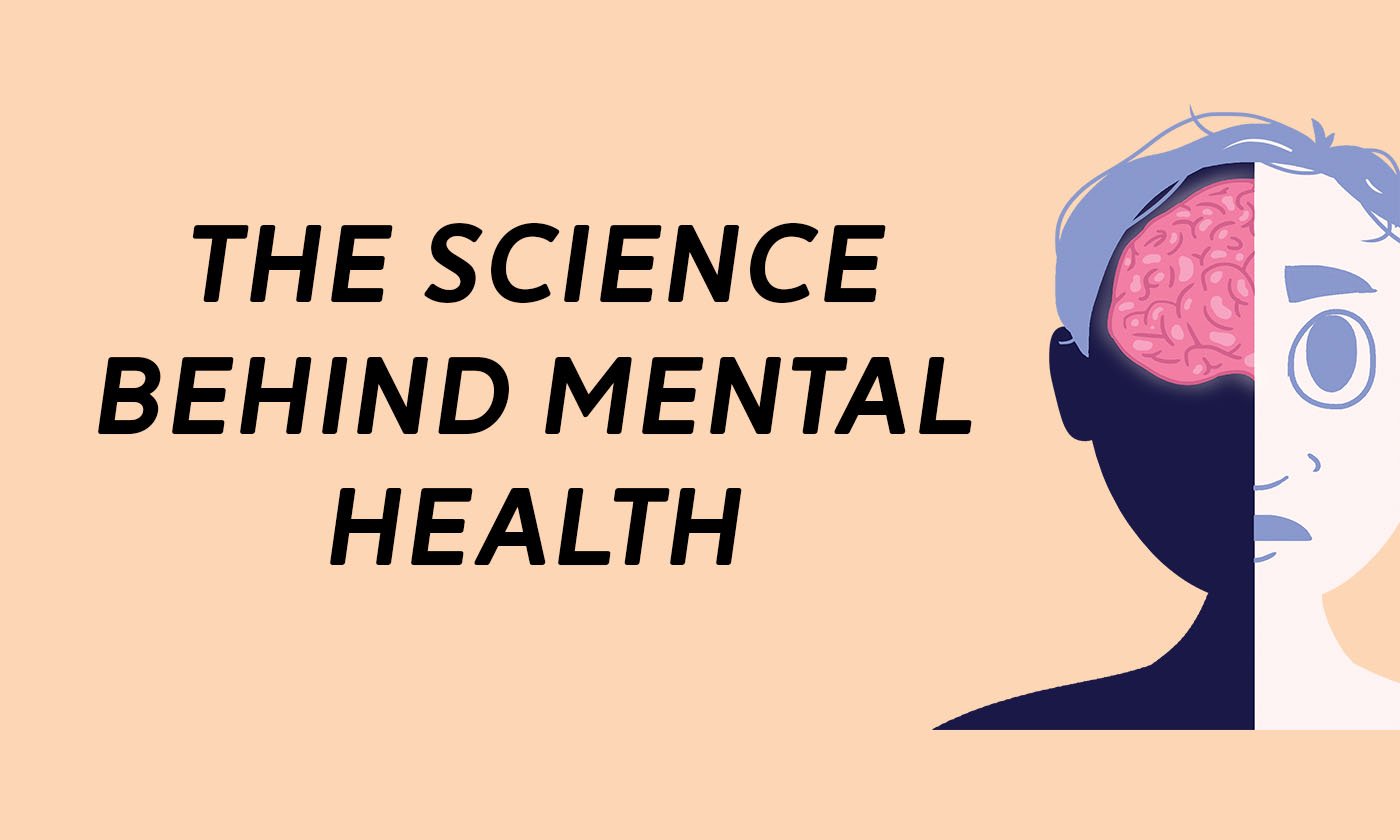 The Science Behind Mental Health

A common misconception is that a person’s mental health is indicative of their mental strength. However, mental illness is a medical condition, just like heart disease or diabetes. In a given year, one in five U.S. adults will experience a form of a mental illness, according to the American Psychiatric Association. Currently, physicians and scientists are working to expand their knowledge on how the human brain functions as well as develop improved treatments for mental health conditions.

Anxiety disorders are the most common mental illness, affecting about 18 percent of the U.S. population annually, according to the Anxiety and Depression Association of America. Oftentimes, individuals with anxiety disorders also suffer from depression or vice versa.

Depression and anxiety disorders appear frequently in adolescents. According to the National Institute of Mental Health, at least 12.5 percent of adolescents aged 12 to 17 had at least one major depressive episode in 2015.

“Teens are not always as aware as adults of what clinical depression or anxiety problems are and can be less likely to realize they have a problem that can be helped with counseling, or medication if it is more severe,” said Dr. David Smith, a psychiatrist who specializes in psychiatric medication and has a private practice in Palo Alto.

Approximately one in 12 people in the U.S. have a substance use disorder, more commonly known as addiction. According to Dr. Anna Lembke, a psychiatrist at Stanford who treats patients with substance use disorders, about 60 percent of people with addiction also have a co-occurring mental health condition, such as depression and anxiety.

“When people are under the influence [of addictive substances], they are less inhibited. If somebody is depressed and has suicidal thoughts, when they become intoxicated, they may be more likely to implement some actions around those thoughts.”

Studies have shown that most suicide attempts occur when people are intoxicated or under the influence of a mood-altering drug, but researchers are unsure why this occurs.

Additionally, when depressed people are also intoxicated, they become even more depressed and suicidal. Often people have no recollection of feeling suicidal when they were under the influence.

A Dive Into the Brain

The causes of mental illnesses are currently an area of active research. However, scientists know what areas of the brain are involved in some of these conditions.

Research has shown that multiple areas of the brain may be involved in depression, including the frontal lobe.

“Based on functional imaging studies, there are some areas of hyperactivity in the frontal lobe, meaning that there is less electrical signaling and blood profusion in those areas when people are depressed,” Lembke said.

“The essential biological cause of depression and anxiety is stress and its negative impact on the health of the neurons responsible for emotion regulation. Why and how these neurons get stressed varies a lot from person to person.”

Although there is a high inherited risk of acquiring depression, scientists are unsure of these genetic factors. Depression can also be caused by external factors and stressors, such as disappointment and trauma.

“There are likely hundreds of genes that each confer small vulnerabilities or resistance to stress-induced depression,” said Smith.

Additionally, the reward pathway, a part of the brain involved in pleasure and enjoyment, plays a large role in addiction. Oftentimes, the reward pathway does not function properly in depression, causing patients to be unaffected by enjoyable activities.

“[Addictive substances] activate the reward system, so people who use them feel temporarily good,” Smith said. “The brain responds to this by deregulating its activity in the reward center, which makes people feel down and low when the drug wears off and likely to crave using the drug again.”

Over time, the body adapts to having the substance in the body, which it then relies on to release dopamine.

“[People who frequently take addictive substances] also get tolerant to the effect, so they get less and less desired effect from the drug, and just more withdrawal and negative symptoms over time,” Smith said.

Tolerance is dangerous as it upsets the balance of the reward system. Users with high tolerance to a certain drug will crave more of the substance in order normalize the balance. The unbalanced reward system has a negative effect on the affected user, causing them to feel down more often.

Treatments for depression and anxiety can range from home remedies, such as increasing exercise, meditation and encouraging good sleep habits, to talk therapies that improve patients’ psychological coping mechanisms.

“The theme of just about all treatments for depression and anxiety is to help repair the stress-related injury to the neurons in the brain,” Smith said.

According to Lembke, the discovery of antidepressants and their effect on depression in the brain was an unexpected finding.

“Serendipitously, it was discovered that medication intended for another purpose actually seemed to elevate patients’ moods, and that led to this idea that those medications could be used to treat depression,” Lembke said.

Withdrawal from some addictive drugs, such as cannabis, nicotine, opioids and heroin can be painful but are usually not life-threatening. However, it can be deadly to individuals withdrawing from alcohol, especially for those who drink heavily.

“In some instances, people need to be hospitalized for [alcohol withdrawal effects] and medically monitored and treated,” Lembke said.

Both psychotherapy and antidepressant medications often result in multiple changes in a person’s brain chemistry when they can effectively treat depression.

“When we give patients antidepressant medication, oftentimes those areas of the [frontal lobe] light up, but they also light up if people engage in psychotherapy,” Lembke said.