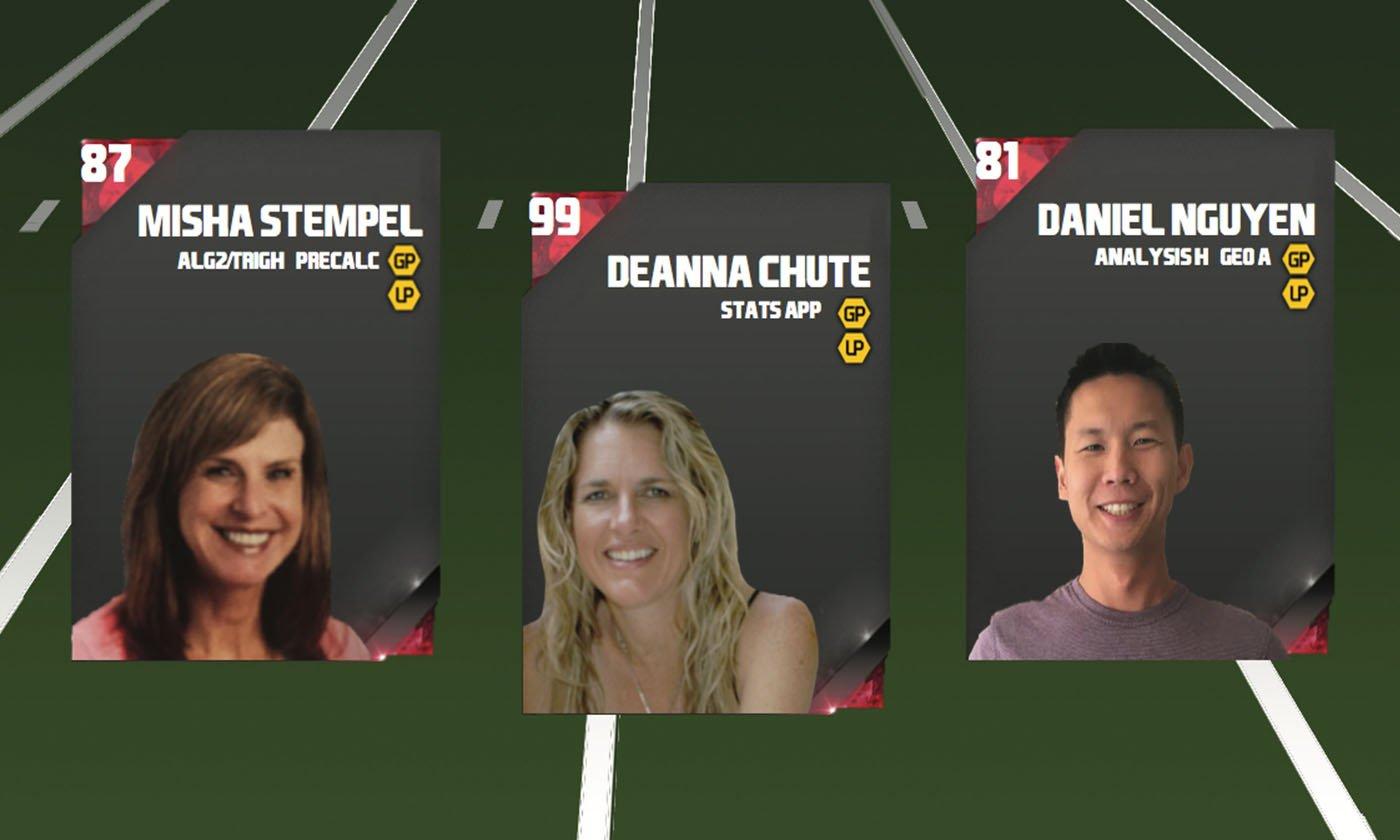 Raj Lele
Sports
September 27, 2017
Every year, the fantasy football virus infects America. The end of summer is filled with league drafting and every member of the league eagerly waiting for football season to start so he or she can claim his or her title as the premier fantasy owner among his or her peers.

Fantasy football, where participants act as managers and assemble teams composed of the National Football League’s (NFL) best players, seems to bring out the competitive edge in many players, including some in Paly’s academic departments, where teachers compete against one another.

The math department initiated its own league in 2014 with a group of ten math teachers, and has now grown to 12 teachers in both the math and science departments.

Analysis H and AP Statistics teacher Cynthia Chen said that at the beginning, the league was low-stakes and fairly small.

“I think a couple of teachers got together and said, ‘Hey, let’s do fantasy football,’” Chen said. “[It was started] just for fun; there was no money involved — just bragging rights. Now, we have a trophy. Ms. [Deanna] Chute has her name on it because she won last year.”

The teachers in this league kick off their fantasy football season with a gathering at math department head Arne Lim’s house to draft teams.

“Mr. Lim will host a dinner,” said Alg2/TrigH and Precalc teacher Misha Stempel. “We all sit there with our computers, sheets and all. I think that’s really fun.”

While there are teachers like Chen who are fantasy football amateurs, there are plenty of teachers who have experience playing in other leagues or have prior knowledge of the game.

“Some teachers in this league know football very well, and they know all about the different players and take into account injuries and whatnot, so they’re very much in the know,” Chen said. “Some teachers, like myself, don’t know that much.”

As a result, the teachers with less experience with the game seek advice from others.

“Last year when I did the draft, I was the 11th pick, so I didn’t have that many choices — I didn’t have that great of a draft last year,” Chen said. “I didn’t know what I was doing, so I was just texting my brother-in-law for advice.”

However, after a year of playing fantasy football, Chen said she has sharpened her skills. In fact, Yahoo! Sports gave her an A- for her draft selections this year, which included receiving powerhouses Antonio Brown of the Steelers and New England’s Rob Gronkowski.

“This year, I actually went to a website and looked at the ranking of the football players based off of position,” Chen said. “I happened to read an article in The New York Times about fantasy football drafting, and they listed the website I ultimately went to. I had the second overall pick, so I was able to select better players. My first pick this year was Antonio Brown. It’s promising because I’ve started off with two wins and zero losses, although I’ll probably lose this week.”

Teachers like Stempel have already established systems to draft players, which she said have yielded some success.

“I have a whole system,” Stempel said “It’s not by a certain player per se. I do some research and figure out who the top fantasy picks are overall, and I have an order of position that I want to pick in. I have to kind of wait and see where I am in the rotation and see what position I want to do and who is left.”

During the season, Analysis H and Geo A teacher Daniel Nguyen said he goes to great lengths to pick the most promising team, meticulously analyzing even the weather to see if he should retract a player from the lineup.

“At times, I might see that a player has a higher projected points value, but if I see the weather is bad, I might take them out of the lineup,” Nguyen said. “If I see ‘sunny’ or ‘snow,’ that is a good indication for me to maybe change the lineup.”

During the process, both Stempel and Chen said they prioritize the strength of their team over whether or not their team has players from their alma mater.

According to Stempel, she always prioritizes the well-being of her team while drafting, even if it means not drafting players on her beloved San Francisco 49ers.

One of the biggest takeaways of this experience for the teachers in the league is how the league has changed the dynamic within the departments. Since science teachers are now involved in the league, there is more interdepartmental interaction, according to Chen and Nguyen.

Nguyen agreed and said the winning department will often good-naturedly taunt the other after a victory.

“If our math teachers beat their science teachers in a given week, we have to remind them of that,” Nguyen said.

Friendly jeers also come at the expense of individuals. With last year’s champion Chute engrossed in the game, league participants put a lot of effort when they face off against her, according to Stempel and Nguyen. Last week, Stempel beat Chute and said she has been basking in the glory in the days following the upset.

Despite Stempel’s jealousy of Chute’s success, Nguyen said he focuses more on defeating whoever is on the top.

“My biggest rival is whoever is at the top of the standings,” Nguyen said. “You obviously don’t want them to be there. It’s mostly like whoever you’re up against.”

“Mr. Rowe, who was here the last few years — even though he’s at Carlmont High School now — participates with us,” Stempel said.