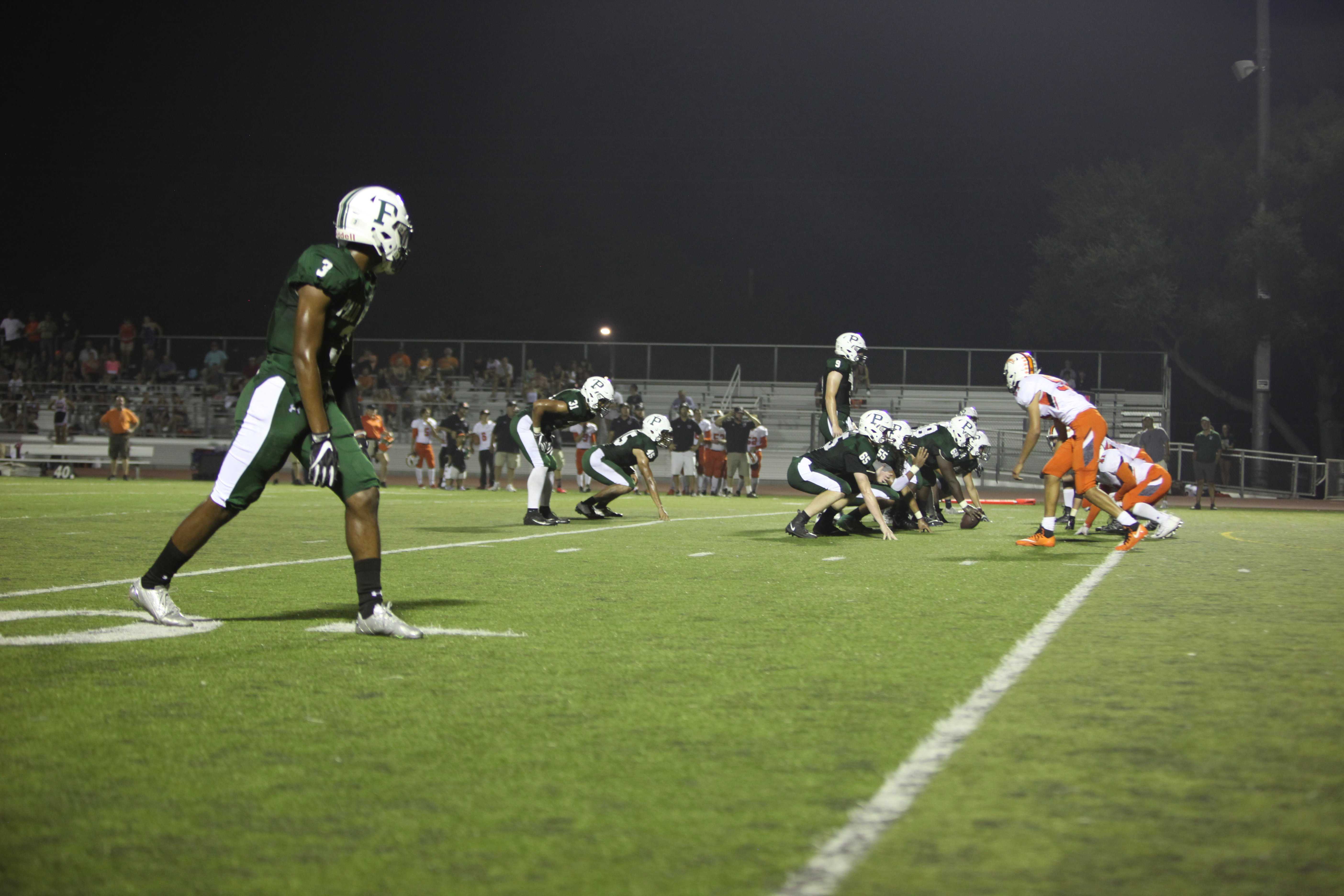 Football rebounds with victory at Homestead

Despite a rough start, the football team remains determined to turn the season around, according to senior captain Cullen Tellez.

Though the games ended in defeat, the team has experienced some high moments, according to Tellez. Some highlights from the game against Aragon included sophomore Jamir Sheppard’s two touchdown catches and junior Wes Walter’s two-point conversion.

Despite their struggles, the team has yet to face its toughest competitors. “We’re happy that the preseason is over now, and we’re going into league,” Tellez said. “We’re definitely going to face bigger opponents.”

However, the challenges they face in the road ahead don’t seem to frighten the team. The team remains hopeful they will be able to pick themselves up and ultimately show how powerful they are, according to Tellez.

“[The games have] been rough, but we’re building off of it and learning from it and trying to get better”

The team plans to push through and continue working hard, according to junior middle linebacker Seattle Hmelar.

“We’re going to take it one game at a time,” Hmelar said. “Forget about the past, we’ll keep moving.”

Ultimately, Tellez said, the team is driven by the desire to prove themselves. The school’s low expectations for the football season has provided a motivation for the team.

“All we can do is keep grinding, keep our energy up, and motivate ourselves to keep going,” Tellez said. “We want to prove everyone wrong.”

The team’s persistent spirit paid off on Sept. 22, when they pulled off their first win in their game against Homestead, with an end score of 28-14.

The win leaves them undefeated in league play, which is a trend they hope to continue for the entirety of the season.

Junior varsity has had a strong season thus far, with four wins and one loss overall, and one win and zero losses in league play.