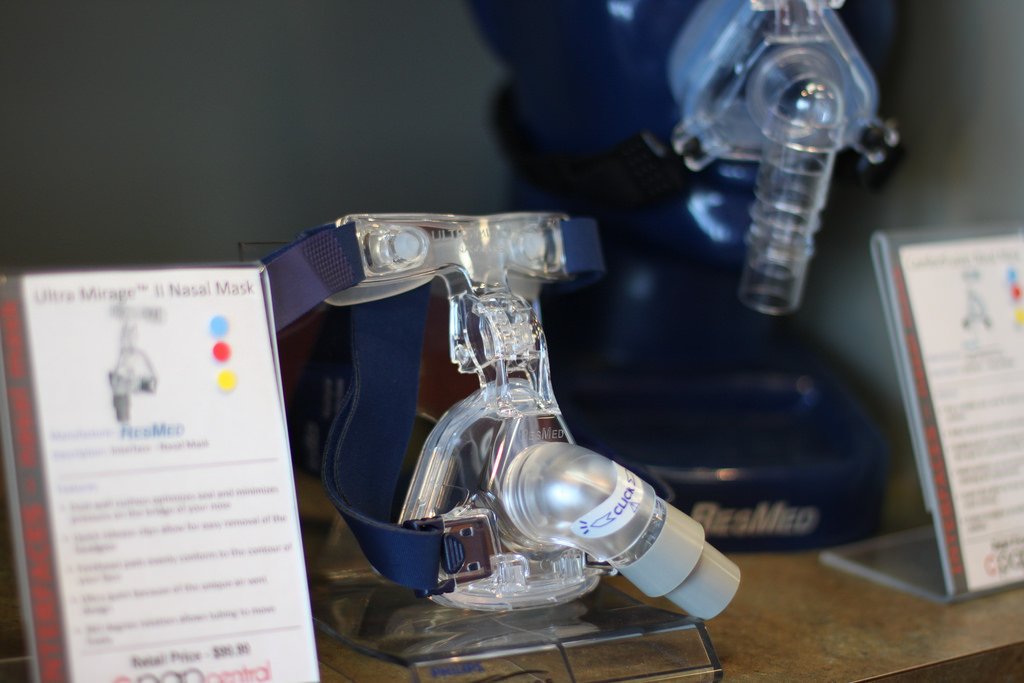 Throughout the night, a person snores loudly, frequently taking long pauses between their shallow breaths as they sleep. In the morning, they wake up with a throbbing headache and sore throat. Despite receiving a full nine hours of sleep, they still feel exhausted and are in an irritable mood for the rest of the day.

In 2006, Wilson Tsang, a math teacher at Juan Cabrillo Middle School in Santa Clara, Calif., exhibited similar symptoms and was diagnosed with obstructive sleep apnea (OSA), a sleep disorder in which a person’s breathing interrupts their sleep.

“I was researching on business opportunity of sleep medicine and as I was learning about sleep illnesses, OSA came up,” Tsang said. “As I was studying the disease, I realized I had some of the symptoms, like daytime sleepiness.”

Tsang’s doctor recommended that he undergo a polysomnogram, an overnight sleep study typically used to detect OSA and monitor patients’ brain waves, cardiac signals, breathing patterns and leg movements. Additionally, an oximeter, or an instrument that measures the proportion of oxygenated hemoglobin in the blood, determined his blood oxygen saturation level. Many sleep apnea patients have low blood oxygen saturation levels, as their unhealthy breathing patterns result in a lack of oxygen in their bodies.

“In my first sleep study, I had an apnea hypopnea index of 30, which means I stopped breathing 30 times in a minute. That is considered borderline severe OSA.”

Although OSA is the disorder most sleep clinics diagnose and treat, insomnia is the most common sleep disorder, affecting 30 percent of adults in the world, according to the American Academy of Sleep Medicine. There are two types of insomnia — transient and chronic.

“Transient insomnia is usually associated with a stressful or traumatic event and usually goes away as the stressor is resolved,” said Michael D. Schwartz, a research scientist at SRI’s Center for Neuroscience. “Chronic insomnia is a recurring difficulty initiating or maintaining sleep that persists for a month or more.”

Other major sleep disorders include restless leg syndrome, the uncontrollable urge to move the legs at night, and narcolepsy, which involves extreme daytime sleepiness, sleep paralysis and sudden losses of muscle control, or cataplexy.

Unhealthy sleep habits, psychiatric disorders, medical issues and physical disturbances can negatively impact sleep cycles, often resulting in these disorders. According to Schwartz, the typical sleeping brain undergoes a sleep cycle that repeats four to five times throughout the night.

Oftentimes, OSA patients are unable to experience REM sleep due to their obstructed airway, preventing them from entering a restful sleep state.

“To get a good night’s sleep you need all of these states in the correct order and ratios at the right time of day. The sleeping brain is in fact an incredibly active and complex place.”

People with OSA can be treated by wearing a continuous positive airway pressure (CPAP), a mask that blows air into their mouths and keeps their airway open after they fall asleep. Ever since his diagnosis, Tsang has slept with a CPAP. Besides wearing the mask every night, his daily life is not affected by OSA and he no longer exhibits daytime sleepiness.

“There has been clinical evidence that connects sleep apnea to other health problems, like cardiovascular diseases,” Tsang said. “I’m just glad I got diagnosed 10 years ago and the CPAP has been working well for me.”

Patients with sleep disorder symptoms often undergo sleep studies offered at research centers, such as Stanford Center for Sleep Sciences and Medicine and SRI International. Additionally, these centers conduct paid sleep studies, enabling students and adults to participate in a variety of sleep experiments, from neurodegenerative disease to aging.

For the past five summers, Paly senior Charlie Baldwin has participated in a paid sleep study at SRI International, a nonprofit research center headquartered in Menlo Park, Calif.

Baldwin was placed in the control group for a sleep study on substance abuse.

“I think the test is about the effects of drugs and alcohol, so they get a gauge from different types of people and how it affects their sleep over the years,” Baldwin said. “At [SRI], I usually take surveys and play memory games until bedtime, then they put electrodes on my head while I’m sleeping and take magnetic resonance imaging (MRI) scans.”

Paly seniors Amira Garewal and Chloe Hong have both participated in sleep studies at the Stanford Center for Sleep Sciences and Medicine.

Garewal acted as a control for a sleep study that researched the impact of bipolar disorder on sleep in youth.

“I participated in a Stanford sleep study last year, which involved logging my sleep daily and wearing a watch that measured physical movement over the course of a three-week period,” Garewal said. “Additionally, during two nights of sleep, electrodes were attached to different locations on my body to track the signals that occurred.”

In her sophomore year, Hong underwent a sleep study that tested whether flashing certain frequency wavelengths of light improved sleep.

“[The doctors] gave me a bracelet to wear that tracked my sleep patterns and installed the light in my room,” Hong said. “Also, I came in for weekly checks that asked about symptoms and sleep habits and talked through how to improve my sleep through changing habits.”

Although Hong did not receive the results of her study, she learned that an accumulation of sleep debt prevents the human brain from adjusting to sleep patterns.

“Sleeping in on the weekend can actually harm you,” Hong said. “It ruins your cycle because you’re not waking up at the same time each day. Shifting wake up times beyond one or two hours of another can cause you to be sleepy and tired throughout the day.”