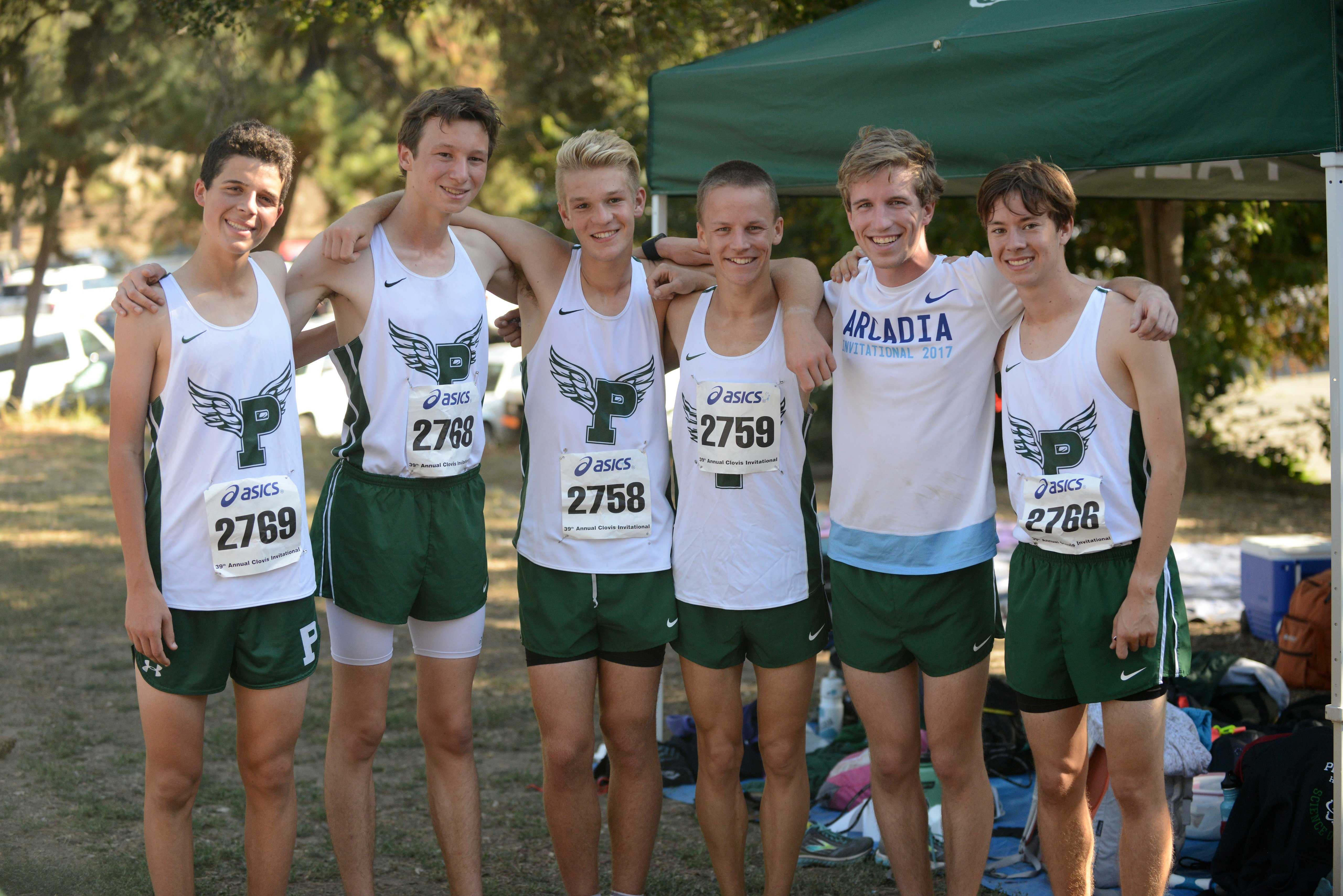 Running over hills and under the scorching sun, the boys and girls varsity cross country teams competed in the Clovis Invitational on Oct. 7, where a number of top teams from around California came to race.

The Clovis course will also be used for the State meet, meaning that if the Vikes qualify they will have a significant advantage.

“The Clovis meet gave us a taste of the competition this year across the state before regionals begin and [allowed us to] learn more about the course.”

The boys team clinched a spot in the championship division, finishing in 13th place out of the 25 teams.

The boys also broke the record for the fastest total team time in school history.

Junior Henry Saul finished in 14th place, clocking in at 15:24, followed by seniors Sam Craig and Reed Foster who finished with times of 15:41 and 15:59, respectively. Juniors Donald Taggart and John Tayeri followed with times of 16:29 and 17:09.

The team is now focused on the bigger stage, locking its eyes on the Central Coast Section (CCS) finals, where the top two Division I teams get to qualify for states.

“Our team goal still remains to make it to state, but that also includes being motivated for races and mentally prepared. We want to place well and keep the overall team strong before the last SCVAL meet.”

The girls team set a record for the school as well, placing fourth while participating in the Division II race. Sophomore Miranda Jimenez finished seventh in the 3.1 mile race, while senior Julia Doubson and freshman Gretchen Berndt finished at 19:33 and 20:22, respectively.

The girls hope to continue their impressive performances and make state competitions.

More recently, the cross country team headed to Salinas, Calif.  for the Monterey Bay Invitational. Both varsity and junior varsity (JV) competed in this invitational, and they performed very admirably  against teams from all over CCS.

The boys, without top runner Henry Saul, still managed to come in second place out of 32 teams.

Girls JV and frosh-soph teams both came in first place, destroying all competition with their depth.

SCVAL championships will be held on Oct. 31. Both teams are look to follow up their success by advancing to the CCS finals.