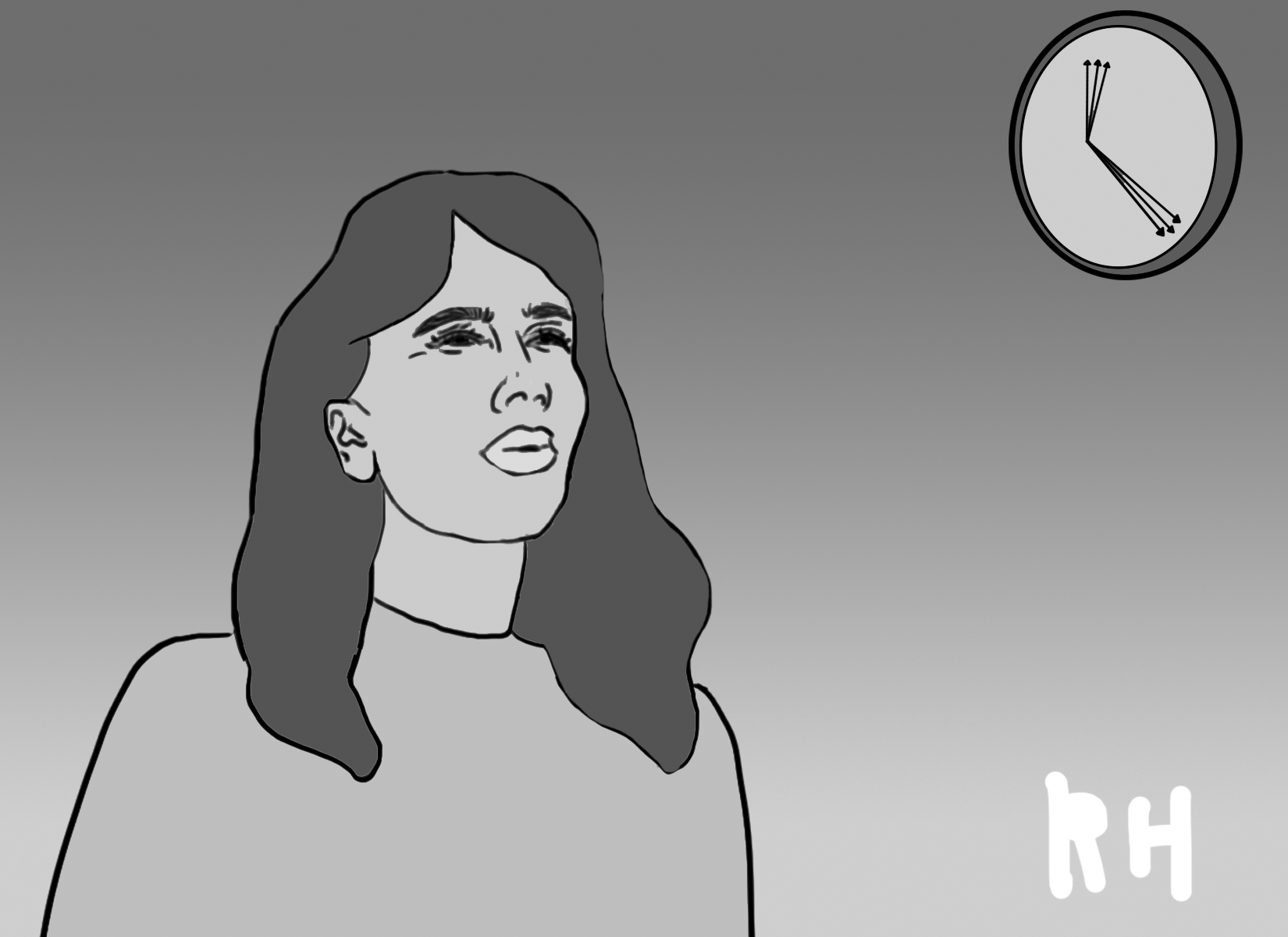 Digital clocks ought to replace analog ones throughout classrooms

Throughout the years, the use of technology at Paly has advanced dramatically. Chalkboards have changed into SMART boards, laptops and iPads have replaced giant binders and spiral notebooks are being traded in for Chromebooks.

But one aspect of Paly is still heavily outdated: its clocks. Paly administrators need to rethink their implementation of clocks by replacing analog clocks with digital ones and putting more clocks up outside of classrooms.

Analog clocks have been around since the 1500s and were first popularized by clockmaker Jacob Zech who lived in Prague, the capital of Czech Republic. Analog clocks were shaped in a circular fashion, which minimizes the energy used to tell the time. In the 1500s, it would have required a substantial amount of energy and a complex mechanism for analog clocks to have the same interface as digital ones.

But with the invention of electricity, the difference in the use of electrical energy between analog and digital clock has been reduced to an average of about two D-cell batteries every two years.

Additionally, although the cost of digital clocks might seem like an issue, both digital clocks and analog clocks installed at Paly cost $200 to $300, because the clocks need to be wirelessly synced together.

In modern times, the only real advantage analog clocks have over digital ones is their elegance. Yet, elegance should not matter in classes where knowing the time in a fast and accurate manner is extremely important.

“[The minute hand on analog clocks have] almost no difference between 53 and 54. Those last few minutes in class can really matter, and if the minute hand is barely moving, it is a pain in the butt.”

While a switch to digital clocks may be trivial in classes that do not require tests, it is essential to most math, science, social studies and music classes.

One of the worst feelings Paly students can experience during a test is not knowing the time. The mini panic attack students feel when it seems like five minutes are left on a test when in actuality 20 minutes remain can put their bodies in panic mode.

Because reading the time on an analog clock is more difficult, remembering when the test started can be much harder. As a more visual thinker, memorizing what a digital clock looked like before a test is much easier than thinking back to where the hands were pointing, because numbers are much easier to think back to when compared with the angle of an arrow.

“I definitely prefer digital clocks,” said freshman Christopher Chen. “The hands moving [on an analog clock] can be distracting.”

Having a clock that’s distracting and more difficult to look at not only takes extra time out of a test, but also makes students forget the problem on the test they were focusing on.

In classes where the teacher has the clock directly facing them, such as orchestra and band, the teacher will often count on an analog clock to know when to dismiss class.

“[Analog clocks] have frozen in class and teachers do not know what time it is, not always knowing the clock is frozen,” Itzkowitz said. “Teachers will sometimes let us out late because of it, planning the class based on the frozen clock, forcing us to stay in longer to finish the lesson.”

These freezes or lags in the analog clocks can be incredibly annoying.

“It’s kind of hard to tell when [analog clocks] are not working sometimes.”

On the other hand, it is easy to tell when a digital clock has stopped since the screen will just go blank.

As for a lag, digital clocks almost never miss the time and can even adjust to daylight savings time automatically depending on the model.

In the cases of lagging, digital clocks are easy to adjust and do not require a mechanic.

A common argument against digital clocks is that the bright light burns people’s eyes. However, companies such as Innovation Wireless provide clocks with a non-eye-straining liquid-crystal display (LCD) rather than the light-emitting diode (LED) display, which is much harder on the eyes.

These digital clocks are able to display exact seconds and the date, so teachers do not have to put it up on the board each day. Some models can even calculate temperature.

If the administration does not soon implement digital clocks at Paly, it will mostly likely lower test averages in the long run and lead to confusion among students and teachers in terms of time.