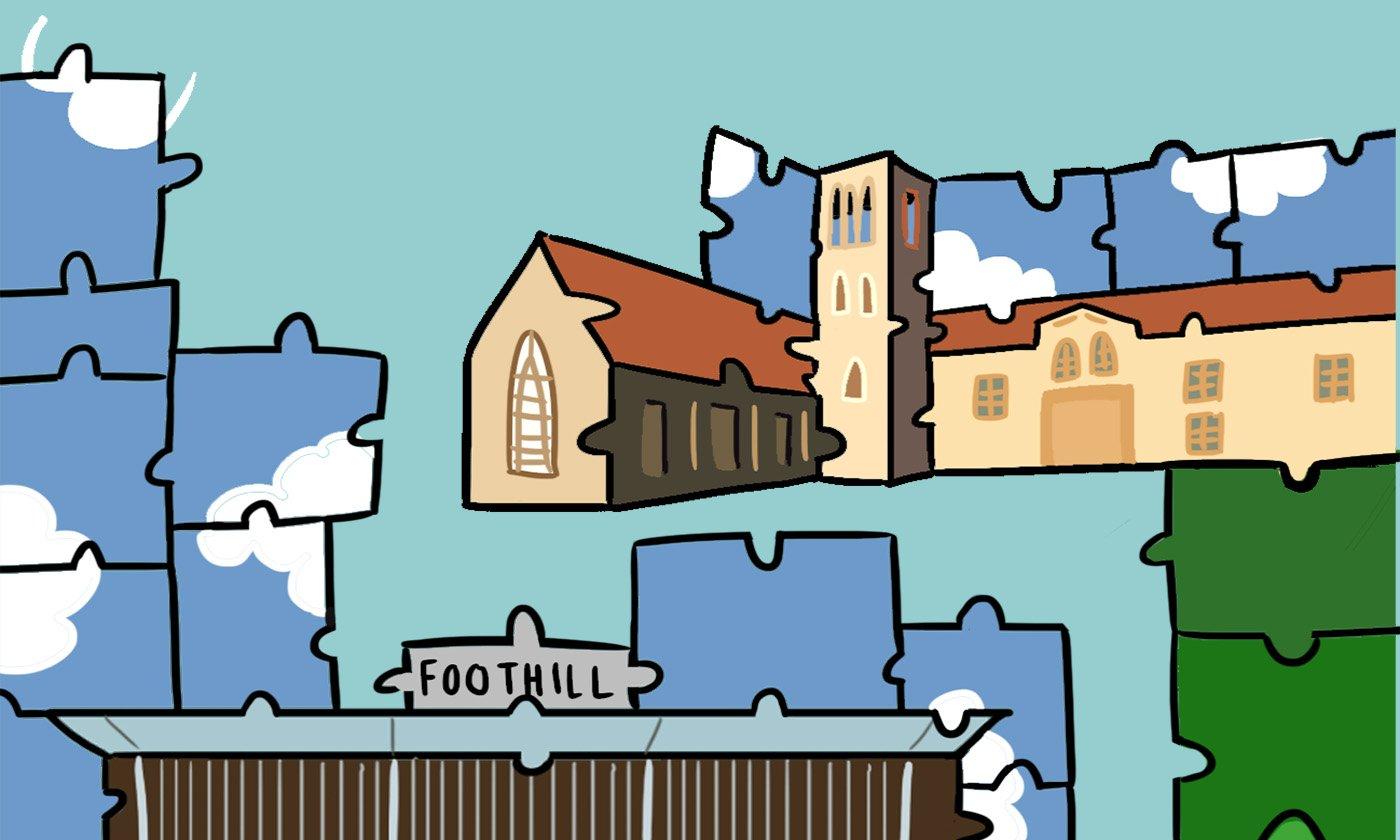 Imagine if your first class did not start till noon, you were truly passionate about the subjects you were learning and you got to pick your teacher. Well, at Foothill Middle College (FMC) these dreams are a reality.

For many students, Palo Alto High School is the right fit, offering great resources, a high quality of education and helpful teachers, but for others, it does not fit their ideal learning environment. For students that feel this way, FMC offers the solution.

“[The] most common reason for switching to Foothill Middle College is typically students who don’t necessarily fit in with the Paly culture,” said college advisor Sandra Cernobori. “They might be a bit more independent [or] they’re looking for a different experience.”

According to their website, FMC is a nontraditional high school program open to juniors and seniors in the Mountain View-Los Altos Union High School District and Palo Alto Unified School District. It targets bright students who may not be performing up to their full potential at their public high school, or whose high school environments are not conducive to their learning style.

“I chose to go to Foothill because Paly’s atmosphere was uninviting, the students were competitive and the focus of the classes was not to learn,” said junior Katarina Merk, who attended Paly during her freshman and sophomore years, but now attends FMC.

“Paly’s classes focused on memorization and grades and the environment created an unpleasant atmosphere.”

While Merk’s opinion is definitely a prevalent one, some disagree. Paly has already done a lot to curb stress and competitiveness, which many students appreciate.

“The classroom and social environment is superior in every aspect compared to other schools,” junior Nick Paddy said. “The people and the teachers are so amazing.”

One of the biggest differences at FMC is how the classes are structured. Students can take a mixture of high school and college classes and form a schedule that works for them. As appealing as this flexibility may seem, many students like Merk appreciate the genuine appreciation of education amongst the students the most.

“The classes are at a much higher pace; however, classes are less stressful and the work is more meaningful,” Merk said. “We are not there to get into college, we are there to learn. The majority of the students are interested in what they are doing and the professors are passionate about their subjects.”

FMC junior Anwesha Mukherji has noticed a similar trend. Personally, she loves the interactiveness of her classes.

“There is a lot of discussion about what we learn,” Mukherji said. “I haven’t had a conversation about grades or tests with anyone since school started. The only conversation I’ve had about school is about how much we love FMC and about the things we learned. Everyone is focused on actually learning something and doing what they love, not just on grades or what they can get out of this experience to put on their college resume.”

For both Merk and Mukherji, FMC has filled the void that Paly was unable to, providing them with an educational experience that betters suits them.

In addition to the individualized learning style, another factor could be the abundance of programs that FMC has to offer, while still allowing students to continue attending Paly events.

“We can still be a part of clubs in Paly, go to dances, and go to Paly graduation if we want,” Mukherji said. “However, FMC also hosts its own dances, has its own clubs and we have our own graduation ceremony, so it really depends on what the student wants to do.”

Individual choice seems to be at the heart of what FMC offers, and with more choices comes more responsibility. Therefore, the prospect of a transition is scary for many. While the transition depends on the individual, according to FMC junior Adam Pelavin, it ultimately went smoothly for him.

“[The transition] has been relatively easy. Everyone here is really nice and mature so making friends was not a problem.”

In contrast, Merk, who considered herself quite prepared for the transition, was overwhelmed by the sudden increase in responsibility. However, she believes making the switch was absolutely worth it because of how much she learned through it.

One thing that Merk, Mukherji and Pelavin agree on is the success of FMC. Pelavin adds that he would have done it earlier if he could.

For anyone who feels Paly is not the right match, Pelavin recommends making the jump.

“Don’t be scared to not like it,” Pelavin said. “Sometimes I felt scared because I didn’t want my other option to be bad and have nothing left. I would strongly recommend this program.”

“I would recommend this program but it definitely is not for everyone,” Merk said. “[That said,] if Paly [doesn’t feel right], I would strongly urge you to apply. It is a great alternative experience.”

For those interested, students can learn more about this path at an information session organized by Foothill.