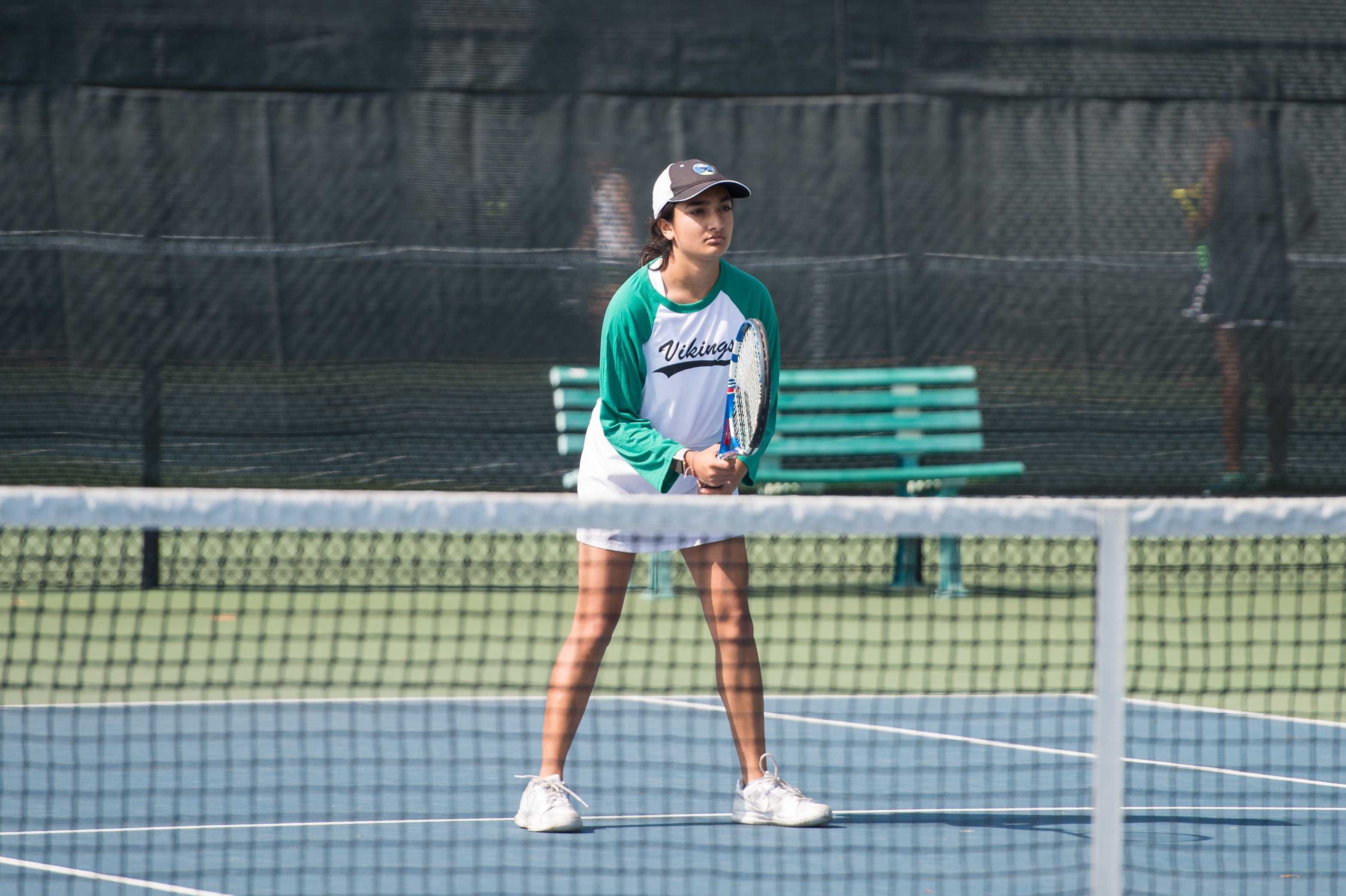 Girls tennis looks to end strong after a shaky season

Adversity, challenges and hard-fought battles have filled up the past few weeks for the girls tennis team.

The team has entered the latter portion of the season, starting to play every team in the league for the second time.

“Our coach has decided to have creative lineups. That means moving around our stronger players and stacking, which works to our advantage a lot of the time.”

Cockerell also said the new freshman members have played a large part in the team’s success.

“We definitely feel really lucky to have the freshmen that we have, because without them, we’d definitely be in a much worse place,” Cockerell said.

Senior varsity co-captain Mailinh Truong said she was impressed by the performance of the team in its 5-2 victory over Cupertino.

“I didn’t expect us to win that many matches [against Cupertino], which was surprising,” Truong said. “With the rest of the season it’s just trying to find the best fit for our players.”

The victories have also been met with some losses and some tough times for the girls.

However, Cockerell said the losses have done some helped, giving a sense of unity and community.

“We have grown closer as a team. There’s just the period of getting to know each other and practicing together and bonding over our losses. Whenever we do lose, we’re always really supportive of each other.”

This internal team support and dedication to grow closer together has given the team something to be proud of, according to Cockerell.

“We definitely came into it with realistic expectations,” Cockerell said. “We definitely knew that it was going to be a difficult season.”