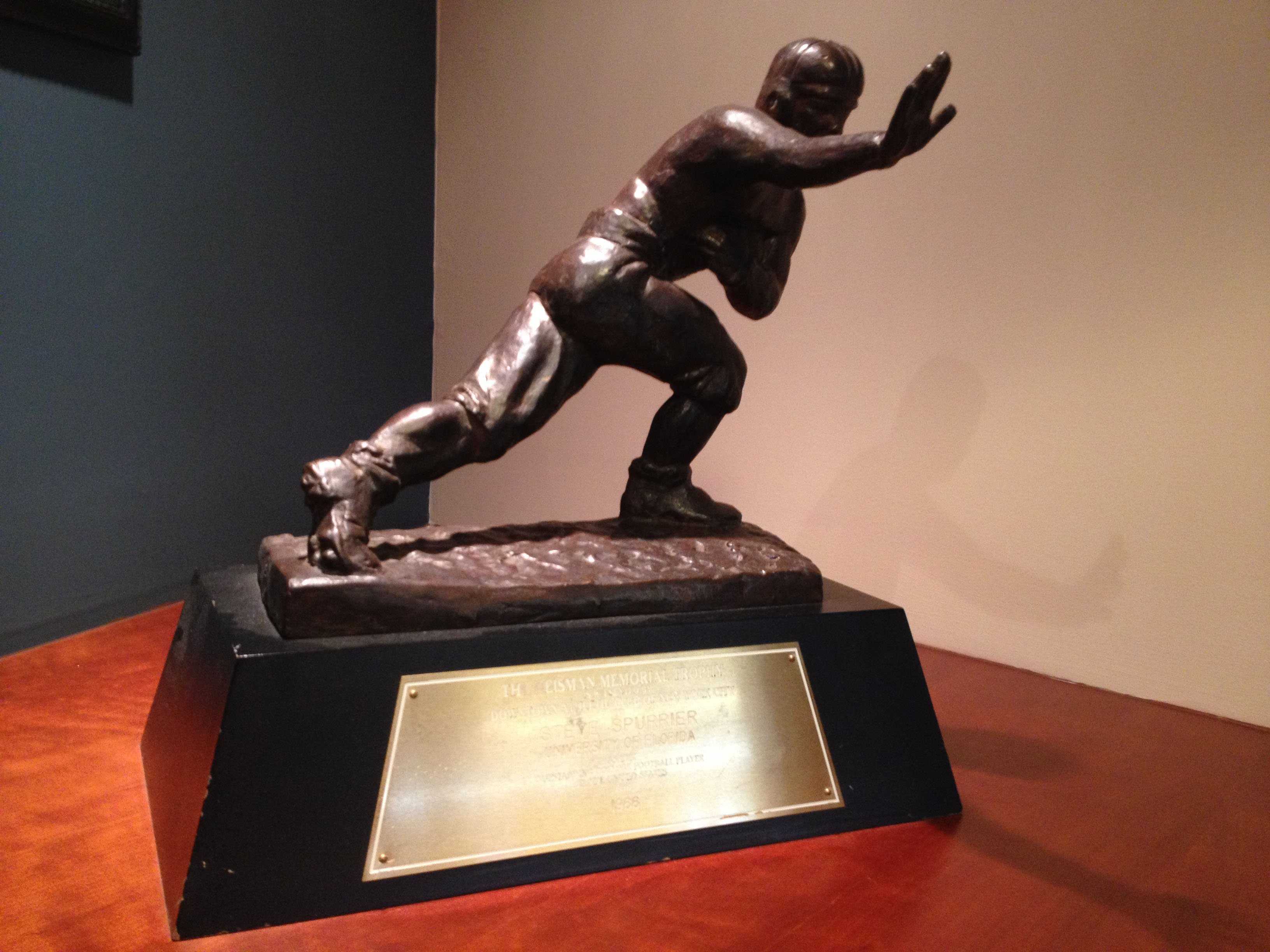 Who’s your daddy? Love is,” the announcer shouts in a nationally televised football game against University of California, Los Angeles (UCLA) as running back Bryce Love races for the end zone.

Wearing number 20 for the Stanford Cardinal football team, Bryce Love is a phenom. Leading the nation with 1,240 rushing yards, Love is quietly creeping into the conversation of Heisman Trophy favorites.

The Heisman Trophy is awarded annually to the best collegiate football player, as determined by a group of 870 media professionals from six regions of the country who cover college football on a weekly basis, 58 former Heisman Trophy winners and an additional fan vote, totalling 929 potential ballots.

While Love was not considered as a preseason favorite for the Heisman, his record-breaking games have caught the attention of the nation. Despite the odds stacked against him, Love is producing insane numbers, forcing analysts to acknowledge his candidacy.

In addition to averaging 10.5 rush yards per carry, Love is the fastest Stanford player to reach the 1,000 rushing yard mark. In fact, his rushing total through the first five games this season (1,088 yards), was the fourth greatest of all time in the history of National Collegiate Athletic Association (NCAA) Football.

Love’s game is built around his patience and ability to break away from defenders, leading to big plays. According to SBNation, Love has 59 runs of 20 or more yards, out of which 13 are for 50 or more yards. Moreover, Love leads the nation in forced missed tackles and is fourth in yards after contact.

However, despite his qualifications, there remains one big hurdle in Love’s path to the Heisman: his location.

During the past decade of college football, Stanford football players have been unable to crack the glass ceiling to win the Heisman trophy. This failure is epitomized by three straight second-place finishes in voting from 2009-11: Toby Gerhart (running back) in 2009, and Andrew Luck (quarterback) in 2010 and 2011. Furthermore, Christian McCaffrey (running back) was the runner-up in 2015, continuing a string of second-place finishes for Stanford. However, this trend goes all the way back to 1982, when Stanford quarterback John Elway finished second to Herschel Walker in the Heisman vote.

This year, the Heisman favorite for media outlets is Penn State running back Saquon Barkley. The star of the third-ranked and undefeated Penn State Nittany Lions, Barkley has electrified the nation with video game jukes, hurdles and jump cuts. He is heralded by Nation Football League (NFL) scouts, and is in line to be a top five pick in next year’s NFL draft.

Despite the success of his team and his obvious talent, Barkley has barely accumulated half of Love’s rushing yards, and is averaging 6.4 yards per carry, as opposed to Love’s 10.5 yards per carry. Sure, Barkley’s team is better, but the Heisman recognizes the best individual player in the nation, an honor that should belong to Bryce Love. He is carrying the Cardinal to victory week in and week out by wearing down defenses and racking up yards.

“Bryce Love should win the Heisman because he’s averaging over 200 rush yards per game, leading college football. He’s averaging over 10 yards per carry and he’s putting the whole Stanford football team on his back. Without him, Stanford would have lost many of the games they won.”

The numbers clearly support Love, and his surge in Heisman watch rankings reflects the growing appreciation the media has of his 2017-18 campaign. He is definitely well deserving of Heisman consideration, and the award should be his to lose during the second half of the season.

Bryce Love is the latest case study in West Coast Heisman bias. Will Love be the Stanford player of the 2000s that finally breaks into the elite ranks of Heisman winners, or will he fall short and prey to the West Coast bias?