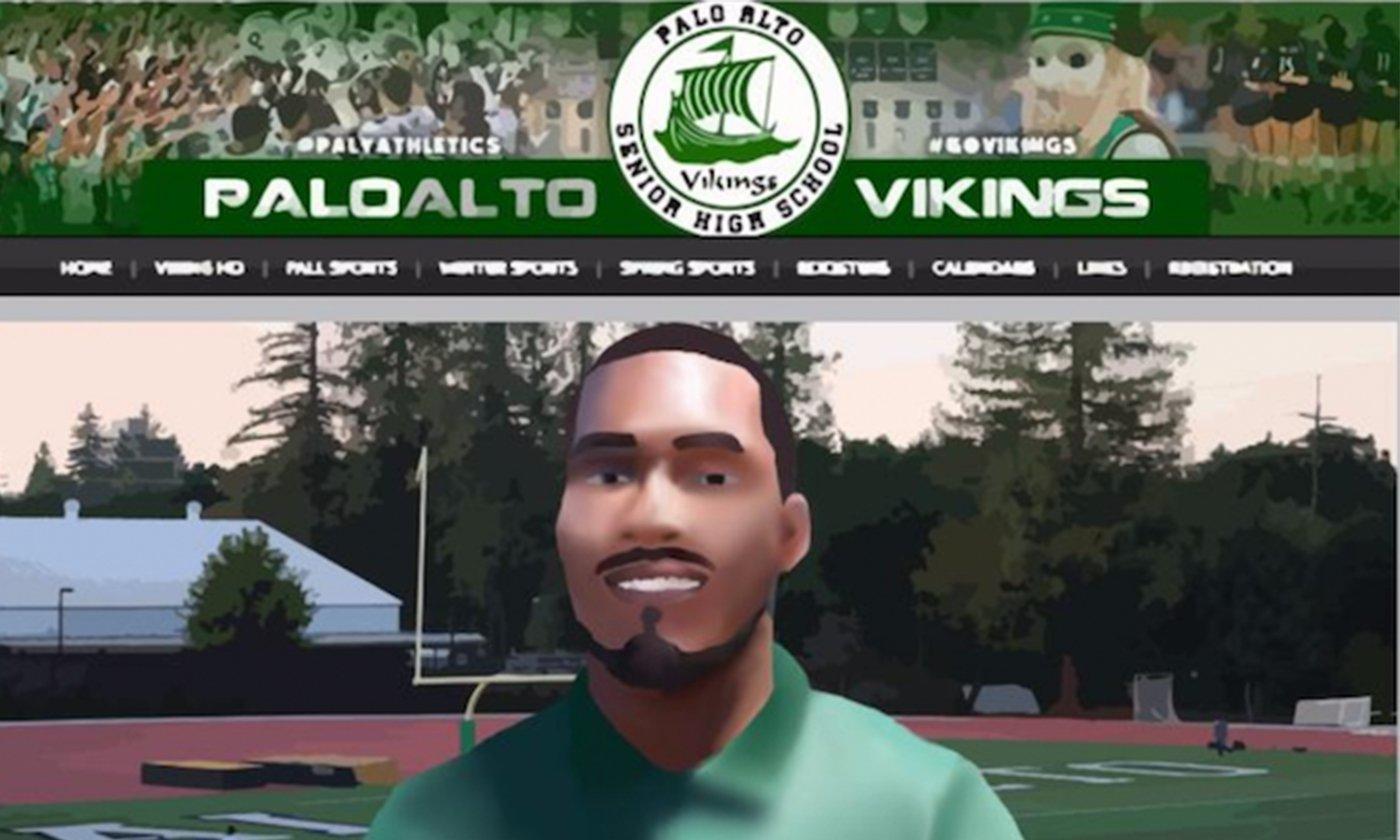 After school ends, seventh grade Therren Wilburn heads for the basketball courts, ready to assume his role of coordinator in the heated championship game of his after-school basketball league. After the game comes to an end, his teacher, Mr. West, praises him for his efforts in creating the games and tournaments that all of the students had the opportunity to participate in.

West surprises the team with a celebratory pizza party, which, at the time, felt like the equivalent of winning the Central Coast Sections (CCS) Championships. During this moment, Wilburn said he discovered what would eventually be a career based around in his interest in organizing athletic events.

“Looking [back] at [this moment], I’ve always been passionate about coordinating sports,” Wilburn said.

Wilburn grew up in Lemon Grove, Calif., where his passion for sports and directing sports evolved at an early age.

“My passion for sports started as early as [age] 5,” Wilburn said. “I competed in all kinds of sports growing up. My first sports memory that I can think of was watching the L.A. (Los Angeles) Raiders on Monday Night Football. When I look back at some things I’ve done, I’ve always found myself in coordinating sporting events. The first time I coordinated something in sports, I was in seventh grade, and I organized basketball teams to play before school and after school.”

Even as early as the seventh grade, Wilburn said he recognized a problem with the way basketball was previously organized, and decided to make a change in the way the kids played at his school.

“One hundred of us want to play basketball, but there’s only 10 people that can play at a time, so I was like, what’s a way where we can maybe get more people playing?” Wilburn said.

Wilburn said his passion for sports continued during high school, where he participated in three different sports: football, basketball and track and field. Growing up, he maintained the belief that sports would serve as a fun experience as well as an opportunity to develop essential life skills.

“Like many student-athletes, I had aspirations of competing at the highest level, but in high school, you begin to see how elite your peers are; therefore, I knew sports would just be a tool to develop interpersonal skills while making lasting memories,” Wilburn said.

Using the experiences from his high school sports career, Wilburn said he decided to obtain a sports management degree from San Jose State University, drawing skills from his previous experiences and childhood history with athletics.

After getting his master’s degree in sports management, Wilburn said he contacted 84 athletic directors from around California, seeking advice on continuing on the career path in the realm that he had pursued for the majority of his life. The opportunity presented itself when Paly began its search for a new Athletic Director.

“The position opened around January,” Wilburn said. “I was planning on applying, and right when it opened in January, I knew this would be a position I would definitely want.”

After obtaining his new position, he has maintained his views on the importance of sports in a student’s life and has enforced the healthy balance between athletics and academics at Paly.

“I believe sports plays a vital part in the development of teenagers,” Wilburn said. “I like to use the word education-based athletics, because athletics should be a place where students develop life-long skills and find out characteristics about themselves that they may not have in the traditional classroom setting. Specifically at Paly, we’d like our student-athletes to walk away with one positive character trait per season.”

Wilburn said he utilizes the system that he calls the “three, two, one approach” in order to enforce this mindset. His three goals in this approach are to “have all of our student-athletes above a 3.0 GPA, finish top two in Santa Clara Valley Athletic League (SCVAL) play and build one athletic community.”

For many students at Paly, Wilburn is more than just an Athletic Director; he is also someone many students go to for advice and guidance both in and out of the sports world.

“I’ve known him since he’s been here, so I feel comfortable talking to him about stuff outside of sports,” junior Walker Rosenthal said.

Wilburn has developed a highly-regarded reputation among the student body and is admired throughout the school, according to Assistant Athletic Director Sydney Davis.

I think he is a really great teacher. All the Paly students I have seen him interact with seem to really respect him a lot [and] respect his opinion on college or athletics or academics. There’s kind of a wide range of things that kids will come ask him or come and talk to him about.

“He played varsity sports, so he definitely knows what it’s like to be an athlete in high school, and he has good relationships with coaches,” Rosenthal said. “He’s pretty well-suited for the job.”

Junior Ellie Krugler has also had positive experiences working with Wilburn, as she is currently interning at the gym, along with junior Ellie Jeffries.

“He really tries to get a lot of opportunities with everybody,” Krugler said. “He’s definitely fun to be around because he’s really into the athletic department and getting kids interested in sports.”

Both Krugler and Jeffries believe that Wilburn is a  supportive mentor who makes the internship instructive yet enjoyable.

“When Ellie and I started working with Therren, he told us that he really wants us to make the job our own, so he does everything he can to make sure we’re bringing our own sense of independence to the job and finding things that we want to do and that we’re interested in,” Krugler said.

As Wilburn gains more experiences with students, he continues to learn about the enthusiasm behind the the sports community at Paly.

Wilburn said, “What I most enjoy is the enthusiasm that surrounds all of our sports; whether it’s the more popular sports like football and volleyball and tennis, everybody’s enthused and invested in being a Viking.”