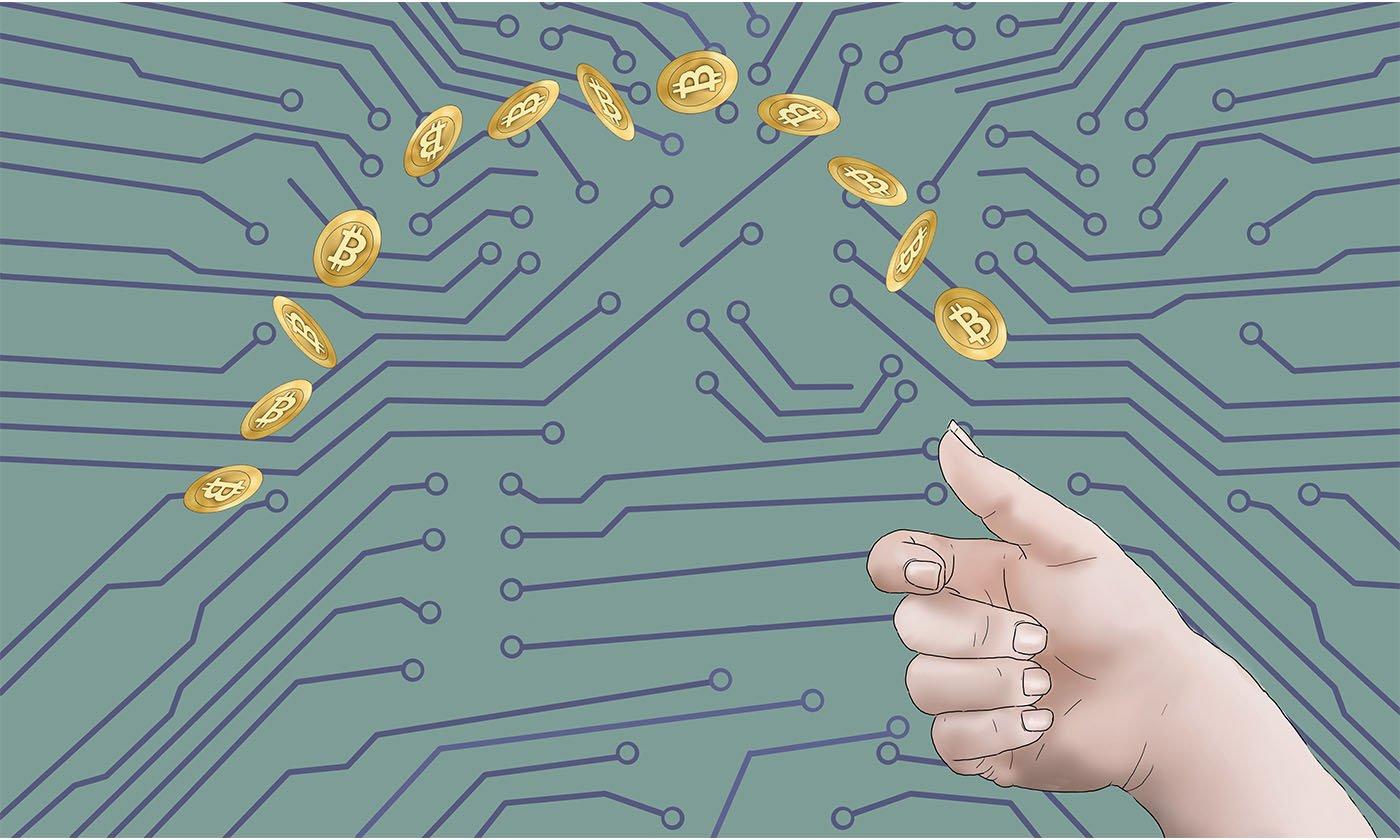 Cryptocurrency: The Currency of the Future

Renee Hoh
Science/Tech
October 23, 2017
In the modern age of technology, when car rides can be summoned with the tap of a phone, mail is considered archaic and checks are cashed with the press of a button, it’s no surprise that virtual and online currencies are becoming the latest craze amid Silicon Valley’s efforts to digitize all aspects of daily life. Cryptocurrency, coined the digitized currency of the 21st century, is all the buzz for Silicon Valley startups and Paly students alike. After all, it takes high risk for high reward.

“Silicon Valley is all about innovation and toppling big people. This same hacker ethos is very integral in the history of bitcoin.”

Following the rubble left behind by the financial crash of 2008, the bitcoin emerged, marking the first decentralized cryptocurrency. The anomaly from traditional fiat money, or physical cash, almost immediately sparked interest among online communities.

Forms of cryptocurrency alternative to bitcoin such as Ethereum and other altcoins soon followed, utilizing a similar decentralized structure and eliminating the need for central authority.

“Throughout history, when using a monetary transaction, there has always been a middleman,” Yeung said. “The middleman in these cases are banks and other financial instruments. Bitcoin essentially does away with the middleman.”

Instead, Bitcoin uses blockchain technology that offers a public ledger for tracking and auditing transactions, one that is available to any person connected through the server. In this system, transactions are validated with computing power contributed by miners, who are then rewarded with coins.

“It’s kind of like a Rubik’s Cube. There’s different ways of solving it. If you want to mine any cryptocurrency, you have to use computer processing power to solve the algorithm [and] get the coin.”

In order to regulate the price of a currency, its creators cap the number of coins available; an uncapped form of currency may result in unlimited and unhealthy amounts of money. The value of each respective coin is derived from how much the currency is demanded.

“Any time you invent a new currency, it’s only as strong as people’s faith in that currency,” said computer programming teacher Will Friebel.

Similar in volatility and risk, initial coin offerings (ICOs) can be paralleled to initial public offerings (IPOs). In ICOs, a coin can represent a share of a project, which is later translated into value or even voting power comparable to investors supplying companies with fiats.

The inherently risky nature of ICOs may deter potential investors. Not long ago, the Decentralized Autonomous Organization (DAO) Hack cost investors $50 million worth of cryptocurrency. Another hurdle for Ethereum came when an online hoax claimed that the creator had died, causing a crash in Ethereum’s value.

However, Cryptocurrency’s risk and volatility go far beyond the occasional hack or false post. Bitcoin’s hard fork, a change in the software that results in divergent coins, in October 2017 increases its value by over $800 in one day, and recently hit its all-time high at $5,714.

It’s evident that investors are willing to take the risk as more money has flowed through ICOs than earliest-stage venture capital in 2017.

“A lot of new companies might go this new ICO route, because simply put, IPOs are too heavily regulated,” Yeung said. “You can say regulations prevent rampant dishonesty, but it’s really hard to get money for your project [through IPOs]. The reason why ICOs have become so popular is because you can easily get money to start a project.”

Projects funded by ICOs are advertised through their respective white papers, an academic paper outlining the entire thesis of the project. Thereby, projects manifest in multitudes of industries including healthcare, finance and others.

For instance, NEO, China’s first public blockchain project allows for users to store physical assets onto the blockchain, according to its thesis. Others, such as Steem, reward people for posting valuable content on social media.

“They [Steem] have a social media app that basically every time your post gets an upvote, you get a Steem coin,” Yueng said. “The Steem coin is currently at one dollar [$1.01 to be exact]. So each time you get upvoted, you literally get a dollar.”

While altcoins appeared in droves after bitcoin’s inception to accommodate various industries, there was never a necessity for them until now, as the bitcoin cap draws nearer. It is predicted that in one year, bitcoins will be 80 percent mined.

Interest in cryptocurrency started as a niche craft for coders such as Yeung.

However, as with any enterprise that creates immense wealth in short amounts of time, cryptocurrency attracts crowds that are not necessarily skilled in their trade.

“Cryptocurrency is [gaining] more and more popularity. There are specified chips that can be bought that [are] made for mining. People might start buying miners for themselves even though they don’t know what it’s doing, but they just know that it’s making money.”

Widespread use of cryptocurrency is far off, even in a technology-driven setting such as Silicon Valley. However, the idea of digitized money is not as far-fetched. The adoption of Paypal, Venmo and Apple Pay as accepted forms of compensation may be the first step to normalizing decentralized cryptocurrency.

“If you paid someone in a euro and they accepted it, then that [transaction] would be fine,” Friebel said. “According to our current way that we do things, it’s not out of the normal to say here’s a different currency. If someone is willing to accept it, then they can.”

It’s not up to chance whether or not blockchain technology will be successful in the future, but many on Sandhill Road are hedging their bets on its profitability.

“With anytime you invent something new, there’s always going to be challenges to it,” Friebel said. “There’s no panacea that fixes everything, but I see Blockchain becoming a bigger technology, and specifically cryptocurrency.”