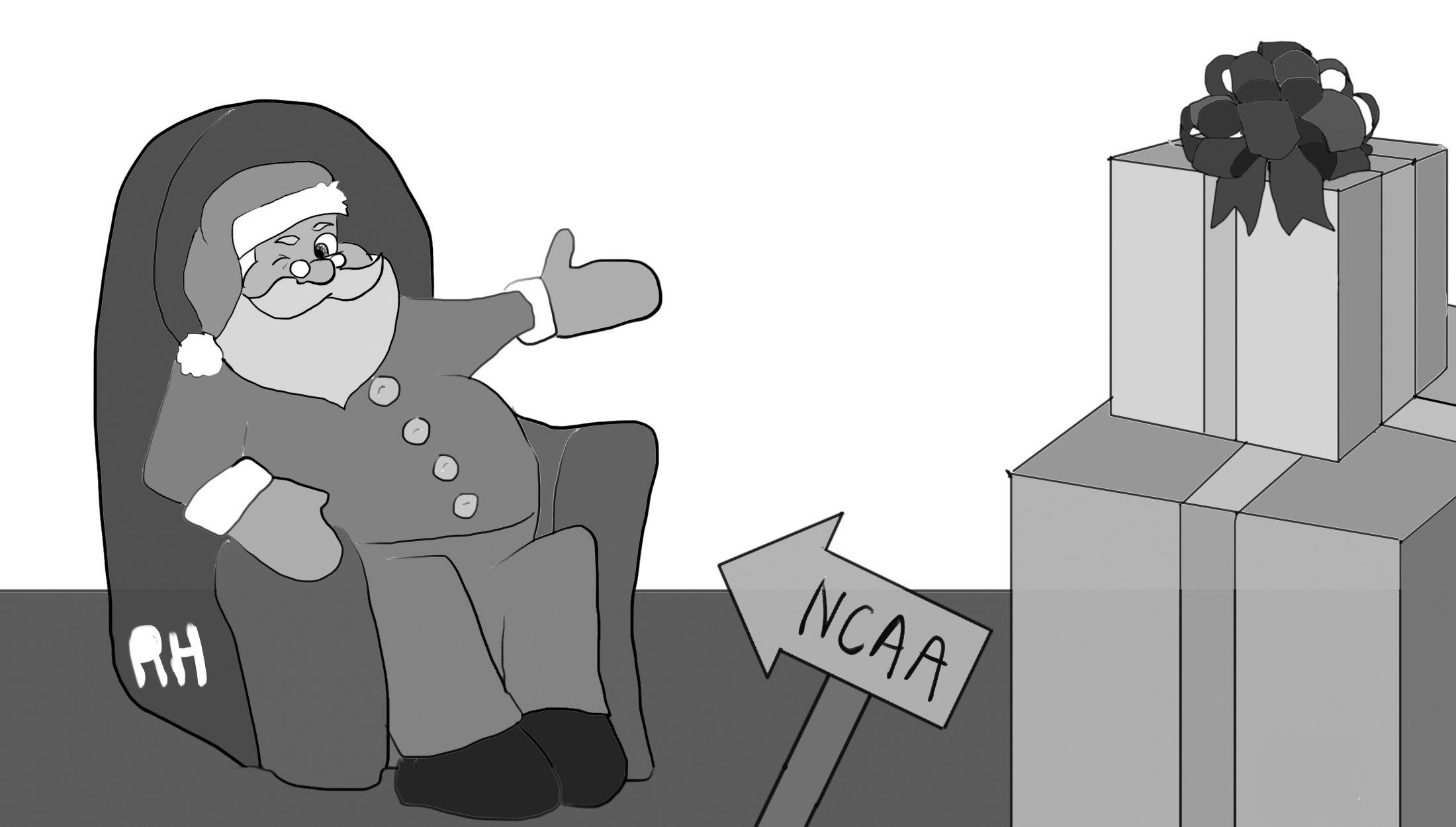 The National Collegiate Athletic Association (NCAA) is supposedly  a non-profit organization that runs college athletics, but what does it do, specifically? The organization says it has the best interests of student-athletes at heart, but most people are not aware of how corrupt it is.

Even though the NCAA is a non-profit organization, it still rakes in billions of dollars from media rights and television contracts. For example, it has a $10.8 billion, 14-year contract with CBS Sports and Turner Broadcasting for the rights to broadcast the Division I Men’s Basketball Championship. But where does all this money go? According to an email from March Madness spokeswoman Gail Dent, most of that money will be distributed to the schools.

The college sports industry brings in about $10 billion in annual revenue, according to the official website of the NCAA, primarily through football and men’s basketball. So it is not a surprise that most of this money is distributed to the highest revenue-earning schools coming from the Power Five conferences. The schools which are highest on this list include Texas A&M, Alabama, Texas and Ohio State all with a revenue of roughly $170 million per year.

Since colleges aren’t required to allocate money for specific purposes, a lot of it goes towards athletic facilities, equipment and staff. A prime example is Clemson University in South Carolina. The university spent $55 million on a new football practice facility featuring an Xbox, a Ping-pong table, arcade games and a bowling alley. This facility also houses a barber shop and a nap room, complete with Clemson bunk beds. And don’t forget the nine-hole mini-golf course. This provides colleges with the best facilities and helps them to bring in top recruits, which ultimately gives schools the best team.

Schools have to recruit the best players to keep winning and bringing in revenue from television deals, branding, ticket sales and donations. The Clemson facility benefits the football players at the university, but it also attracts the eyes of potential recruits. Economist Andy Schwarz has spent the last couple decades looking at how college sports operate.

“When a college scout is in the living room with a recruit, and they’re trying to sell them on School A versus School B, the normal way you would do it is, ‘We’re going to pay you more,’” Schwarz said.

These can include great coaches, great locker rooms and amazing facilities. Since the schools can’t deliver the money  to the talent, they give it to the coaches of the talent. Dabo Swinney, Clemson head football coach, makes more than $7 million a year.

The NCAA also creates unfair regulations to govern its athletes. One prohibits anyone from buying anything for a college athlete. During the 2015 NCAA tournament, University of Conneticut star Shabazz Napier complained “there are nights [during the tournament] that I go to bed starving.”

In other words, state governments, universities and donors can spend millions building extravagant facilities but can’t pay for a player’s food.

In addition, Michelle Cummings, a marketing manager at Stanford University, said an incident involving a football player shows how these types of rules often play out.

“There was a case at Stanford where a football player was living with a Palo Alto family,” Cummings said. “Then they bought him a bike for transportation to and from Stanford, and it turned out that was a gift, and it is against NCAA rules to give gifts to athletes.”

After the NCAA found out about this bike purchase, it held an investigation and fined Stanford. It also implemented a rule stating college students couldn’t live in the homes of local families.

These rules are so ridiculous that not long ago, offering a player a bagel with cream cheese violated NCAA regulations. Buried away in the NCAA’s myriad of rules was a stipulation that snacks could be provided to players, but meals could not. A bagel is a snack, but a bagel and cream cheese is a meal.

The NCAA’s strict rules and focus on making money are why they are ruining college sports.

Moran said, “The most important thing to the NCAA is their tax-free money.”