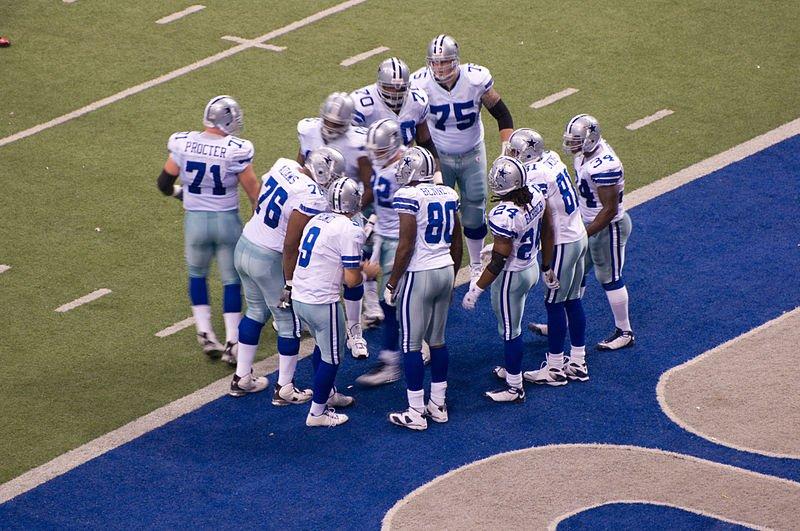 Overlooked and underrated teams worth rooting for

Are you tired of waiting the entire week for your favorite team to play, just to see them get mercilessly crushed when game time comes around? Or are you the opposite, bored of seeing your team win week in week out and want a team that will bring some excitement to each game, whether it’s a close matchup or a blowout? You need a new team to support but don’t know who. Don’t worry, The Campanile has you covered. Here are the best up-and-coming teams to support before all of your friends begin calling you a bandwagoner.

Coming back up to the Barclays English Premier League (EPL) from the English Football League Championship, not many pundits believed that Newcastle United would do well this season. They thought the team would lack energy on offense and their lack of experience playing in a  tough league with the top flight of English football would prove too tough for manager Rafa Benitez’s squad. However, the Magpies have become one of the most consistent sides in English football and have a future any true fan would want to advocate for.

Newcastle United’s potential is undeniable and limitless. While luck may have played a part in some of their matches this year, Newcastle has exceeded expectations, racking up 14 points in just 10 games, much of which can be attributed to young stars. For example, center back and captain Jamaal Lascelles has been pivotal to the play of the team this year, both commanding the back line as well as being a force to deal with on the offensive side of the pitch.

His last-minute victory against Swansea City A.F.C. (Swansea, Wales) shows just how special Lascelles is. Secondly, Newcastle United manager Rafa Benitez’s crown jewel signing, Mikel Merino from Borussia Dortmund, has controlled the midfield in every match he’s played by being disciplined in his defending and getting forward when necessary. The best part about Merinois he is only 21-years-old, meaning he’ll be in the Magpies lineup for years.

While it may be harder to find a group of Newcastle supporters in the Bay Area than it would be to find a group of Chelsea F.C fans, Newcastle’s worldwide fan base is revered by soccer clubs everywhere. Newcastle United’s fan base, the “Toon Army,” also known as “Geordies,” is one of the league’s best. At home games, St. James’ Park (their football stadium) is filled to the brim with almost 70,000 supporters.

On days where the team plays away, the allotted number of seats for away fans is consistently sold out. In fact, a survey conducted by Co-operative Financial Services in 2004 found the Geordies as the fan group with most distance traveled per away match. You might not be able to find the same number of fans here as you can in England, but Newcastle’s supporting clan will ensure you feel pride for the black-and white-kit.

With a youthful side and exuding confidence, there’s no better time to become a part of the Toon army.

For the past few years, it has seemed as if the 76ers have had a curse laid upon them. They weren’t winning. The man supposed to bring the Sixers back to greatness (Joel Embiid) only played 31 games in his first three season in the league and, to top all off, their fans weren’t showing up to games. This year, things are looking up, but with bumps in road, the 2017-18 campaign will be dramatic.

Trust the process. That’s been the motto of Sixers center and breakout star Joel Embiid since day one. Fans began to doubt him when he got injured early last season, but from what he’s shown, Embiid is the real deal. Not only do Sixers fans have Joel Embiid, but also Rookie of the Year candidate Ben Simmons, who will play key minutes on the court this year.

Fultz is a dynamic point guard who can both shoot the three ball as well as drive to the hoop effectively. On the other hand, Simmons is a dynamic player who can play any position on the court, from point guard to a stretch five who can shoot. Together, Philadelphia’s power trio is one that can excite and possibly surprise the NBA by making the playoffs in an unusually weak Eastern Conference.

Now’s the perfect time to become a Sixers fan: a group of potential superstars playing in a disoriented conference. The odds have never been better.

After a few down years where the Cowboys have either failed to make the playoffs or were knocked out early, “America’s Team” is back and ready to compete. One of the more polarizing teams in the NFL, they will face challenges this season but will ultimately prevail as a team that plays thrilling football, allowing fans to enjoy every minute.

Coming back with a mix of veterans and young studs, the Cowboys have both experience and pristine youth to help them win big time this year. Quarterback Dak Prescott has shown his ability to be both a pocket passer as well as a dual threat versatile quarterback through his play last year. In 2016, he made an average receiving core look like that of offensive superstars, throwing for 23 touchdowns and only registering four interceptions through the season.

Prescott showed his athletic ability with six rushing touchdowns and 282 rushing yards. The Cowboys’ biggest weapon, however, will be running back Ezekiel Elliott. Drafted by the Cowboys out of The Ohio State University, Elliott ran through NFL defenses like he did in college, taking the NFL by storm. Elliott ran for 1,631 yards, including 15 rushes that ended up in seven points. Assuming a healthy offensive line for this year, there should be no reason for Elliott to slow down.

As the Cowboys start to look up, they are the perfect football to jump on the bandwagon for.