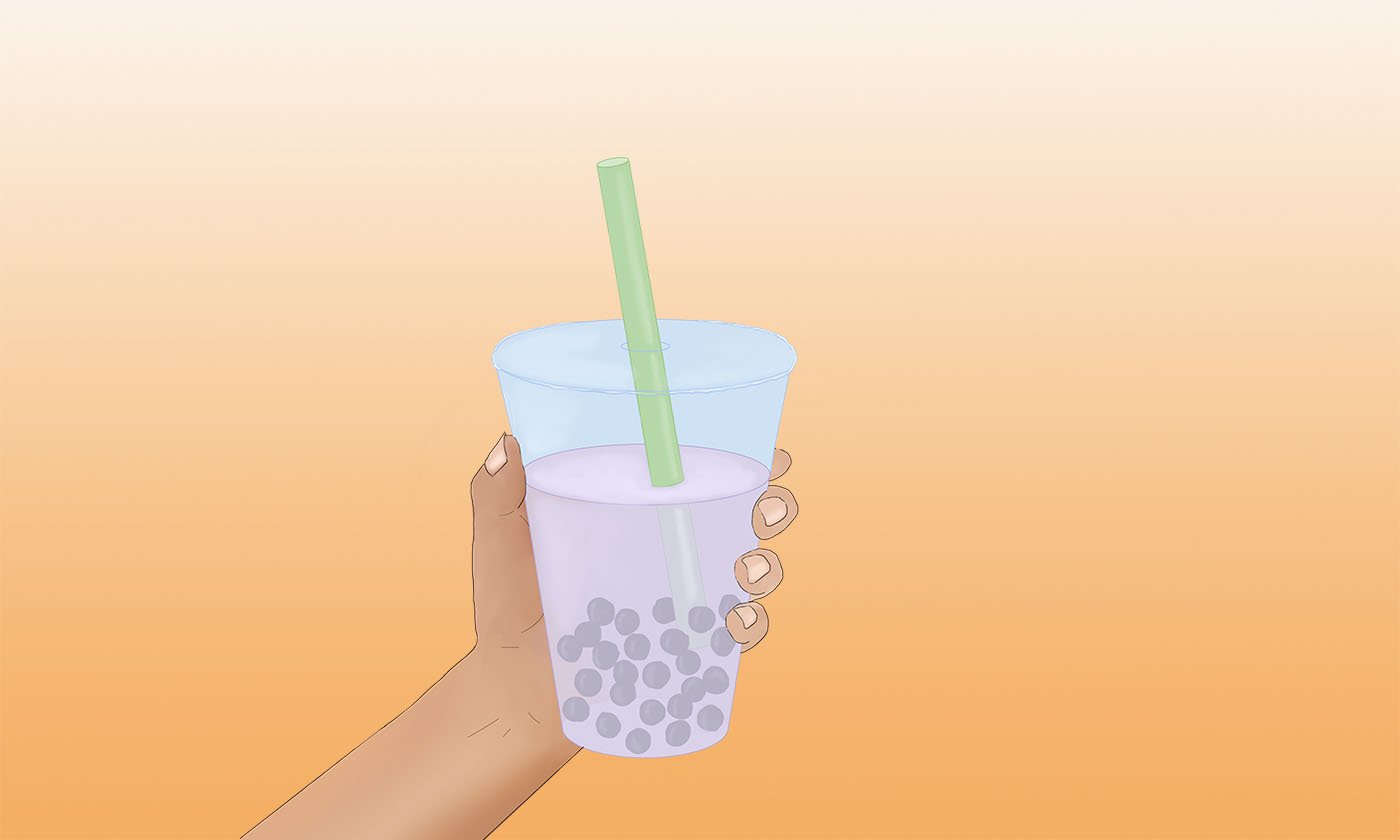 The Evolution of Pearl Tea

The sweet, tempting aroma of boiled tapioca and fruity flavors immediately allure one into a pearl tea store. Inside, they can observe a diverse range of people of varying ages and cultural backgrounds, all patiently waiting in line to order their drink, whether they are stopping by after a long day of work, treating their children to treats or just sitting with friends enjoying their colorful beverages. From orange Thai milk teas to honey peach smoothies, customers can customize their drinks by picking a tea from the vast menu and pairing it with the toppings of their choice, whether it is tapioca, lychee jelly, popping boba or taro, among others. After grabbing the signature fat plastic straw and heading out the door, they will come across another pearl milk tea store offering a similar selection just a few blocks further down University. However, the abundance of this drink was definitely not present four years ago, when Palo Alto did not offer a single pearl tea store in 2013, and students were forced to travel to further locations in search of pearl tea.

Pearl tea, also known as bubble tea or boba tea, originated in Taiwan during the 1980s. The drink consists of a tea base with fruit juice, milk or a combination of the two. It also contains black pearls of tapioca, which are characterized by their “QQ” texture. “QQ” is a common Taiwanese morpheme without a Chinese character that means chewy and soft.

“In Taiwanese culture, chewy foods like rice cakes and udon noodles are regarded as foods with a ‘QQ’ texture.”

Today, pearl tea stores can be found on nearly every street and corner in Taiwan, oftentimes under the same brand name and chain stores.

Senior Rachel Tang said this was the case when her mother asked her to buy pearl milk tea in Taiwan.

“When I visited Taiwan over the summer, my mom asked me to buy boba, and I went on my own,” Tang said. “There are lots of different boba shops everywhere, but my mom wanted me to buy boba at this specific chain store. When I left my grandma’s apartment building, I instinctively turned left and walked for two minutes until I reached the boba shop. Later, when I went with my cousins to buy boba, we turned right instead of left, and I realized that there was the exact same shop about 10 seconds away.”

Students used to have to drive to Asian malls in other cities, such as Milpitas and San Jose, to buy the drink, as there weren’t any pearl tea stores in Palo Alto.

“Ever since I was young, my mom would take me to Marina, a Chinese grocery store in Cupertino,” Shieh said. “Afterwards, we would get pearl milk tea at Tapioca Express, which is right next to the grocery store. Unfortunately, they didn’t have pearl milk tea stores in Palo Alto yet, so this was one of the closest places I could buy the drink.”

Before pearl tea stores began popping up in Palo Alto, Audrey Tsien, a junior at Gunn High School, assisted her father with making and selling pearl milk tea for students at her JLS Chinese school. Before moving to California, her father owned two shops in St. Louis.

“Depending on the weather, every Friday, I make pearl milk tea and sell it to the students at my Chinese school. We usually put all the boba in the Chinese school office and most people come during their break to buy it.”

According to Tsien, the most popular teas include black, green, oolong, Earl Grey and jasmine. Additionally, she said flavored pearl teas such as taro, red bean and mango are just as trendy.

On a daily basis, students around Paly’s campus can be seen holding plastic cups of pearl tea. During prep periods, many students take trips to pearl tea stores and place large pearl tea orders for their friends.

“It’s nice to see people from all cultures enjoying pearl milk tea with their friends,” said senior Tilak Misner. “Drinking pearl milk tea has also become a social activity, so that makes it even more fun to drink.”

Many students decided to gain work experience through making and serving pearl tea.

“I love boba, and I wanted to work somewhere where I would really enjoy what I would be doing,” said senior Tanli Su, who worked at T4 throughout last spring and summer. “Also, I already knew people who worked at boba places. They all told me that it was a fun job and only made them love boba more.”

Su said she enjoyed working at a pearl tea store because she had the opportunity to take orders from her friends and create her own specialty drinks through experimentation.

“I could pretty much have free boba,” Su said. “I would also see my friends very often because they would all come visit and get boba.”

The following summer, several Paly and Gunn students took advantage of the drink’s craze and decided to host their own lemonade and pearl milk tea stand.

“Pearl milk tea is a popular drink in the area, so we used that popularity for a good cause. Also everybody loves pearl milk tea, so it’s a great way to get people to come together.”

Over the past five years, they rallied to donate over $1,000  in proceeds for various causes, including those affected by Nepal’s 7.8 magnitude earthquake in 2015 and for Syrian refugees.

“It’s refreshing for customers to come across a stand that doesn’t only involve lemonade,” said senior Kendra Wu, a co-founder of the lemonade and pearl milk tea stand. “We’re sharing a part of our culture with our local community, contributing our small change in the world and highlighting how it makes us happy — that should be the main driving force behind anything.”