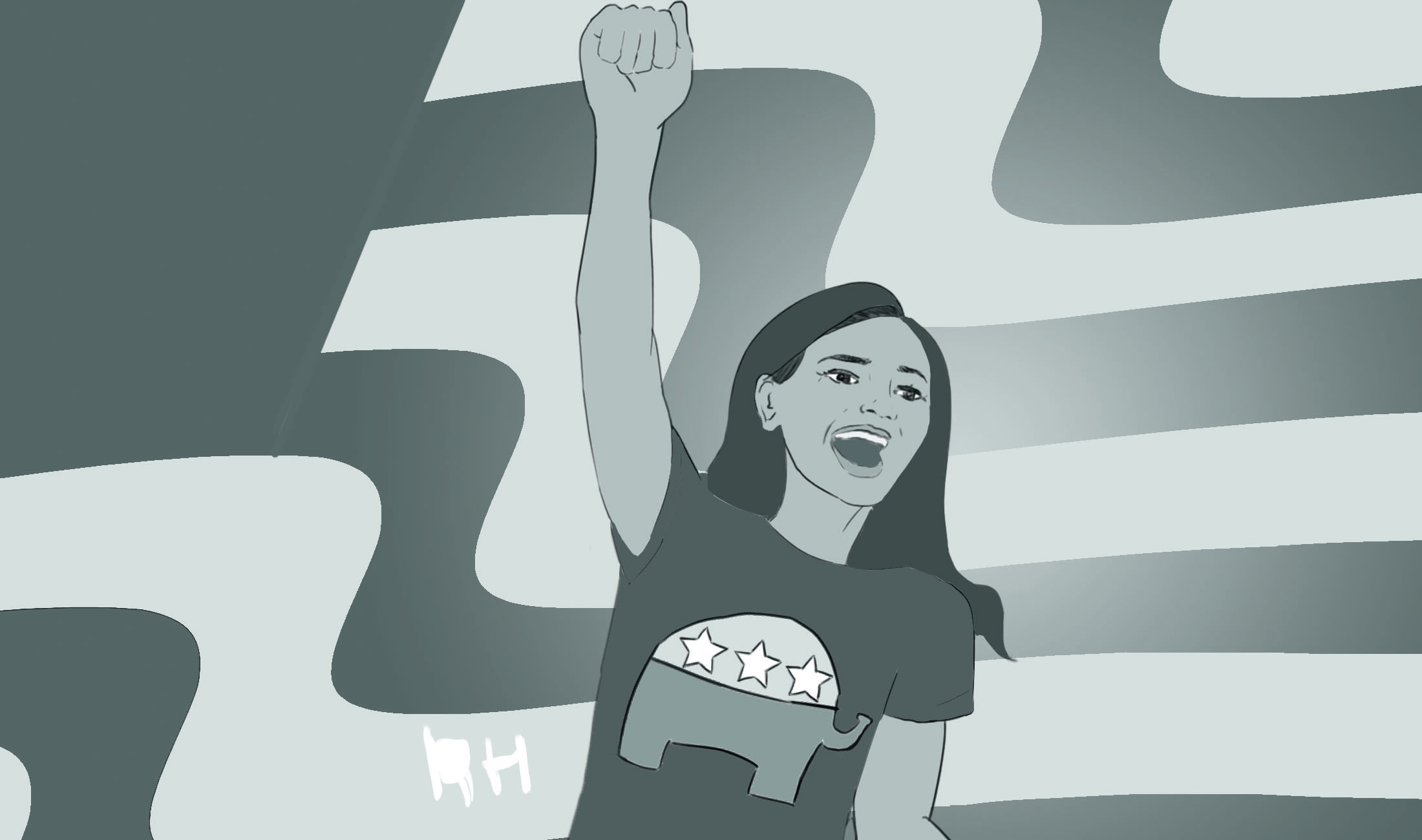 Anyone who’s lived in Palo Alto for even a short period of time has heard this phrase thrown around a few times: “Palo Alto is a liberal bubble.”  And there’s no denying the strong political inclinations of Paly students; for example,  just last year, after the presidential election, students organized a march downtown.

This political interest can also be found in Paly’s clubs, where groups of students have promised to address every topic, such as the Students for a Free Tibet Club and the Intersectional Feminism Club. There is also a Political Theory Club as well as a Democrats club. However, given the strong left-leaning sentiments of the community, the existence of Young Americans for Freedom, a club dedicated to raising awareness of conservative voices at Paly, may come as a bit of a shock to the rest of the Paly community.

Young Americans for Freedom is a local chapter of a nationwide organization dedicated to bringing conservative and libertarian students together.

“It’s a place for students to talk about conservatism and promote conservatism at Paly by educating students,” said club president and founder Yasmeen Gavande. “Obviously, Paly is a very liberal environment, from the teachers to the media that students are using and receiving.”

In an article published by Palo Alto Online about Young Americans for Freedom, several members of the club recounted experiencing hostility from other students over their conservative beliefs.

One sophomore, Jackson Druker, described being harassed for wearing a “Make America Great Again” hat to school. Despite this, Gavande said the reception to the club’s existence has been surprisingly positive.

“There’s been interesting reactions. Some students, I would even call them closeted conservatives, have been pleasantly surprised that there’s a club like this on campus. Some people think it’s really cool, even if they don’t agree with us.”

In other parts of the country, Young Americans for Freedom chapters have engaged in activities such as rolling a large “free speech ball,” a beach ball in which students are encouraged to write whatever they wanted with Sharpies, in order to promote conservative ideals. According to Gavande, Paly’s club is looking to raise awareness of the community’s conservative voices.

“We are going to try to have guest speakers, and we’re also going to have activism events,” Gavande said. “We were going to host debates, even though the Democrats and the Intersectional Feminists backed out.”

Other clubs are also planning events to raise awareness for their ideals.

“Our club is currently planning a donation drive, so we would rather have the debate once the drive is over and our schedules are clearer,” said Tamar Sarig, president of the Democrats Club in an email.

According to the New York Times in 2017, important conservative figures have long been shaped by their experiences as a minority among liberal colleagues. For example, Judge Neil Gorsuch, a justice on the Supreme Court, was a publication editor at Columbia University during his time as a student. He would frequently write op-ed pieces espousing conservative views, despite living and studying on a predominantly liberal campus.

William F. Buckley, Jr., founder of notable conservative news outlet The National Review, wrote “God and Man at Yale” in 1951, chronicling his experience as part of a conservative minority on campus. In it, he accused professors of shutting down free thought within their classrooms and destroying individualism. Such behavior, Buckley wrote, led to the destruction of the “marketplace of ideas.”

The “marketplace of ideas” originates from philosopher and political thinker John Stuart Mill’s 1859 essay, “On Liberty.” It asserts that only through intelligent and thorough discussion can good ideas and essential truths be discovered. For any society, Mill said, to discuss is to progress.

With the current political climate of the United States, where it is increasingly easy to lock oneself in an echo chamber and hear no voices but those that complement our own, discourse is more important than ever before.

To truly understand the United States and the incredibly diverse tapestry of people that make it up, no ideological stone can be left unturned.

Gavande said her club is a promising sign of the political discourse and diversity that so many claim the country needs. With such clubs, Paly students seeking a point of view that will challenge their beliefs or help them discover what those beliefs may feel right at home.