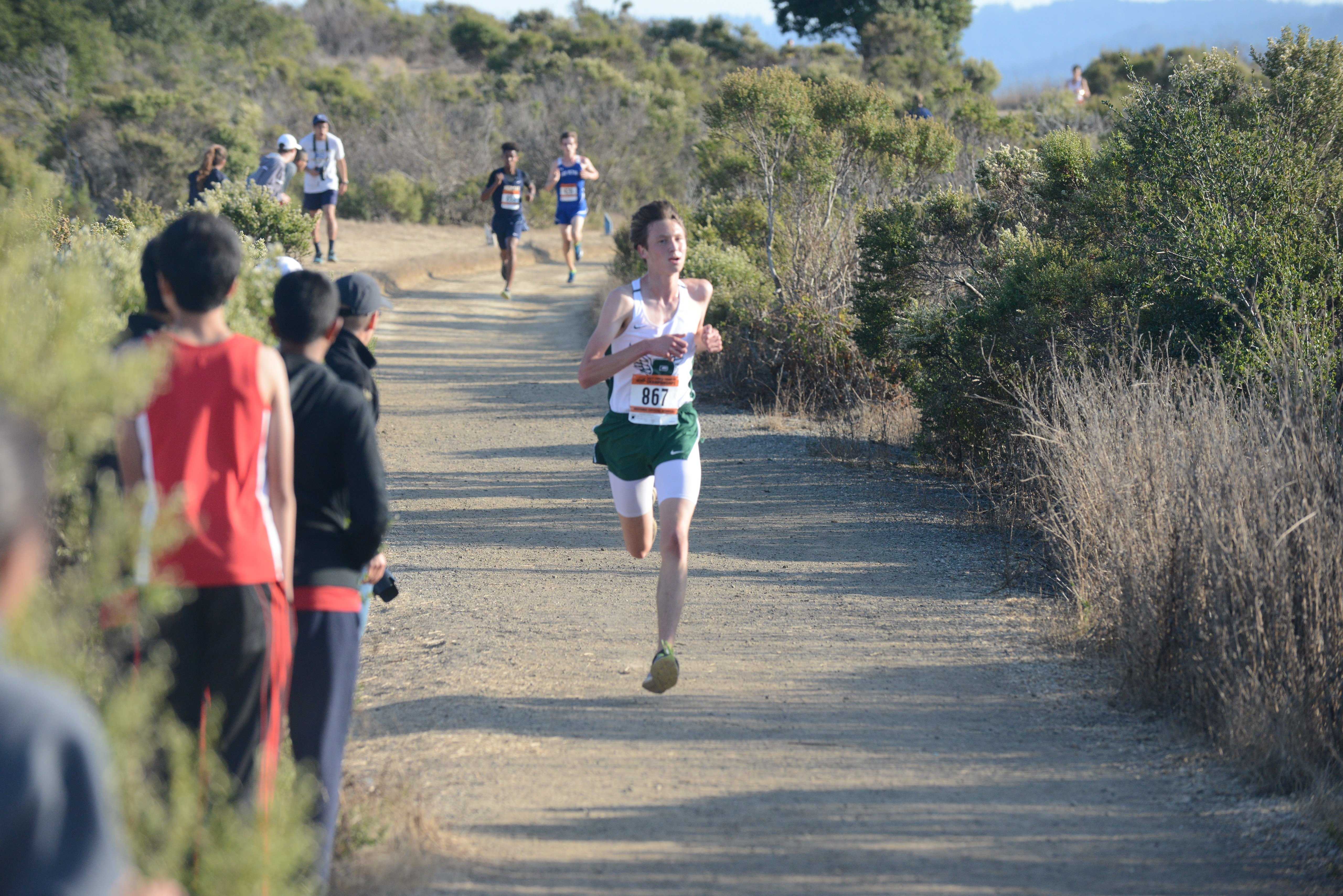 The varsity girls team secured a spot in Central Coast Section (CCS) after finishing in first place out of the seven teams who participated in the three mile race.

Junior Julie Meng was the top runner for the Vikings, finishing at 19:37, followed by sophomore Kai Douglas and freshman Gretchen Berndt, who finished with times of 19:45 and 19:58, respectively. Sophomore Miranda Jimenez also finished in seventh for the girls varsity race, clocking in at 20:04.

“Even though we were missing many runners, we were able to pull through and win SCVAL which was something we haven’t done in a very long time.”

Nonetheless, senior captain Sam Craig stepped up for the Vikings, finishing in first place with a time of 15:29 among 49 participants, surpassing Los Altos runner Owen Mackenzie by eight tenths of a second.

Senior Aashai Avadhani and junior John Tayeri both placed in the top 10, completing the race with times of 16:41 and 16:44 respectively.

“There were some very close races throughout the event and the people who raced really had to step up in order to fill in and performed outstandingly,” said junior Alex Evans. “Every single placing mattered to the team.”

The junior varsity boys and girls also impressed, as the boys finished second, while the girls claimed first place. Junior Sufi Kaur finished in first place for the girls race finishing at 20:58, followed by junior Maya Wilson, who held the sixth place spot at a time of 21:32.

The varsity team is keeping their eyes on the prize, as they need to place top two CCS in order to qualify for states.

“The last couple of years, we’ve tried to beat Bellarmine, and this year it’s definitely possible based on the depth we have on the varsity team,” said junior Donald Taggart.

The varsity team hopes to keep its hopes alive as its season continues for the CCS event in Toro Park, Salinas on Nov. 11.

Taggart said, “As long as we are all healthy, we should be able to finish top two in the division one event.”