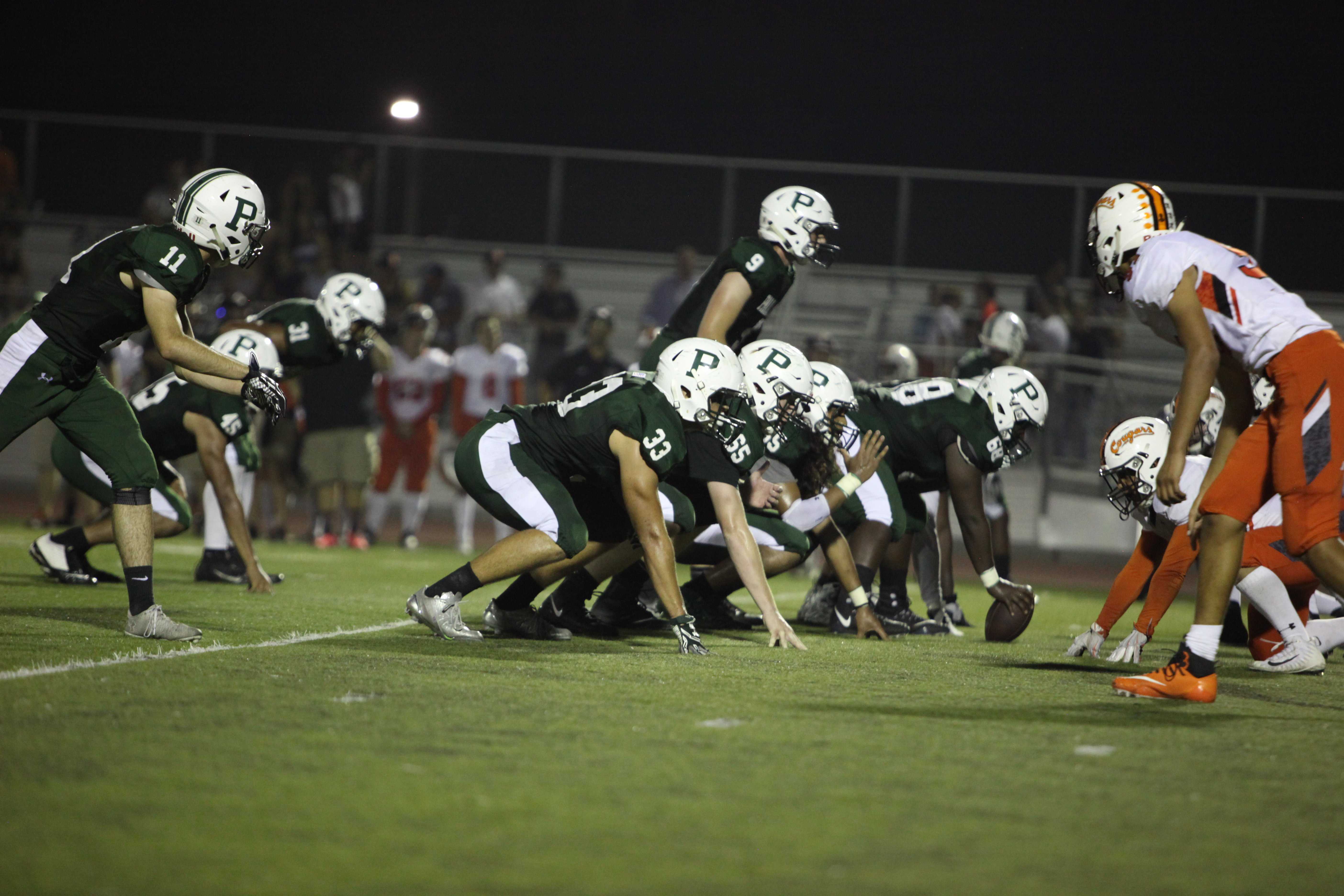 With packed stands and ecstatic cheers exuding post-Spirit Week energy, the varsity football team pulled off a win at the Homecoming game, beating Saratoga High School 42-21 and ending Spirit Week with a flourish.The team’s performance was only part of the memorable night — the float wranglers presented the Spirit Week floats from each class along with the Class of 2018’s Spirit Dance performance.

Both events drew a larger audience for the game, resulting in a rambunctious, enthusiastic crowd.

The team’s success in addition to the infectious energy of the crowd made for a thrilling night, according to Will Statler, a percussionist from the Paly pep band.

“The team did very well compared to its past [record] for home games, as well as the band, and the student section had a very fun interaction with the cheers and the stand songs. The band even got a single noise warning from the [referee]. If we made noise during a play one more time, we’d get ejected.”

The increased attendance for the big night had a big impact on the energy of the players, according to junior center Alex Daw.

“[The enthusiastic audience] was a huge help because in the past games, because we haven’t been doing so well, by halftime a lot of the people leave, and it kind of crushes the team,” Daw said. “But with more people it gives us energy, and it fuels us to keep going no matter what happens, and it gave us a better chance of winning.”

The energy the team displayed during the Homecoming game was also present the following week, when the team pulled off another win against Los Altos High School on Nov. 11, 44-7.

According to junior and outside linebacker David Hickey, this game showcased exceptional defensive play.

“I really feel like the defense played our best game of the year so far,” Hickey said. “Offensive-wise, I feel like our offensive line got a great push which helped with the run game.”

The two wins were a strong recovery from the week before Homecoming, when the team suffered a 49-0 loss against Milpitas High School. According to Daw, the Homecoming game, in particular, was a great way to bounce back from such a loss and move in a positive direction.

“I think we really bounced back well after the Milpitas loss,” Daw said. “I want to give a huge shoutout to the defense because they came out strong [in the Homecoming] game, and they were one of the main reasons we won that game.”

The loss to Milpitas was partly a result of a lack of drive, according to Damion Valencia, junior quarterback.

“People didn’t really do their jobs that much and they didn’t come out with a lot of fire,” Valencia said.

Daw attributed the loss to the strength of the opposing team as well as a lack of unity in the Paly football players.

The team’s unity appears to be a large determinant of their ability to overcome early losses in recent weeks. According to Valencia, the win against Saratoga was a result of the players working together.

Valencia said, “We all worked together as a team instead of just a bunch of individuals.”