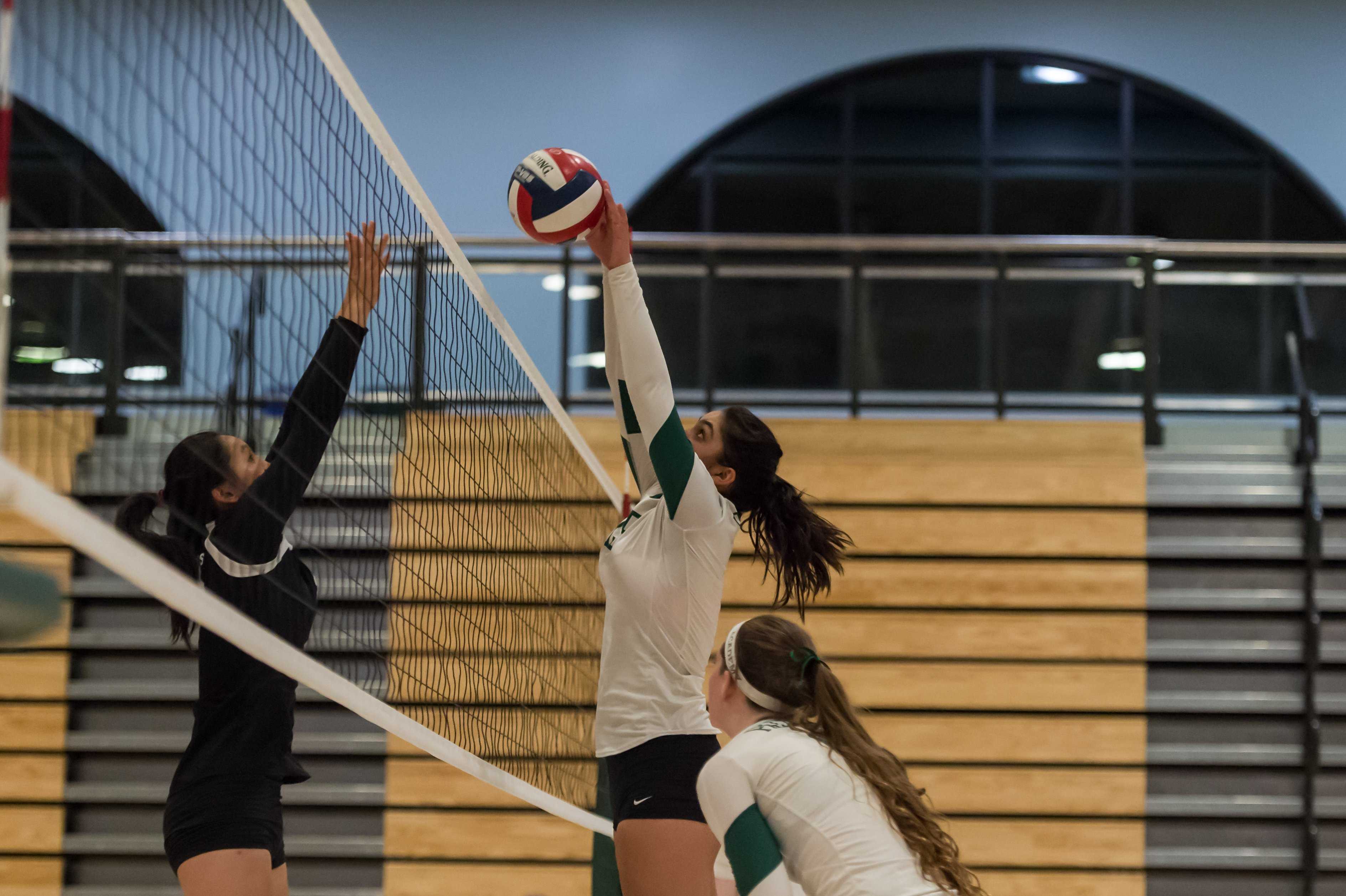 The printed version of this story incorrectly attributed the photograph (above) to The Campanile’s Peter Gold when the photo was taken by The Viking’s David Hickey.

After a season full of victories, volleyball has finished the Central Coast Section (CCS) tournament with a disappointing loss.

The varsity girls team had a 23-4 overall record, which included a winning streak of 16 games until its final CCS match.

“I would say our biggest factor in our winning streak is our determination to win and be the best we possibly can be,” said junior and opposite hitter Siena Brewster.

However, the varsity team’s recent match against Lynbrook High School was a close call, as Lybrook was expected to be a win, according to Brewster. In addition, the team faced defeat in the fifth set of its game against Saint Francis High School at the CCS tournament, resulting in a 2-3 loss.

“I would say one of our weaknesses is keeping our level of play consistent throughout each set, which I would say happened in our game against Lynbrook,” Brewster said.

Although the recent game against Lynbrook resulted in an especially close second set of 25-23, the team pulled off a win.

“Our team definitely has a lot of chemistry. Multiple players have played together outside of school.”

The junior varsity girls team, who did not partake in the CCS tournament, has finished off its season with a streak of 19 wins, and a striking overall record of 25-2.

“In volleyball, communication and knowing what responsibilities you have on the court is the most important thing for a team to work together well,” said freshman and defensive specialist Hyunah Roh. “Also, in the beginning of the season, our team had a seven-hour bonding activity, and that really brought us all together closely and that helped us unite into one team.”

This bond between teammates helps in the junior varsity team’s efforts too.

“I’ve played club seasons before, and I’ve played on several different teams with different teammates, but this season was my favorite one so far,” Roh said. “Everyone on my team was so supportive and amazing players themselves and we worked so well as a team.”

The varsity team will continue its season playing games in a lower division, as a result of its CCS loss.